How 'Drive To Survive' Has Changed Formula One In The USA

The impact of Drive to Survive on Formula 1 is well documented. It has created cult heroes, new dimensions to title battles, and has even been blamed for one of the most contentious moments in the sport's history.

It has divided fans and drivers alike, with 2021 world champion Max Verstappen refusing to take part in the most recent fourth season due to what he describes as "fake" storylines being created by the series.

Drive to Survive has revolutionised the way the sport is presented, for better or for worse, and has drawn in a new generation of F1 fans.

The effect of the series can be seen most plainly in the United States, where interest in Formula 1 has rocketed since Drive to Survive's premiere in 2019.

Drive to Survive: Netflix series has led to massive expansion of F1 fanbase

Formula 1 has always been one of the biggest sports in the world. Despite having something of a reputation as being an aloof sport, and the classic jab of "just cars going round in circles" thrown at it, the sport has been popular worldwide for the best part of 50 years now.

The sport has never been able to convincingly break the market of the US, however. There have been a handful of American teams - including current side Haas - and two American world champion drivers but the enthusiasm from US fans has never matched that of European or South American fans.

That is, until Drive to Survive came around.

The series launched in 2019 and has boomed in popularity - alongside the sport - ever since. The effect on the sport worldwide and in Ireland has been plain to see. That being said, it has been even more seismic in the United States.

One Twitter user (@nathanbaugh27) put together a thread this week which details some of the incredible statistics behind Drive to Survive's impact.

The success has translated directly to dollars.

Plus, teams are seeing an inflow of cash from the biggest brands in the world. https://t.co/sHzRcE7cWp

Sunday's thrilling season opener in Bahrain was the most viewed Formula 1 race on cable in the United States since 1995, with over a million viewers tuning in to ESPN to watch the race.

It is not just in terms of viewership and fandom that the series has impacted Formula 1. The investment into the sport has increased year-on-year, with major companies now arriving as sponsors for the biggest teams.

McLaren can now count two of the US' biggest companies as sponsors - Coca-Cola and Google - while Red Bull recently announced a title sponsorship deal with US tech firm Oracle.

One area where Formula 1 has always struggled in the United States is in the area of race-going fans. 11 US tracks have hosted a Grand Prix since the first world championship in 1950, with long periods in which the sport did not visit any tracks in the country.

There was a brief period in the 1980s when three circuits in the US were on the calendar at the same time - but the stiflingly hot Phoenix Circuit and the dull Caesars Palace GP in Las Vegas were unpopular with both fans and drivers.

The 2022 calendar sees the F1 circus visit two tracks in the US for the first time in the 21st century. The well-established Circuit of the Americas in Austin will celebrate the tenth anniversary of hosting the United States Grand Prix for the first time, while the inaugural Miami Grand Prix will take place in May.

There have been rumours of a third race being added in the US in the coming years, with Las Vegas touted as a potential venue.

It is clear that the appetite for Formula 1 action is present in the US. The 2021 race in Austin saw the highest ever attendance for a US Formula 1 Grand Prix, with 400,000 fans present over the course of the weekend. The boom in interest can be directly traced back to Liberty Media's takeover in 2018 and the inception of Drive to Survive.

One other effect noted from the Netflix series is the increase in female fans of the sport.

Drive To Survive has meaningfully increased the number of women fans of the sport.

Reports continue to proliferate about the proposed entry of a second American team into the sport for 2024, with 1978 F1 world champion Mario Andretti announcing last month that his son had applied to enter an Andretti Formula 1 team into the sport.

Interest in F1 in the United States is at an all-time high, no matter how you look at it.

Love it or hate it, Drive to Survive and its impact on Formula 1, particularly Stateside, cannot be denied.

When Liberty Media took over the sport in 2018, they stated their major aim to be making a move into the US market. They certainly seem to be on track with that goal - and they have Netflix to thank majorly for that. 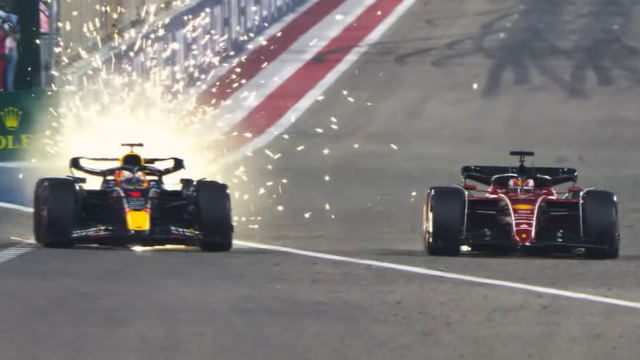