One of the most frightening incidents in recent F1 seasons occurred in Jeddah in March. A missile strike nearby to the circuit threatened the race weekend and, understandably, raised questions about the safety of the drivers.

That incident, alongside natural concerns about the country's appalling human rights record, and the poor safety conditions of the track, meant that the race went ahead under a cloud last month.

This week, we spoke to Alex Albon's personal coach, Laoisman Patrick Harding, and he told us about what it was like to be in Jeddah on that bizarre weekend. He confirmed that the drivers were unhappy with going ahead with the race weekend but that, ultimately, the decision was out of their hands.

F1 Saudi Arabia: "It was surreal more than frightening"

The questions surrounding F1 going to Saudi Arabia have long been discussed. The country's horrific human rights record, archaic policies surrounding the LGBTQ+ community, and the ongoing civil unrest in the country would all have been valid reasons not to visit the country on their own. When combined, there really is no reason other than money that explains F1's recent visits to Jeddah.

The civil unrest came close to the track this year, as a missile strike by the rebel Houthi group impacted an oil refinery less than 10 miles from the circuit during the Friday practice sessions. Discussions went through the night about the viability of going ahead with the race and, ultimately, the drivers were persuaded to race.

Harding was present in the paddock in Saudi Arabia, in his role as personal coach to Alex Albon. He said that, despite the proximity of the strike to the track, it was more of a surreal experience than anything else.

It was surreal more than frightening, I would say. It wasn’t a nice position to be in. I would say even before we travelled, it was probably the most uncomfortable I’ve been in my career in terms of going to an environment to compete in – irrespective of what happened over the race weekend. What it demonstrated was the power of money in sport.

The understandable concern around the proximity of the missile strike was not the only concern about the Jeddah Corniche Circuit. The high-speed track features many blind corners, with the concrete barriers wrapping tightly to the circuit, presenting opportunities for huge crashes.

Ferrari drivers Charles Leclerc and Carlos Sainz were among those to speak out about the poor safety conditions, while a massive crash for the Haas of Mick Schumacher in qualifying only furthered the discussion about the dangers of the high-speed, narrow track.

Harding said he was glad to see Albon and his fellow F1 drivers speak up about their discomfort with racing in Saudi Arabia.

I think the drivers had their concerns – naturally from a safety point of view, and from a moral perspective. That was really good to see, it was really good to see 20 influential guys demonstrate that they had a voice and that they were willing to have really open, honest discussions with F1 and with Saudi F1 around the safety concerns and the legitimacy of being there.

Speaking to us, Patrick Harding alluded to this, and suggested that the final decision was made by the team principals and race organisers, rather than the F1 drivers themselves.

But, ultimately, it wasn’t their decision, and the race went ahead and it’s more about what happens going forward than that race weekend itself. Like I said, it was probably more surreal more than frightening.

It's hard to see how F1 can possibly go back to Saudi Arabia after the events of this year. Then again, this is a sport that returned to Bahrain after team personnel were attacked in 2012, and had continued to visit the likes of Qatar, Azerbaijan, Russia, and Brazil despite similar safety and ethical concerns.

And, as you could expect, the race is still scheduled to go ahead for 2023, with tickets already on sale for the event. The F1 circus has been given "assurances" of their safety for next year and beyond - though, when insurgent groups are bombing sites in close proximity to the track, it's hard to understand how credible those assurances can be.

The drivers have made their concerns clear about racing in Saudi Arabia. Lewis Hamilton and Sebastian Vettel questioned the human rights conditions in the country at last year's race, and concerns only heightened this year. It will be fascinating to see if their vocality continues to increase. 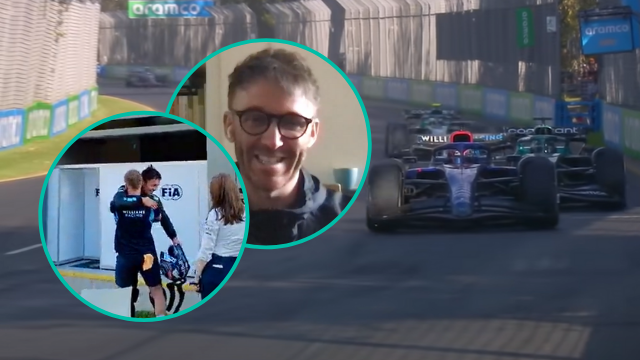