One of the most surprising television appearances of recent years came on Thursday night, when the BBC's political discussion programme Question Time was visited by four time F1 world champion Sebastian Vettel.

Of all of the people we expected to see on Question Time, a multiple world champion in Formula 1 wasn't one of the first names that would have come to mind. But, on Thursday night, that's what we got, as Aston Martin F1 driver Vettel appeared on the show.

Amongst other topics, Vettel commented on the Northern Ireland protocol, amid recent controversy surrounding Boris Johnson.

This week brought renewed controversy around the Northern Ireland protocol. Senior UK government officials suggested that elements of the Brexit agreement could be revoked, off the back of what Boris Johnson described as the "collapse" of democracy in Northern Ireland.

When asked for his thoughts on the Northern Ireland protocol on Thursday night, Sebastian Vettel said that he felt that British politicians were missing the 'bigger picture'.

He suggested that Brexit was not what European politics needed during a time of turmoil, but went on to say that the British people simply had to 'deal with' the mess they had made for themselves.

Vettel: Well, I mean I'm not familiar with all of the details, but I'm generally interested. Sometimes I'm sitting and listening to this and thinking, 'well, you're missing the bigger picture.'

The solution is that you have to do the shift moving forward - in a way, the bigger picture is that there was a push. Three little words: "get it done", or "get Brexit done". This is sort of the consequences you deal with now.

Host: How does it look from the German perspective?

Vettel: Not good! But I think German people don't understand that some things might be better, some things might be worse. I'm not the best judge here but looking at the size of problems that are ahead of us on so many levels, whether that's the environment, social justice, looking after people - we need to do this together. We will not pull this off just one of us. That's where I don't understand the push for Brexit and "we will take care of ourselves and everything will be great."

As I said, I'm not familiar with all the exact details but, in the bigger picture, now you're in this mess, you've got to deal with it!

Vettel's calm and measured comments on a tricky situation with Brexit are welcome amid the frenzy and vitriol being thrown around in recent weeks.

“Now you’re in this mess, you’ve got to deal with it”

Formula 1 Driver Sebastian Vettel gives his opinion on Brexit after being asked about the Northern Ireland Protocol. #bbcqt pic.twitter.com/SYxbon5xyL

Vettel is a keen campaigner for human rights and for sustainability, but his profession involves driving the world's fastest cars, running on 100s of kilos of fuel every weekend. When asked about the impact of his sport on the environment, Vettel said that he questions his involvement every time he steps out of the car.

Vettel was keen to speak about renewable resources of energy and sustainability throughout the episode. The host of the show, however, pointed out that Vettel participates in one of the most "gas guzzling" sports in the world for a living.

“You've talked a lot about energy...does that make you a hypocrite?”

“When I get out of the car, of course I’m thinking, is this something that we should do?”

Join us at 10.40pm on @BBCOne. pic.twitter.com/LVMMs4CuvY

Vettel gave a fascinating answer, in which he revealed that he does indeed question the hypocrisy of his climate activism alongside his profession:

It does [make me a hypocrite], you're right when you laugh. There are questions I ask myself every day. I'm not a saint. I'm very concerned when it comes to the future, on these topics when it comes to energy, energy dependence, and where we're going in the future.

It's my passion to drive a car, I love it. Every time I step in a car I love it. When I get out of the car, of course I am thinking as well - is this something we should do? Travel the world, wasting resources?

On the other hand, we are entertaining people. During COVID, we were one of the first sports to start again. When everyone's heads were about to explode, there were Formula 1 races back on. I'm not saying Formula 1 has this huge position in the world to deliver entertainment.

Vettel has previously stated that he does not fly to any of the sport's European races, choosing instead to travel by public transport if possible, or driving to each venue.

He was recently seen ahead of the first F1 race in Miami raising awareness of the bleak projections about the city's future due to rising sea levels. They suggest that vast swathes of the city will be underwater in the next 40 years.

The bigwigs in charge of F1 have announced regulation changes planned for 2026, which will decrease the amount of fuel used by each car, increase the importance of energy recovery systems, and ensure that at least 50% of each car's fuel supply is comprised of biofuels.

Sebastian Vettel sits 14th in the F1 world championship standings. He was unlucky to lose out on eighth place late on in the Miami Grand Prix after a late collision with Mick Schumacher. 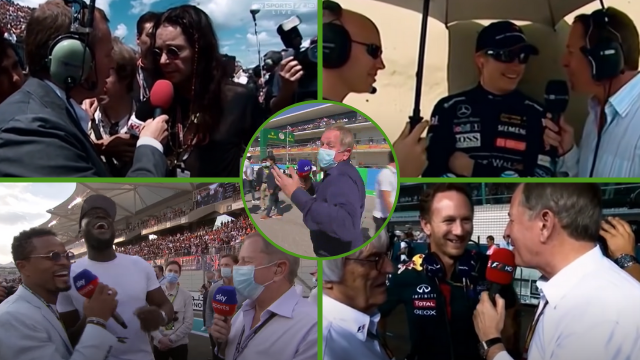