Motorsport
May 8, 2022
By Eoin Harrington

Ferrari were the ones smiling after qualifying on F1's first visit to Miami. Charles Leclerc and Carlos Sainz locked out the front row, after a frustrating session for Max Verstappen and Red Bull.

Verstappen spoke after qualifying about his frustration with Red Bull's reliability issues. His car suffered issues during Friday practice which limited his time on track, and he ultimately lost out on pole position due to a mistake in the early part of his final qualifying lap.

In the context of the title battle, Verstappen said that his team cannot afford any more weekends like they have experienced so far in Miami.

It's been a stop-start opening to the F1 season for defending world champion Max Verstappen. The Dutchman has won two of the opening four races - but has retired from the other two due to issues with his Red Bull car.

More issues on Friday left Verstappen without vital track time to prepare for qualifying. After qualifying in third place, he made his frustrations with his own team plain.

My weekend - it's been incredibly messy. We just make it super difficult for ourselves. Basically [only] four or five laps yesterday, then you start today still learning the track, try to find a set-up because yesterday you have no clue what works, because there's not really a lot of data to look at.

You cannot afford that on a new track like this - and a street circuit in general - because it's very critical to do laps and understand the car and get in a rhythm.

On a normal track, it's quite easy to get in a rhythm. On a street circuit, it's a lot more difficult. We basically failed on that side.

I think in general we are experienced enough to catch up quite a lot of it, but to really fight - especially against a strong team like that - you cannot afford it. Of course, we still got close, but I think we could have done a much better job today if we had a cleaner Friday.

The lack of track time led to uncertainty with the car set-up, and Verstappen said that his "weird" mistake in Q3 was caused by not knowing the limits of his Red Bull car.

A costly error for the Dutchman in the final stages of qualifying 😩#MiamiGP #F1 pic.twitter.com/alE7EGLyKx

Red Bull will nonetheless hope that Sunday's race is better for them. The presence of two long straights, coupled with their top speed advantage over the Ferraris of Leclerc and Sainz, will have Verstappen and teammate Sergio Perez (P4) in contention for the race win.

Despite the reliability issues, Verstappen was happy with qualifying in P3. He will need his team to prevent similar issues in the coming races if he is to claim another F1 world championship in 2022. 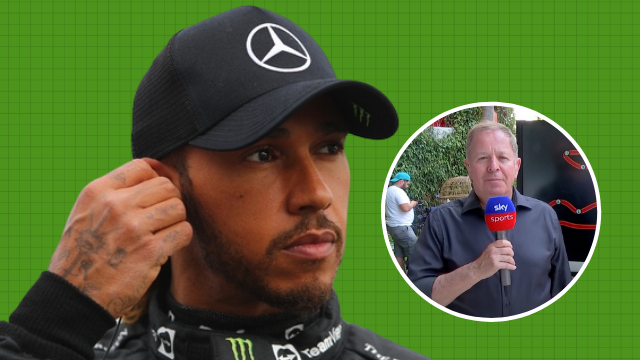 Motorsport
12 hours ago
By Eoin Harrington
F1: New Team Radio Clips Show Sergio Perez Frustration With Team Orders In Barcelona
Motorsport
1 day ago
By Eoin Harrington
F1: What Barcelona Taught Us About A Potential Lewis Hamilton Revival
Motorsport
2 days ago
By Eoin Harrington
Balls Remembers: When An Irishman Nearly Won The 1982 Monaco Grand Prix
Popular on Balls
Football
19 hours ago
By Colman Stanley
BBC Apologise After 'Manchester United Are Rubbish' Ticker Error
Football
1 day ago
By Gary Connaughton
Gary Neville Worried About Future Of Burnley After Relegation To Championship
GAA
2 days ago
By PJ Browne
Controversy In All-Ireland U20 Hurling Final Over Dubious Crucial Point
GAA
1 day ago
By PJ Browne
How A Kerry Guard Ended Up Playing For The Tipperary Footballers