Saturday saw the first F1 sprint race of 2022 at Imola - and it was the first attempt at the format that brought a pass for the lead. The 100km race to set the grid order for Sunday's main event saw a late battle for the lead between Max Verstappen and Charles Leclerc.

Verstappen was overtaken at the start by the flying Ferrari of Leclerc. Last year's world champion was able to catch up in the closing laps, however, and made a thrilling pass on the penultimate lap to take first place and claim P1 on the grid for Sunday's Grand Prix.

The sprint at Imola suggested that the changes made by F1 to the format of the race may be pushing the concept in the right direction.

The F1 sprint format has divided fans since its introduction in 2021. There have been some exciting incidents but, other than Lewis Hamilton's charge through the pack in Brazil last year, most of the sprint race's most exciting moments have come on the opening lap. with the races after the first lap tending to be somewhat processional.

This weekend's Emilia-Romagna Grand Prix at Imola brought with it the first of three sprint races for 2022. The format of the sprint race has been tweaked slightly for this season, with points now awarded as far down as P8, rather than just for the top three, as it was last season.

The changes to the sprint race format, coupled with the dramatic rule changes making following and overtaking easier, had fans hoping that Saturday's half-hour dash would bring more excitement than last year's attempts.

Thankfully, the changes seem to have worked all round.

Max Verstappen started on pole after Friday's hectic qualifying session, but a slow start saw the Ferrari of Charles Leclerc bomb past the Red Bull on lap one. The home fans in Italy were ecstatic to see the red car take P1 and, for some time, it seemed like Leclerc would cruise to victory.

It's lights out and away we go for the Emilia Romagna Sprint! 🟢

And Charles Leclerc has taken the lead! 😮 pic.twitter.com/dj9COT8rmq

This was a major test of the merits of the F1 sprint format. One of the questions raised about the concept was whether drivers would be willing to risk racing against each other during Saturday's race, given the potential to jeopardise their performance in the main event on Sunday.

With extra points on offer for 2022, however, there was more reason to push in the sprint race, and Verstappen showed that with his thrilling chase at the close of the race. He began to close the gap to Leclerc, and followed the Monégasque driver closely for several laps, before making a decisive pass at turn one on lap 20 of 21.

MAX VERSTAPPEN TAKES THE LEAD OF THIS SPRINT! 😮 pic.twitter.com/MSJl9z3XSY

It was the fourth event in a row that has seen the two duel on track for P1, and was proof that drivers are starting to take more risks in the sprint race.

Whether that is down to the changes in the sprint format, or the technical changes introduced to F1 in 2022, Saturday's race certainly felt more exciting than any of 2021's sprint events.

It wasn't just the battle for the lead that brought excitement at Imola. The addition of points as far down as P8 brought a thrilling battle further down the field, with Kevin Magnussen, Valtteri Bottas, and Fernando Alonso duelling over the final points positions for the duration of the race.

There were also several daring passes into turn one, with Daniel Ricciardo's brave move on Kevin Magnussen another example of how drivers are willing to risk more in the F1 sprint races this year than last.

"A beautiful move by Daniel Ricciardo!" 👏

Danny Ric goes down the inside on Kevin Magnussen to move up into P5! 💪 pic.twitter.com/BxBQe0dUWq

There are still questions to answer about the F1 sprint. It is possible that much of the excitement on Saturday came from the fact that several big players were out of position for the race, meaning that racing was inevitable up and down the grid.

That being said, it certainly seems as though some of the most pressing issues with the format of the sprint races have been solved for 2022. The next attempt at F1 sprint in Austria in July will give us a clearer idea of the format's long-term feasibility.

On a track not exactly famed for being easy to race on, however, the excitement of Saturday at Imola showed that the F1 sprint, as an experiment, has every reason to stay. 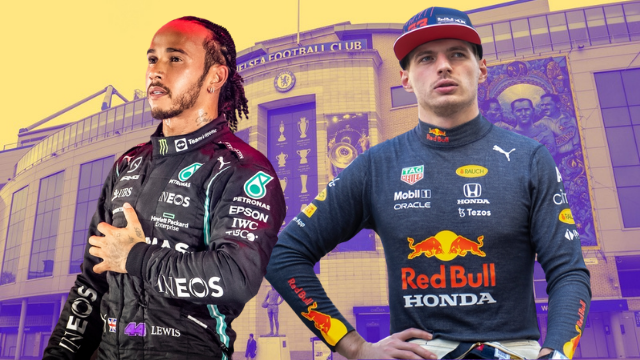