Fernando Alonso hasn't had much to cheer about since his return to F1 this year - but the inaugural F1 sprint race on Saturday saw him steal the show with an incredible start.

Two-time world champion Alonso returned to the sport for 2021 after a two-year absence, signing for the rebranded Alpine team. The 39-year-old has consistently featured in the points, but has struggled to finish higher than 8th since the start of the season.

Saturday saw a new sprint race take the place of a traditional qualifying session and set the grid for Sunday's race. Alonso started the sprint race in 11th, but by the end of the first lap he was in an incredible 5th.

The video of Alonso's race start is quite incredible, as he made the most of his faster soft tyres to run rings around the likes of Sergio Perez, Carlos Sainz, and four-time world champion Sebastian Vettel.

The highlight of the first lap was his final overtake, on McLaren's Lando Norris. Going into the fast Copse corner, Alonso hung it out around the outside and inched ahead of Norris, who has been turning heads with his consistently impressive performances for McLaren.

Alonso would go on to finish in seventh, with Norris and Daniel Ricciardo eventually making their way back past him before the race end, but he was the big winner from the new race format. Having initially qualified in 11th, his performance on Saturday means he will start in P7 for Sunday's main event.

Wins the first ever F1 Sprint

Starts from pole for Sunday's race

The winner of Saturday's sprint race was championship leader Max Verstappen, who extended his lead over Lewis Hamilton to 33 points. Hamilton had started in first but gave up the lead at the first corner with a slow start.

There had been plenty of questions asked about the sprint race format, and some remain ahead of the main event on Sunday, but if nothing else it gave us that incredible start from Fernando Alonso - and that's a win in our book.

SEE ALSO: 'It Was Just A Little Toss' - Rory McIlroy Makes Light Of Frustrations On Day Three At The Open 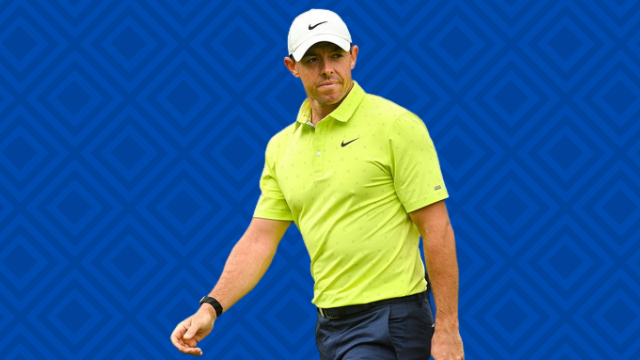