Netflix’s Formula 1 documentary series Drive To Survive is one of the best sports series out there. The first two seasons told the stories of the 2018 and 2019 seasons and season three, focusing on the 2020 season, is finally here.

The new F1 season is only a week away, so the new season of Drive To Survive couldn’t be more perfectly timed. We decided to look back on last season and pick some of the storylines that we’re most excited to see behind the scenes action from in season three.

Romain Grosjean’s escape from an inferno

The F1 image that captured the world’s attention last year was Haas driver Romain Grosjean’s miraculous escape after his car burst into flames at the Bahrain Grand Prix in November. On lap one of the race, he collided with Daniil Kvyat, sending him into the barriers at an angle that tore his car in half and ripped open the fuel cell.

The shot of Grosjean’s car engulfed in an inferno shocked the world – but the most stunning moment came when the Frenchman clambered out of his car almost half a minute later. Grosjean was largely unhurt, suffering only burns to his hands.

Drive To Survive should give us a fantastic behind-the-scenes look at Grosjean’s return to the circuit just a week later, as well as the reaction at Haas to his incredible escape.

A heart-stopping moment on Lap 1 in Bahrain

F1 fans have become accustomed to Lewis Hamilton and Mercedes racking up the wins in recent years. Even casual fans, or those who don’t watch the sport but have watched the first two seasons of Drive To Survive, will know that a non-Mercedes win is rare and that a win from a team other than the “big three” of Mercedes, Red Bull and Ferrari is even rarer.

Last year, however, we got two first time race winners – Pierre Gasly of AlphaTauri and Sergio Perez of Racing Point. Both wins came in chaotic races where Mercedes’ drivers slipped up.

Gasly and Perez’s careers have both been emotional rollercoasters, so we can’t wait to get a behind the scenes look at the aftermath of their wins in Italy and Bahrain. 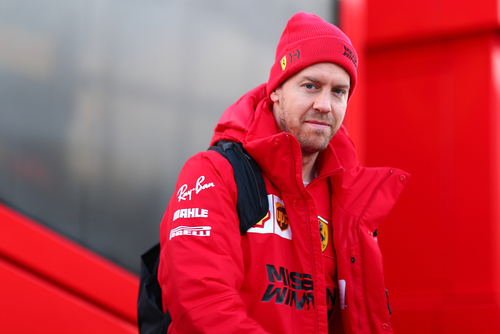 One of the biggest F1 news stories in 2020 was Ferrari’s decision to sack four-time world champion Sebastian Vettel.

The former Red Bull driver had a woeful year on-track last year, finishing over 60 points behind his young teammate Charles Leclerc – but before the season even started, he was told by his team that he was getting the boot at the end of 2020.

It’s rare in any sport for someone as successful as Vettel to be dumped by their team and the stature of Ferrari only added to the drama. The split played out bitterly in public, so we can only imagine how things looked behind closed doors – we’ll finally get an insight in season three.

The driver merry go round

Vettel’s departure from Ferrari kicked off a chain reaction of moves across the grid. His replacement, Carlos Sainz, left an empty seat at McLaren, while Vettel’s move to Racing Point left Sergio Perez desperately searching for a drive for 2021.

The first two seasons of Drive To Survive gave us a great behind-the-scenes insight into how drivers make their decisions when moving teams. The market has rarely been as active as it was in 2020, so the third season is all set up to follow the lead of the first two.

The return of fan favourites

Drive To Survive has made Haas team principal Guenther Steiner and Australian driver Daniel Ricciardo into cult heroes. The two were the most featured characters across the first two seasons – and for good reason. Steiner’s obvious rage whenever his team slips up makes for great television, while Ricciardo is well-known as the sport’s joker.

With Haas’ struggles getting worse in 2020, we can expect to see plenty more of Steiner – it will be intriguing to see how he responded to Grosjean’s crash in Bahrain. Meanwhile, Daniel Ricciardo made a long-awaited return to the podium in 2020, so we can’t wait to see more of the happy-go-lucky Australian.

A first trip to the podium for @danielricciardo since his win in Monaco 2018 🍾#EifelGP 🇩🇪 #F1 pic.twitter.com/Gq5LDfUCZe

There's plenty more to look forward to - from Nico Hulkenberg's surprise return, to Lewis Hamilton's record-breaking year. If you're at all like us, you'll have the couch booked out for the weekend to binge through season three - it's out on Netflix now. 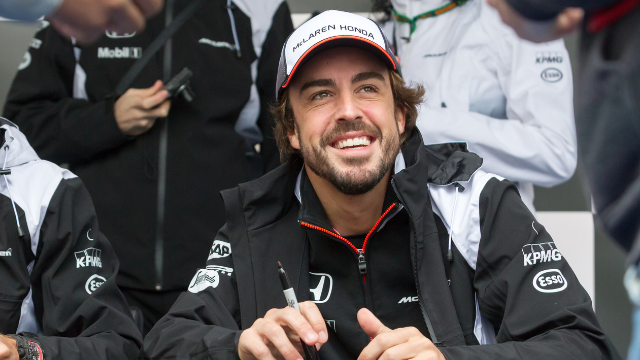