Watch: Kimi Raikkonen Goes From 16th To 6th In One Brilliant Lap

The headlines from Sunday's Portuguese Grand Prix may have been once again grabbed by Lewis Hamilton, after the Mercedes driver beat Michael Schumacher's all-time record, winning his 92nd Formula 1 race, but the first lap of the race belonged to someone much further down the grid.

Kimi Raikkonen is 41 now, and his glory days in Formula 1 are well and truly behind him. The Finnish driver was the 2007 World Champion and had a long career at the front of the grid with McLaren and Ferrari, amassing 21 wins.

Nowadays, he's making his living at the other end of the grid with the Alpha Romeo team, but for one lap yesterday he rolled back the years in spectacular fashion.

Starting at 16th on the grid, Raikkonen briefly lost a place before tearing through the field, and making it to 6th place by the time he came out of Turn 1 for the second time.

It was an extraordinary couple of minutes when viewed from his on board camera.

It was a drive that reminded us of playing old Formula 1 Playstation games on Amateur, having not bothered with qualifying. As a real life drive, it was as daring and as brilliant as it gets. His team's Twitter account said it best, a masterclass!

Unfortunately for Alpha Romeo and for Kimi Raikkonen, the good start wasn't good enough to pick up some points. The Finn was passed late in the race for 10th place, and ended up in 11th, just one point outside the scoring. 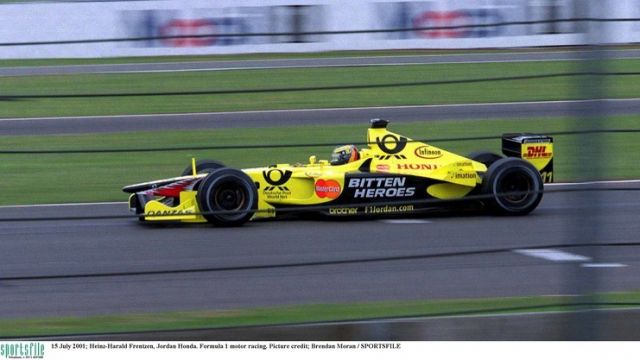 Motorsport
3 days ago
By Eoin Harrington
How To Spend Your Time In The Formula 1 Off Season
Motorsport
5 days ago
By Eoin Harrington
Sam Bird Sums Up Why Irish Viewers Need To Tune In For New Season Of Formula E
Motorsport
1 week ago
By Eoin Harrington
Northern Irish F1 Race Winner Thinks 'Drive To Survive' Is To Blame For Recent Controversy
Popular on Balls
GAA
3 days ago
By PJ Browne
Tiernan McCann Decision Part Of Worrying Trend For Tyrone
Football
1 day ago
By Jonathan Byrne
Report: Festy Ebosele Attracting Interest From Bundesliga And Serie A
Football
1 day ago
By Jonathan Byrne
Peter Crouch's Stories of Being David Ginola's Bootboy Are Comedy Gold
GAA
2 days ago
By PJ Browne
Army Gave Sue Ramsbottom No Time To Drown Sorrows After Laois All-Ireland Loss