Lewis Hamilton only had himself to blame after two crashes in Russian Grand Prix qualifying cost him a shot at pole position - and handed an opportunity to his fellow Briton Lando Norris to take his first ever P1.

Hamilton and Mercedes had been the frontrunners across the practice sessions, but rain dampened their pace on Saturday afternoon and they will have to make do with 4th and 7th on the grid for Sunday's race.

The conditions on Saturday morning in Sochi were appalling, with torrential rain leading to Formula 2 and 3 - as well as the morning practice session for F1 - cancelled.

Luckily, the rain cleared just in time to start qualifying as scheduled, with even a hint of sunshine as the cars took to the track on the banks of the Black Sea.

There was drama throughout qualifying, and surprises aplenty, as the slowly drying track wreaked havoc with the teams' and drivers' plans.

Aston Martin's Sebastian Vettel and AlphaTauri's Pierre Gasly had been frontrunners on Friday, but the rain saw them both exit in the second phase of qualifying - and Vettel was raging at his early departure.

Seb was told on the team radio that he is in P11 in qualifying at Sochi:

"No way! No f*cking way. Aaaaargh! I lost so much time with Tsunoda. F*ck."#RussianGP #Vettel pic.twitter.com/QGSUYb14xk

Despite everything going on around them, the Mercedes cars of Lewis Hamilton and Valtteri Bottas were still comfortably the pace setters heading into the final segment of qualifying, with the top ten drivers battling to set the fastest time and take pole position.

With championship rival Max Verstappen starting from the back of the grid due to a penalty, this was a big chance for Hamilton to take pole and make the most of the opportunity - but he was the catalyst of his own downfall, as he bizarrely hit the wall on the way into the pits and, after changing his front wing, spun again on track and hit the wall approaching the final two corners.

Lewis Hamilton was the man to beat in #RussianGP qualifying... before it all went wrong at the end of the shootout#SkyF1 | #F1

Hamilton's crash in the pitlane probably came out of desperation to get the dry tyres on his car. With about five minutes of qualifying to go, Williams driver George Russell - who will partner Hamilton at Mercedes next year - was brave enough to move to the much faster slick dry tyres, and every one of the top ten followed him in as the track had dried sufficiently.

What followed was a banzai final set of runs, as drivers fought the cars on the damp track and, at the end of it all, 21-year-old Lando Norris took a sensational first ever pole position.

What a moment for @LandoNorris as he clinches the first pole position of his F1 career! 🎧 😊 🚀#RussianGP #F1 pic.twitter.com/0tVfN4CqTU

Norris has been a driver-of-the-year contender this season, with three podiums for McLaren - and he was unlucky not to be the one to take the team's first win in nine years last time out in Monza. He has consistently outperformed more experienced teammate Daniel Ricciardo, and has a fantastic chance to give McLaren their second win in a row on Sunday.

His former teammate Carlos Sainz took an equally impressive P2 for Ferrari, with George Russell continuing his frankly ridiculous run of form in the uncompetitive Williams car to take third on the grid for Sunday's race.

Despite missing out on a run on dry tyres, Hamilton will still start the race in fourth, with teammate Bottas starting seventh.

After a start to the weekend that suggested Mercedes would romp their way to victory, the muddled grid order - coupled with the front runners of Max Verstappen and Charles Leclerc starting from the back - mean Sunday's race is set up to be a classic - at the Russian Grand Prix, of all races.

Roll on lights out at 1pm Sunday. 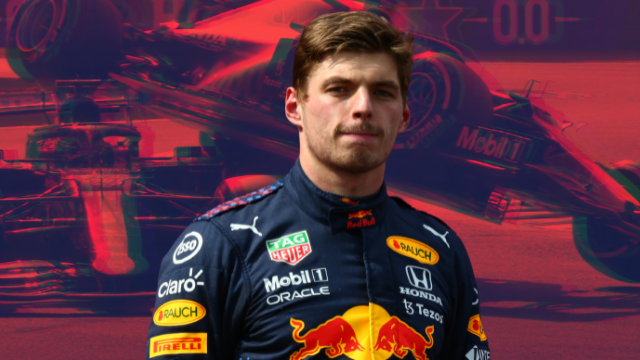