Mercedes and Lewis Hamilton have faced a massive backlash in the UK after a sponsorship deal was announced with Irish company Kingspan, the firm that provided some of the insulation in Grenfell Tower, which tragically burned down in 2017, claiming the lives of 72 residents of the apartment building.

Co. Cavan-based Kingspan were this week announced as a new sponsor for the Mercedes AMG F1 team. Kingspan specialise in insulation and building materials, and the partnership was hailed by the German team as a step forward in their efforts to improve sustainability.

The Kingspan logo will appear on the Mercedes car of Hamilton and Valtteri Bottas at this weekend's Saudi Arabia GP.

Glad to have you onboard, Kingspan! 👊 Welcome to the Team! 👏

An exciting partnership, starting for these final two races of the 2021 season 🙏 pic.twitter.com/0ctNdzXFBJ

The devastating fire has been attributed to poor structural integrity, with the building's exterior found to be outside of regulations in a 2019 inquiry.

The fire at Grenfell brought an immense outpouring of grief at the time, not only from the bereaved, but from the British public at large. Regular marches calling for justice for Grenfell have taken place in the years since, and Formula 1 driver Lewis Hamilton expressed support for the movement just last June, on the third anniversary of the fire.

Hamilton has faced criticism this week in the aftermath of the partnership between and Kingspan and his team Mercedes.

Mercedes released a statement in response to the backlash, clarifying that Hamilton and his teammate Valtteri Bottas had played no role in the new sponsorship deal.

Nabil Choucair is one of the most vocal from the movement for justice for Grenfell, having lost six family members in the 2017 fire. Speaking in the aftermath of the announcement from Mercedes, he expressed specific disappointment with Lewis Hamilton, and his lack of action behind his words.

You can’t support the community and say you respect the deceased and families and still take sponsorship like this.

Mercedes themselves were also criticised by Grenfell United, a group which supports survivors of the fire. Writing an open letter to Mercedes team principal Toto Wolff, they called the sponsorship 'truly shocking'.

Kingspan have cooperated with the Grenfell inquiry throughout. In a statement to the Guardian in the aftermath of the Mercedes deal being announced, Kingspan said:

Kingspan played no role in the design of the cladding system on Grenfell Tower, where its K15 product constituted approximately 5% of the insulation and was used as a substitute product without Kingspan’s knowledge in a system that was not compliant with the buildings regulations. The new partnership with the Mercedes-AMG Petronas Formula One team reflects the ambitious sustainability targets of both organisations.

Tory MP Michael Gove, the UK's minister for housing, was among those to criticise the partnership.  Gove called the deal "deeply disappointing" and called on Mercedes to reconsider the sponsorship.

Deeply disappointed that @MercedesAMGF1 are accepting sponsorship from cladding firm Kingspan while the Grenfell Inquiry is ongoing. I will be writing to Mercedes to ask them to reconsider. The Grenfell community deserves better. https://t.co/O9RThVXUuX

Kingspan, meanwhile, have rejected allegations that the sponsorship is a form of  'corporate greenwashing'.

Kingspan are quite active in the area of sports sponsorship on this island. Kingspan sponsor Cavan's jerseys and home stadium. They are also the title sponsor of Ravenhill, the home of Ulster Rugby.

For Lewis Hamilton, the controversy surrounding his team's business dealings is an unwelcome distraction as he enters the final two races of the season chasing down Red Bull driver Max Verstappen in pursuit of a record eighth world title.

The inquiry into the Grenfell Tower Fire continues apace, and Kingspan say they will continue to support "the vitally important work of the Inquiry to determine what went wrong and why."

UPDATE: Friday afternoon, Mercedes issues a statement addressed to Grenfell United apologising for the hurt caused by the announcement.

A letter from Toto Wolff to Grenfell United. pic.twitter.com/OcczmEP4yA 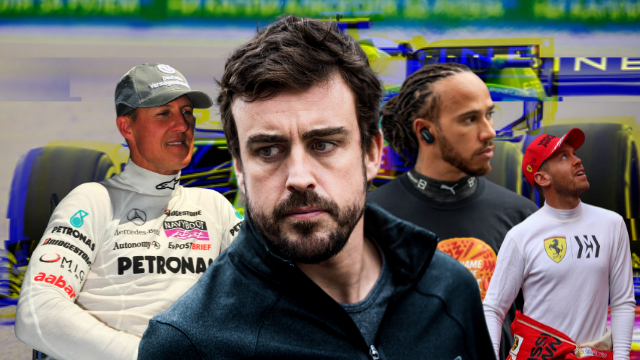