Motorsport
May 9, 2022
By Gary Connaughton

Lewis Hamilton Was Not Happy With Mercedes Request During Miami GP

Considering how accustomed he is to competing at the very top of the driver standings, this season must be an incredibly frustrating one for Lewis Hamilton.

Mercedes look well short of challenging Ferrari and Red Bull as things stand, having experienced numerous problems with the their car up to this point in the season.

It was a mixed race for the seven-time world champion in Miami. He managed to retain that sixth position that he started the race in, although he would end up finishing behind Russell despite the 24-year old having finished 12th in qualifying.

Hamilton believes team strategy might have played a part in that.

With the safety car out on the track late in the race, the team radio asked Hamilton if he wanted to use this opportunity to change to a new set of tyres. This was an odd move, with teams usually advising their drivers when to pit.

Speaking after the race, Lewis Hamilton did not seem pleased that the team had put him in the position of having to make this decision himself. He also questioned the decision not use hard tyres from the start of the race, something Russell had benefitted from as he moved up the order.

Here's what he had to say following his sixth-place finish in Miami 🔊🔛 pic.twitter.com/PX8HAoPidW

In that scenario, I have no clue where everyone is, so when the team say 'it is your choice', I don't have the information to make the decision.

When you are given that responsibility it feels like gambling and I don't like that. It was just a bit unfortunate...

George was on the best tyre to start with, and in hindsight maybe I could have started on the hard tyre. But he did a great job to recover from his starting position.

He was fair and had fresh tyres so I was a bit of a sitting duck. I am waiting for a change in fortune, but until then I will keep working as hard as I can.

Hamilton will be hoping for a better showing in Barcelona in a couple of weeks, a race he has won on a record six occasions.

As for Mercedes, their hopes of a ninth consecutive constructor's championship are slowly slipping away

SEE ALSO: Martin Brundle Thought He Was Talking To Patrick Mahomes, He Was Not 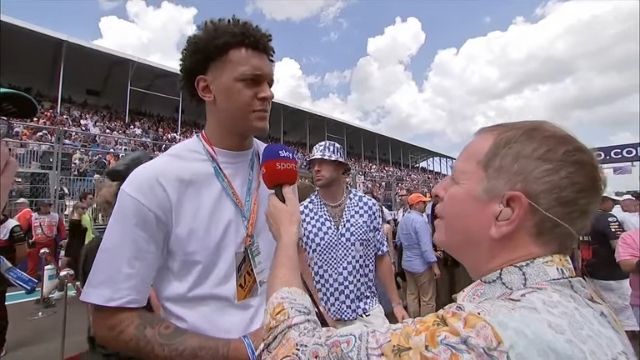