Martin Brundle's iconic grid walk has become almost as synonymous with the pre-race coverage of Formula 1 as 'The Chain' by Fleetwood Mac. The pre-race segment sees Brundle make his way along the start-finish straight as the cars take their places, and attempt to catch a quick interview with any drivers or celebrities he can find.

Former Jordan and McLaren F1 driver Brundle has made his name in media as a fantastic F1 commentator first and foremost - but Sunday's race in Miami saw him in the headlines for a rather more humourous reason.

Brundle approached prospective NBA hotshot Paolo Bonchero for an interview on the starting grid - but, unfortunately, made the slight error of thinking that Bonchero was in fact the American footballer and Kansas City Chiefs quarter back Patrick Mahomes.

There's no doubt that Brundle, who sat on the F1 podium nine times during his career, is one of the great sports broadcasters of his generation, but his career has been dotted with similarly hilarious moments to Sunday's case of mistaken identity.

When it comes to the funniest Martin Brundle grid walk moments, there is nowhere to start other than his bizarre interaction with Ozzy Osbourne at the 2003 Canadian Grand Prix. Asked an innocuous question about his wife Sharon, Osbourne proceeds to ramble on a surreal rant about a Broadway musical about Russian mystic Rasputin, before explaining that his dogs are "all at home shitting".

For everyone who found out who Martin Brundle was today, enjoy this all time grid walk moment #MIAMIGP pic.twitter.com/wTietN59Xu

Brundle's line of "I'll have to think of a question for that answer" is an all-time great interview moment.

Only last season, there was another vintage Brundle moment, as he was shut down by Megan Thee Stallion's bodyguard while attempting to speak to the rapper ahead of the US Grand Prix.

Last season's final race in Abu Dhabi brought a similarly star-studded lineup of guests to the grid as last weekend's Miami GP. Brundle got the chance to speak to plenty of them, including sprinter Usain Bolt (0:44 in the below clip) and rapper Stormzy (5:53).

There are several highlights here. Brundle first asks Stormzy a question about the title battle built around the titles of two of the rapper's songs, before appearing to be taken aback by the enthusiasm of Champions League-winning footballer Patrice Evra. Brundle almost appears unaware of who Evra is.

He most certainly didn't know who Arsenal full-back Hector Bellerin was when he approached the Spaniard ahead of the 2018 Canadian Grand Prix.

Brundle regularly speaks to drivers on the grid as well, and the most famous incident here came during his time with ITV in 2006.

Michael Schumacher's last race for Ferrari saw the seven-time world champion presented with a commemorative gift by Pelé - but Kimi Raikkonen missed the presentation. When asked why he had missed the ceremony by Brundle, Raikkonen gave a candid explanation.

At the Australian Grand Prix during Brundle's time at ITV, Ecclestone dragged him to speak to the Prime Minister of Spain - without telling Brundle who it was he was meant to be interviewing.

One unfortunate incident came at the 2007 Chinese Grand Prix. One steward on the pit straight appeared completely unaware of who a bemused Brundle was, and told him to leave the grid before the grid walk was complete.

Brundle has been turned away by many a celebrity in his time, including Mariah Carey and Venus Williams.

One of the best of these instances came from the Malaysian Grand Prix, when Lightning McQueen himself Owen Wilson appeared determined to ignore Brundle.

But it's not just the interviewees who are capable of bringing some funny moments. Brundle himself has proven his witty and humourous personality on numerous occasions in the past. At the 2013 Singapore Grand Prix, he memorably fought back against a dig from Red Bull team principal Christian Horner.

Martin Brundle's grid walks are one of the true highlights of modern sports broadcasting, and there are even more brilliant moments than those above. They were summed up nicely by this montage from Sky Sports at the 2017 British Grand Prix.

The montage takes in interviews between Brundle and Ronaldo, Nicole Scherzinger, Hugh Grant, and Bryan Adams among others. Roberto Carlos' wary look when Brundle attempts to ask if David Beckham is moving to Real Madrid is a particularly hilarious moment.

SEE ALSO: F1: What Miami Taught Us About The Duel Between Verstappen And Leclerc 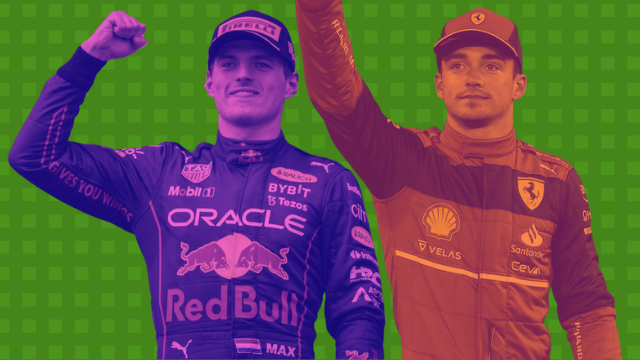 Motorsport
2 weeks ago
By Eoin Harrington
The Frantic And Turbulent History Of F1 Racing In The United States
Motorsport
1 year ago
By Eoin Harrington
Balls Remembers: Jordan's Last Ever F1 Race Win
Motorsport
5 years ago
By Gavin Cooney
Faster Than Senna - The Greatest Irish Sportsman There Never Was
Popular on Balls
Football
17 hours ago
By Colman Stanley
BBC Apologise After 'Manchester United Are Rubbish' Ticker Error
Football
1 day ago
By Gary Connaughton
Gary Neville Worried About Future Of Burnley After Relegation To Championship
GAA
2 days ago
By PJ Browne
Controversy In All-Ireland U20 Hurling Final Over Dubious Crucial Point
GAA
23 hours ago
By PJ Browne
How A Kerry Guard Ended Up Playing For The Tipperary Footballers