Has Lewis Hamilton Met His Match With Max Verstappen?

Lewis Hamilton has been a perennial winner for years now. He's won six world championships and 77 races since joining Mercedes in 2013 and, if we're honest, no one has come close to challenging him for a full season since Nico Rosberg retired in 2016.

This year, though, is looking like it could be very different because of one man and one team: Max Verstappen at Red Bull.

There's a few reasons why this year feels different to any others recently, but chief among them is the fact that Verstappen is on top form, and he has the car to support his pace. The Red Bull car is very quick and, unlike in recent years, it's very quick on most kinds of circuits.

Since F1's regulations changed in 2014 to put a greater emphasis on engine power, Mercedes have had the upper hand. Even when they changed again in 2017 to shift the emphasis to fast cornering speed, Mercedes remained the fastest. The 20 race wins Red Bull have managed in that time have largely come from picking up scraps when the Mercs make mistakes, or on slower tracks where their car works better.

This year their car looks a clean match for Mercedes. Honda have upped their engine production game and that, Red Bull's aerodynamic gains, along with a minor rule change to the floor of the cars that has disadvantaged Mercedes, mean that it's all to play for.

But who is the man tasked with stopping Lewis Hamilton? To many F1 pundits, Max Verstappen may very well be the next Lewis Hamilton. He made his F1 debut at the age of just 17, and won his first race at the age of just 18. He's still only 23, but already has 125 races under his belt. With his whole career ahead of him, Verstappen is somehow in his seventh season in F1.

His raw pace is astonishing, but he has drawn criticism in the past for how aggressive his overtaking and racing can be. The 2018 season was a particular low point, as Verstappen had multiple incidents and crashes - including two with Hamilton - is that cost his team valuable points at the start of the season.

But, as he's grown into his 20s, Verstappen has matured well. Though there is the occasional spout of petulance or anger, he's now a much more measured and composed driver, and it's serving him well. He's made one mistake in the opening six races, and that came at a pivotal moment of the season opener. Since then, he's not put a foot wrong, dominating in Imola, as well as picking up the scraps in Monaco as others made mistakes.

We didn't have to wait long to see @LewisHamilton and @Max33Verstappen go wheel-to-wheel this weekend 🤩🍿#ImolaGP 🇮🇹 #F1 pic.twitter.com/8LYds9nVgv

That is perhaps the biggest reason why this year feels different to any post-Rosberg season for Hamilton. Since the German's retirement after winning the 2016 title, Hamilton has been near-flawless. It's hard to think of any sportsperson, in any code, who has made as few mistakes over the past five years as Lewis Hamilton has.

When Sebastian Vettel fought it out for the 2017 and '18 titles with Hamilton, he and Ferrari made multiple mistakes that cost them dearly. If it hadn't been for Vettel's opening lap collision in Singapore in 2017, or crashing out of the lead at his home race in 2018 (both races Hamilton won), Hamilton would have had his work cut out for him holding onto his world titles.

What's quite incredible is that it appears the pressure may just be getting to Hamilton, just like it did in 2016 when Nico Rosberg beat him to the world title. For the first time since that year, little hints of mistakes are creeping in. He was lucky to escape from a gravel trap in Imola, and had a shocker of a weekend in Monaco to come home in seventh.

The mistake? Rare from Hamilton 🤯

The recovery? Classy, determined, and skilful as ever 😎#ImolaGP 🇮🇹 #F1 pic.twitter.com/sIZcfpT528

Last weekend's race in Baku was perhaps the clearest example yet of how things are going the way of Hamilton's rivals rather than vice versa this year. Through no fault of his own, Verstappen crashed out of the lead he had held throughout the race, when his tyre blew close to the finish.

At the race restart, Hamilton was presented with a golden opportunity to take the lead and turn a 15-point deficit to Verstappen in the championship into a 24-point lead. Instead, he pressed the wrong switch on his steering wheel, locked his brakes, and came home outside the points.

The mistake means Verstappen goes to the next race still four points clear in the standings, despite failing to finish the race in Baku.

Sergio Perez is up to P3, and some guy called Sebastian Vettel is a new entry at P9! 🙌😃#AzerbaijanGP 🇦🇿 #F1 pic.twitter.com/uU48zVqQ18

The race in Baku was also won by Verstappen's teammate, Sergio Perez. What Vettel did not have in 2017 or 2018 was a reliable teammate who could take points off Hamilton if Vettel himself had an off day. It seems like Verstappen may have just that, and the signs are encouraging for Red Bull if their other driver is also able to win in their car.

It's still early days. We're only six races into a provisional 23-race season, and we've seen other drivers take early leads against Hamilton before, only to come up short. After all, the man from Stevenage is statistically the greatest driver of all time, and more and more fans and pundits are sharing the opinion of the numbers that he is, in fact, the greatest.

But something feels different this year. It feels as though Max Verstappen may just be coming of age, just as Red Bull have designed a car that can take the fight to Lewis Hamilton and Mercedes. Whichever way this goes, the title fight is destined to be epic, and Hamilton is going to fight for this championship in a manner he hasn't had to for quite some time.

Fasten your seatbelts. Formula 1 in 2021 is only just getting started. 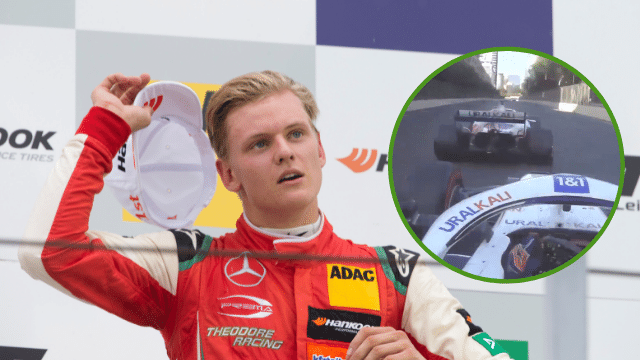