People Are Raving About The Netflix Michael Schumacher Documentary

The hotly anticipated Netflix documentary about the career of Michael Schumacher arrived on Wednesday morning - and it has gone down a treat with F1 fans and novices alike.

The film was made with the participation of his family, and it was an emotional watch for many of the racing legend's fans.

Schumacher on Netflix has gotten a brilliant response

The documentary was announced earlier this summer, and its release was timed to mark the 30th anniversary of the German's debut in Formula 1 for the Irish team Jordan at the 1991 Belgian Grand Prix.

For some, like former Ireland midfielder David Meyler, the lure of Michael Schumacher was just too much to resist, despite a lack of knowledge about F1.

I’m not a massive formula 1 fan but always remember watching highlights of Michael Schumacher winning race after race, championship after championship as a kid. He was an incredible driver. I’m looking forward to this. #Schumacher pic.twitter.com/1uZ61MygJa

Anticipation was high for the film, and it hasn't disappointed. Twitter was rife with praise for the Netflix film, which explores the 20 years Schumacher spent in Formula 1. The seven world championships and 91 race wins he took during his illustrious career place him firmly as one of the sport's greatest of all time.

Sim racer Jimmy Broadbent was among those who were emotional as they recounted memories of their childhood watching Schumacher race in the red of Ferrari.

Predictably in tears after watching the Schumacher film. Took me back to being a kid and having his picture on my wall...it's still on my wall now.

Finished the Schumacher Documentary. Not gonna lie it was a difficult watch, earliest memory of formula one was him winning in the red Ferrari. Truly built different, I’ll remember that forever. My childhood hero ❤️❤️ #Schumacher pic.twitter.com/kapWFxd1hC

Towards the end of his career, Schumacher took fellow German Sebastian Vettel under his wing and, after winning four championships of his own, Vettel has done the same with Schumacher's son Mick.

Mick Schumacher made his F1 debut for Haas this season, and the friendship between him and Vettel has been one of the highlights for many fans. Both participated in the documentary, and the relationship between them was done justice onscreen.

After watching #Schumacher Seb and Mick’s relationship just means so much more🙏🏾 pic.twitter.com/9wOhBfM1pv

Above all else, though, the Netflix documentary has reminded fans of just how special Michael Schumacher's place in Formula 1 history is. The German is one of the most successful drivers in the sport's history, and the film has done a fantastic job of paying tribute to his career.

idc about your opinion, michael schumacher is the greatest of all time pic.twitter.com/mc0qVsYVq7

Schumacher is available to watch on Netflix worldwide today. You don't want to miss it. 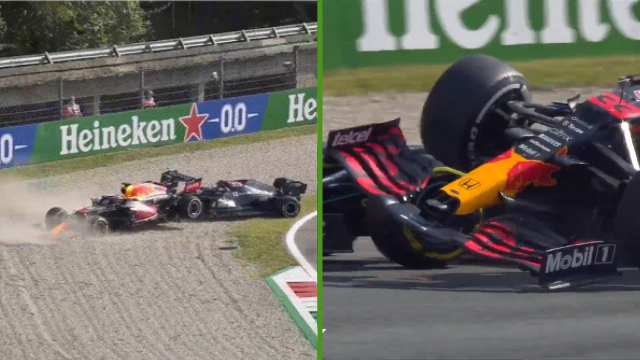