F1 Have Drawn 'The Netflix Fanbase', Now They Need To Keep Them

For a while now, Formula 1 has been known as “that sport that used to be good”. Hardcore F1 fans tire of hearing the same lines from those who don’t watch races.

“Ah, I’ll watch the first lap but then I’ll turn it off, that’s when it gets boring.”

“Sure, it’s all about who has the best car.”

“Nah, the same guy is winning all the time.”

Part of the reason fans are sick of hearing these statements is that they’re not exactly wrong. The first lap of a race does tend to be much more incident-packed than the rest of a race. And, yes, the best car does nearly always dictate who wins the world championships. And, yes, Lewis Hamilton has won six of the last seven world championships and taken 75 race wins in that time.

But there’s much more to F1 than that, and lots of new fans are discovering this through an unexpected medium.

Netflix arrived in Formula 1 during the 2018 season, tracking the drivers, team bosses, and media around the world for a new docuseries, Drive to Survive. It’s been a smash hit and now it seems like F1 is starting to reap the rewards.

Netflix series "Formula 1: Drive to Survive" has had a massive impact on F1 globally.

Now, they will race in Miami for the next decade. pic.twitter.com/aWHNdmcrqs

Viewership figures are rising to heights unseen in recent years, while social media interaction is high not only on the official F1 accounts, but on the accounts of teams like McLaren and Mercedes.

Teams like Racing Point (now Aston Martin) and AlphaTauri have developed innovative and striking ways of communicating with fans, while TikTok sketches, Spotify playlists, and long-form YouTube videos are staples of the F1 media landscape.

The sport was static for years, with stale graphics during races and no social media presence outside of posting links to timing screens during live sessions. It was a frankly pathetic media effort from a sport that parades itself as the “biggest annual global sporting event”.

That all changed with the arrival of Liberty Media as the sport’s new owners in late 2016. A new logo, new on-screen graphics, and drastically revamped social media strategies quickly followed – but it may well be that the Netflix series has played a more crucial role than any of those tactics.

What the Netflix series has done is give fans an opportunity to get to know the drivers in a way that the sport’s officially sanctioned media had never done previously.

The “fly-on-the-wall” style means that we see Daniel Ricciardo chilling out at his home in the south of France, but we also get to see just how big a deal it is when things don’t go his way on track.

The series has admittedly taken some creative liberties.

Season 3 invented a rivalry that doesn’t exist between Lando Norris and Carlos Sainz, while some of the editing and use of audio clips has been jarring for fans of the sport. But, in the grand scheme of things, these are minor gripes.

The show was invented to draw new fans to the sport and it seems like it is certainly doing that. It is serving its function and any issues fans may have with the specifics of its content are minor in comparison to the positives found in the swathes of fans who have discovered the sport through Drive to Survive.

At the heart of the series is the group of young drivers emerging in Formula 1 right now. It’s hard to remember a generation this talented emerging together at any point in recent years. Charles Leclerc, Lando Norris and George Russell have all been touted as future world champions. He is now in his seventh season in the sport, but Max Verstappen is still only 23 – and the phrase “generational talent” was invented for people like him.

They are not just supremely talented drivers – they’ve also all got unique personalities off the track.

Lando Norris runs a team of gaming YouTubers and regularly streams himself gaming on Twitch, responding to fans’ questions and breaking down key moments from races with jokes. Charles Leclerc has a similar online presence, while Verstappen’s hot-headed personality has cooled significantly in the past 12 months or so.

Everybody stay calm, it's #QuadrantWednesday time 😁

What happens next? Guess you'll have to watch the video to find out! 👀

These drivers also have the potential to unite older and younger fans. 33-year-old four-time world champion Sebastian Vettel said he would never have considered taking part in last year’s “Virtual Grand Prix” if it had not been for the encouragement of his then-Ferrari teammate Charles Leclerc. By involving the more experienced drivers, the new generation are finding ways of connecting different generations of fans as well.

Having interesting personalities is only part of the charm though. Pundits like to moan and discuss Paul Pogba at length, but the last thing we’re thinking about when he’s on the pitch is his social media presence. The same goes for F1 drivers – if you’re to expect people to sit through an hour and forty minutes of racing every week, you’ve got to make it worth their while.

For years now, Mercedes have dominated, which surely played a part in dwindling viewership across the globe. But this season seems different. Red Bull look like they might have a car to take the fight to Mercedes, and their lead driver – Verstappen – is the closest his generation has to a talent of Lewis Hamilton’s calibre.

The art of licking the stamp, and sending it 📮

To match the excitement around that, there’s pairings like Lando Norris and Daniel Ricciardo at McLaren who are not only extremely talented but who are also a marketer’s dream. Both have effervescent personalities and have gained widespread renown through their exploits on social media and Drive to Survive.

F1 will have to continue to evolve towards closer competition if its to solidify this new generation of fans. Another season of relentless domination from Lewis Hamilton and Mercedes is not going to entice any new fans to the sport, but a close title fight between the old guard and younger talent like Verstappen, or Leclerc, or Norris, would create intrigue around the sport that has not existed for years.

The signs are promising that Drive to Survive may just spell the beginning of an exciting new era, and it looks like the on-track action might just live up to it this year. No sport appears to be on the up quite like Formula 1 is right about now. 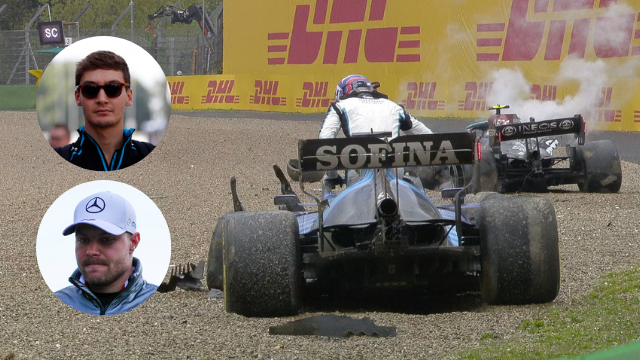