Why There Are Lots Of Questions Around F1's Proposed Sprint Races

Formula 1 team bosses will vote on Thursday whether to trial a second “sprint” race at certain race weekends during the 2021 season.

The plan would see qualifying moved from Saturday to Friday, and a short race – around one third the length of a normal Grand Prix – taking place on the Saturday afternoon of race weekends. The grid order for the sprint race would be decided by the qualifying results, while the main race on Sunday afternoon would have its start order decided by the sprint race results.

There are a few finer details to be ironed out at Thursday’s meeting. It is still unclear whether championship points would be awarded for the sprint races – though it may take inspiration from Formula 2’s sprint race points system, which awards roughly half the points as of Sunday’s main race.

Plans for one major change are on hold

But we could be seeing a 'Sprint Race Saturday' sooner than you might think, according to the new boss ⬇️#F1 https://t.co/BRtlnhPPPi

This week’s vote will decide whether or not sprint races will be introduced on a trial basis for three Grand Prix weekends this year, with a view to introducing them permanently from 2022 onwards. The three races proposed for the trial are the Canadian, Italian and Brazilian Grands Prix, chosen because the track layouts regularly lead to exciting races.

The vote will take place at a meeting of the F1 Commission and will need 28 out of 30 votes to pass. Formula One and the overall governing body the FIA have 10 votes each, while each of the ten teams have one vote. It seems likely that F1 and the FIA will vote in favour of the proposals, leaving the decision in the hands of Red Bull, Ferrari and co.

This year’s calendar is already jam-packed, with 23 races pencilled into the provisional calendar, with the opening race on March 28 in Bahrain. Last season kicked off later than expected and saw 17 races over just 23 weeks from July to December. The schedule was certainly gruelling for staff members and the addition of three extra races to the calendar will do nothing to ease the workload.

The proposals seem to be a pivot around the real issues surrounding F1. Adding a second race to each weekend with little difference other than a shorter run time will surely only add three more race wins to the tallies of Lewis Hamilton and Mercedes come the season’s end, given their level of dominance over the sport. Hamilton won 11 of last season's 17 races, despite missing the Sakhir Grand Prix due to a positive COVID-19 test. His team mate, Valtteri Bottas, won in Austria and Russia.

The current race weekend format – which sees three practice sessions, a qualifying session and a 305km race – has remained largely unchanged since 2005 and most changes have been minor or lasted less than one season. Qualifying is always an exciting affair – especially at narrow tracks like Monaco where grid position is of greater importance.

Shorter races will also take away the strategy element that has made so many F1 races more interesting in recent years. The likelihood would be that the sprint races would feature a maximum of one pit stop for each car, reducing the chances of exciting finishes as drivers on different tyre strategies come together at the end of a race.

The sprint races may, on the other hand, present a chance to draw more casual fans in. The shorter race format would be a more appealing option to fans who may not want to sit through an 90-minute-long race every Sunday afternoon.

The action in the midfield was spectacular last season and, if the sprint races give those teams a better chance of taking home points, they may not be the worst option. The introduction of sprint races may also lead to teams being more willing to take risks during the Sunday races – especially if they’ve already brought in big points tallies on Saturday.

Regardless of the implications, the sprint races would be a huge change up to the calendar if it is voted in. We’ll have the Canadian Grand Prix in June in our diaries to see how this experiment goes.

SEE ALSO: Nick Kyrgios Has Had Another Cut At 'Strange Cat' Novak Djokovic 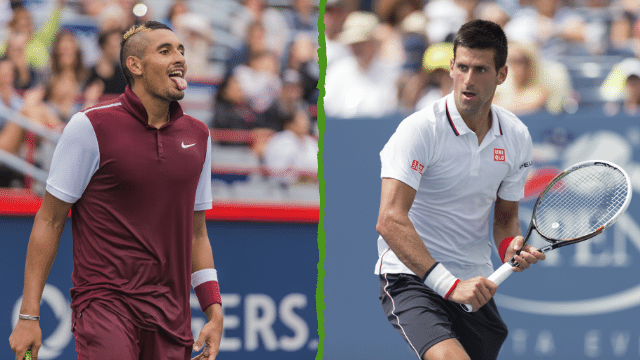