The exciting start to the F1 season continued at the weekend, as Sunday’s Emilia-Romagna Grand Prix was another thrilling race. The race had everything, from heavy rain just before the race start, to mistakes from big drivers, to a red flag – caused by a huge crash between Williams driver George Russell and Mercedes driver Valtteri Bottas.

The race started in wet conditions, with Red Bull driver Max Verstappen building a comfortable lead over Lewis Hamilton in the Mercedes. On lap 31, just after stopping for dry weather tyres, Hamilton lost control of the car at turn 6 and hit the wall. He was stuck in the gravel for about 30 seconds, but managed to get the car back on track and back to the pits for repairs.

It was a horrific lap for Mercedes though, as their other driver Bottas was involved in a massive crash on the start-finish straight with the Williams driver Russell. Russell moved to the right to overtake Bottas and completely lost control of the rear end of his car, flicking around and slamming into the Mercedes at enormous speed.

The incident that brought out red flags in Imola 🚩#ImolaGP 🇮🇹 #F1 pic.twitter.com/Z18dCPXwOZ

The two drivers were furious after the accident, with Bottas flipping the middle finger at Russell, who gave the Finnish driver a frustrated smack on the head. Both drivers blamed each other, but it was Russell who came out fighting. In a post-race interview with Sky F1, he accused Bottas of trying to kill him with the incident.

George Russell to Sky on what he told Valtteri Bottas in the immediate aftermath: "I asked him if he was trying to kill us both” #F1 #ImolaGP

It was deemed by the stewards to be a “racing incident” – essentially, one of those things that just happens when drivers are racing at these high speeds, with no one driver to blame. Most pundits, though, felt there was more than likely at least a 60-40 blame divide towards Russell, who simply lost control of his car.

The Englishman seemed to come around to this last night, retracting his statement about Bottas trying to kill them both, and apologising for his furious reaction. In a statement posted to his social media last night, Russell acknowledged his mistake and apologised “to Valtteri, to my team, and to anyone who felt let down by my actions.”

Some thoughts on yesterday: pic.twitter.com/xU07da7DCz

23-year-old Russell arrived in F1 through Mercedes’ academy, and Mercedes supply engines to the Williams team. Russell even raced for Mercedes in last year’s Sakhir Grand Prix when Lewis Hamilton was forced out with COVID. His drive in Sakhir was greatly impressive, as he got the better of Valtteri Bottas on track despite a slow pit-stop and a puncture.

What a move this was by @GeorgeRussell63!

He needed speed, poise and bravery to make it stick, and he did! 👌#SakhirGP 🇧🇭 #F1 @MercedesAMGF1 pic.twitter.com/HL9cvkNbOf

With Bottas out of contract at Mercedes at the end of the year, and Russell continuing to impress at Williams, there is a lot of pressure on the Finn’s shoulders. F1 fans and pundits alike are increasingly calling for Russell to be given a shot at Mercedes, especially given he outpaced Bottas in the same car last December.

The crash at Imola was only the latest flashpoint in what is fast becoming a captivating saga. You nearly suspect it would have been worse for Bottas if Russell had managed to pass him on track in a much weaker car. Time will tell whether the incident will have a bearing on who Mercedes sign up for 2022. 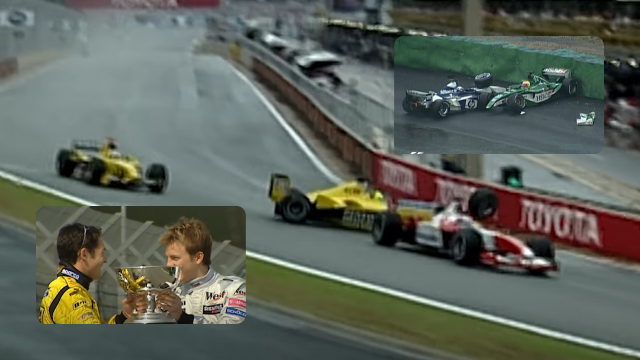