Red Bull have brought out a special livery for one race only at this weekend's Turkish Grand Prix, to pay tribute to engine suppliers Honda, who will leave F1 at the end of the year.

The new Red Bull look is a bit of a stunner, but is it the best ever one-off livery in F1 history?

Red Bull are locked in a title battle for the ages in 2021, with their lead driver Max Verstappen taking the fight to perennial record breaker Lewis Hamilton as he seeks to take a maiden title.

They've already won one category this year, though, as they've come out with a stunning one-off livery for this weekend's Turkish GP. This weekend was originally scheduled to see F1 visit Japan, home country of Red Bull's engine supplier Honda so, to thank Honda for their service to the team over the past three years, Red Bull's livery is inspired by the Japanese racing colours of white and red.

It looks even better out on track than it did in the pre-race promo shots and, if Verstappen or teammate Sergio Perez can claim a win on Sunday, it will become even more famous in F1 lore.

The 2019 German Grand Prix marked 125 years of Mercedes' participation in motorsport, and they decided to celebrate the occasion at their home grand prix with a retro livery.

The team decided to run a "scratched" design which gradually transitioned from the regular 2019 livery into a plain white nose and wing at the front of the car, to symbolise the team's progression from their all-white livery roots into the famed "Silver Arrows".

It's unfortunate, though, that the car is best remembered for being a part of Mercedes' most gaffe-filled weekend in recent memory. Lewis Hamilton went off track twice and spent a full minute in the pitlane after hitting the wall, ultimately finishing ninth after starting in first, while teammate Valtteri Bottas retired after crashing out.

**Germany 2019 has entered the chat** pic.twitter.com/putnDaPEQx

Red Bull will be hoping that their white livery brings them better luck this weekend.

Red Bull are not the first team to run a special livery this year - and McLaren's effort from Monaco this year was a bit of a beauty itself.

McLaren will celebrate its historic partnership with @GulfOilIntl by racing in a one-off Gulf livery across the #MonacoGP weekend. #GulfXMcLaren

McLaren and Gulf Oil have long worked together, with the latest partnership between them announced in July of 2020. To mark the return of Monaco to the calendar after a year out, McLaren opted to run the iconic race in a livery inspired by both their original racing colours and the traditional Gulf livery.

The result was a stunning bright blue and orange look, which really popped out on track.

This one got much more of a mixed response - though that may have been something to do with the circumstances in which Ferrari brought it out.

To celebrate their 1000th race in Formula One last year, Ferrari launched a special livery in their original colours of burgundy and yellow. The Grand Prix on home soil in Tuscany should have marked a special occasion in Ferrari history.

However, in the midst of a shocking, winless season, and against the backdrop of four-time world champion Sebastian Vettel's departure, it seemed ludicrous for Ferrari to be celebrating.

Ferrari - 1964 US and Mexican Grands Prix

A slight cheat here, as it was used for two races, but Ferrari's livery for the 1964 US and Mexican Grands Prix was one that would be scarcely believable today.

As Will Buxton famously said on Drive to Survive - "ask a child to draw a racing car and they will colour it in red." Ferrari cars are painted red, and that's just a generally accepted fact - that is, except for the final two rounds of the 1964 championship.

In true Enzo Ferrari fashion, he had been embroiled in a scrap with the Automobile Club d'Italia since the Italian Grand Prix at Monza. Having surrendered the entry licence for the Ferrari team, Enzo's cars were entered in blue and white rather than the iconic red with which the Scuderia are synonymous.

#AdilsAutoHistory #AutoMotion Have all Ferrari F1 cars been scarlet? Well think again for in 1964 after his tiff with the Italian federation Enzo Ferrari entered his F1 cars for the season ending Mexican & US GPs in NART's white & blue colours as this 1:8 scale model depicts! pic.twitter.com/OwEczeFTf9

It remains the only time in F1 history that Ferrari have raced in a colour other than red.

Fernando Alonso made his return to Formula 1 this year with Alpine after a two-year absence - and the end of his first spell in the sport saw a special livery to celebrate his career.

2018 - @alo_oficial during his final GP for @McLarenF1 in Abu Dhabi! #F1 #Formula1 pic.twitter.com/qnClMICKs0

Most of the F1 paddock assumed that Alonso was retiring from the sport when he announced his departure from McLaren at the end of 2018 - though Sebastian Vettel correctly predicted at the time that the Spaniard would be back.

To mark the career of the two-time world champion, McLaren painted the backend of the car in the colours of Alonso's crash helmet.

So, we might be biased here, but the small addition to the Jordan cars for the 1994 French Grand Prix was an excellent touch.

The race at Magny-Cours was the first GP since the beginning of USA '94 - and Eddie Jordan made the choice to replace the "Visit Ireland" sponsorship with a marked message to the country that Ireland famously defeated at that World Cup.

Red Bull themselves are the masters of a one-off livery, to the point that we're not even sure if this year's effort from Turkey is even their best one-off livery.

There was a time when Red Bull would arrive to testing every year in a new "dazzle camo" look. The livery was intended to obscure elements of the car that other teams could possibly have copied or taken inspiration from. The 2015 effort was the classic, but more colourful liveries followed in the years to come.

So what do you think of the new Red Bull 'testing' livery?

According to Red Bull, this is a 'one-off' livery - not sure whether this means it's for testing only or for 2019 only. #F1 pic.twitter.com/HRKOW5Edj2

Red Bull also ran special race liveries to celebrate the releases of Superman Returns and Star Wars - Episode III: Revenge of the Sith, so they are undoubtedly the kings of a special F1 livery.

Is this year's effort from Turkey their strongest effort though? We have to say, we don't think the Red Bull cars have ever looked as good on track as they do this weekend. 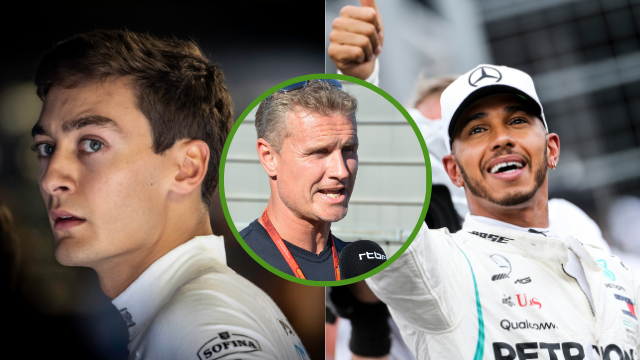