The fallout to Sunday's Abu Dhabi Grand Prix continues apace. On Thursday morning, Mercedes announced that they would not proceed with a formal appeal of the race results - but their team boss Toto Wolff also hinted that their flagship man Lewis Hamilton may not return to see out the final two years of his contract.

The F1 world has been divided ever since the dramatic conclusion to Sunday's Abu Dhabi Grand Prix, the season finale. The circumstances in which Max Verstappen sealed his maiden drivers' championship have caused great controversy, with race director Michael Masi bending the official rulebook to create a final-lap showdown between the two contenders, Verstappen and Hamilton.

The race's climax saw Verstappen pass Hamilton, and the Brit looked shell shocked in the aftermath of the GP, as he was consoled by other drivers.

The consensus has been that the action by the FIA was unjust towards Hamilton, with McLaren driver Lando Norris suggesting the decision was made "for TV" and his teammate Daniel Ricciardo describing the conclusion as "pretty fucked up".

Seven-time world champion Hamilton is contracted for another two seasons with Mercedes but, when asked on Thursday morning whether Hamilton would indeed continue into 2022, his team boss Toto Wolff cast doubt on the Briton's future.

I would very much hope Lewis continues racing because he is the greatest driver of all time. As a racer his heart will say I need to continue because he's at the peak of his game.

But we have to overcome the pain that was caused upon him on Sunday. He is a man with clear values.

I would very much hope the two of us and the rest of the team we can work through the events, but he will never overcome the pain and the distress that was caused on Sunday.

Mercedes and their team boss Wolff were fuming after the race, and lodged a formal complaint against the ending of the race to the sport's governing body. After that was rejected, they had a few days to deliberate on whether to take a second appeal, but ultimately decided against doing so.

We appealed in the interest of sporting fairness, and we have since been in a constructive dialogue with the FIA and Formula 1 to create clarity for the future, so that all competitors know the rules under which they are racing, and how they will be enforced. pic.twitter.com/SCdNuFPwIb

Nonetheless, their fallout with the FIA has been bitter, and their official statement on their decision not to appeal said that they will "hold the FIA accountable" for the conclusion of Sunday's Grand Prix.

Wolff also confirmed on Thursday morning that he and Hamilton will not attend the FIA's end-of-year gala, where the top three drivers in the championship are awarded with their prizes for the Formula 1 season.

Wolff said that he would not attend out of "loyalty" to Hamilton. The Brit would be breaking FIA regulations by refusing to attend - the irony of which will not be lost on Mercedes or any of their fans.

Formula 1 fans will be simultaneously glad that the fate of the 2021 championship will not be decided in a courtroom in three months time, and glad that Lewis Hamilton and Mercedes will work with the FIA to avoid similar happenings in the future.

It has put a bittersweet taste, however, at the end of what was a simply outstanding title battle between Hamilton and his Dutch compatriot Verstappen, both of whom would have been worthy champions.

Time will tell if the Briton will return in 2022 to take the fight back to Red Bull. 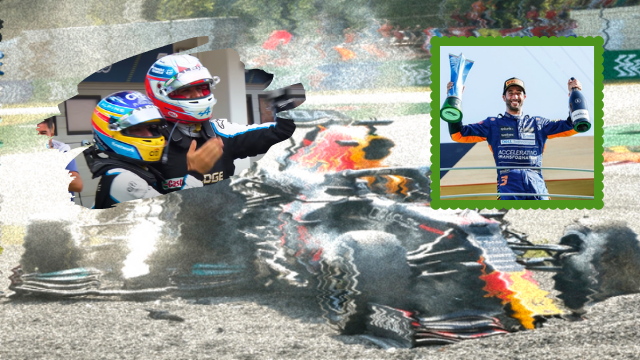