Verstappen Says Hamilton Should Move On From Abu Dhabi Heartbreak

Days removed from his world title win in Abu Dhabi, Max Verstappen underwent all the formalities at the FIA's 2021 awards ceremony.

While it was a joyous occasion for the Red Bull driver in picking up his first Drivers' Championship trophy - there were some notable absentees.

Rival and runner-up Lewis Hamilton wasn't in attendance at the ceremony. Neither was Mercedes Team Principal Toto Wolff.

It was a peculiar set of circumstances. According to the Formula 1 Sporting Regulations, the first, second and third-placed drivers in the Championship were required to attend.

After all, Hamilton did attend the FIA ceremony in 2016 when teammate and rival Nico Rosberg picked up the trophy after a tumultuous season.

But the Mercedes number one is likely still processing the bizarre events that transpired in the climax of the season-ending Abu Dhabi Grand Prix.

It was supposed to be a night to usher in a new era in Formula 1 racing. However, the events from the weekend cast a shadow over a crowning moment for Max Verstappen.

"I hope I can do this many more times. It's been an incredible battle with Lewis, one of the greatest drivers ever in Formula 1. We really pushed each other," Verstappen said.

"At the end of the day, we can look each other in the eyes and respect each other which is really important."

It was a statement from Mercedes not to have Hamilton or Wolff in attendance. Despite the fact they pulled their appeal into the handling of the final lap in Abu Dhabi.

They sent their technical chief James Allison - as well as outgoing driver Valtteri Bottas - to represent the team in being awarded their eighth Constructors Championship in a row.

Earlier in the week, Toto Wolff spoke about Hamilton's future and his hopes for a return. But he knows Sunday will be a lot to overcome.

"I would very much hope Lewis continues racing because he is the greatest driver of all time. As a racer, his heart will say I need to continue because he's at the peak of his game."

"But we have to overcome the pain that was caused upon him on Sunday," Wolff said. "He is a man with clear values."

Max Verstappen was asked for his reaction to the news that Hamilton and co felt 'disillusioned' in the aftermath of the race.

"I can understand that the first few days after a race like that you're not happy but you should also understand this is racing," Verstappen remarked.

"I think he should just look back at what he has achieved already." Does Verstappen think Hamilton will make a return next season?

"(His success) should give him a lot of comfort and should also be that drive to just keep on going because he is still trying to challenge for that eighth title and for sure he can do that again next year."

"So I don't see any reason why to give up or stop now."

See Also: Toto Wolff Hints That Lewis Hamilton May Not Return For 2022 After F1 Finale Fiasco 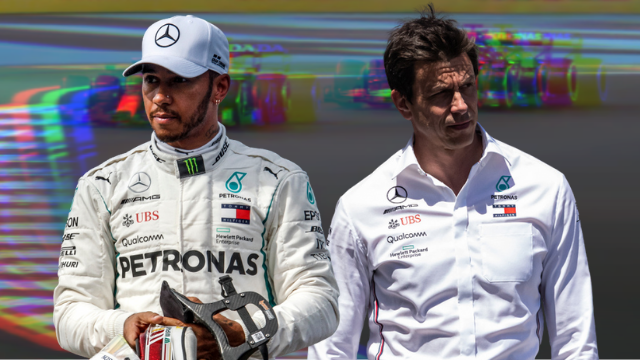