F1 world champions Sebastian Vettel and Nico Rosberg have both raised concerns about the new sprint race format in the sport, ahead of it's first running at the British Grand Prix.

The sprint race will fill the role of qualifying at Silverstone, with a 100km race on Saturday setting the grid order for the main event, a 305km race on Sunday. There are plenty of questions as to how the plan will come together but, for the most part, fans are excited for the trial of a new format.

Standard qualifying will still take place on Friday night but the organisers have confirmed that the record books will count pole position as the winner of Saturday's sprint race.

But obviously it depends. If this is a one-off, then it doesn't do much harm. But, if we end up having 10 sprint races next year or in the future, then I think it's just a bit weird. So, pole position should go to the guy who goes fastest in one lap.

They could make up 'sprint pole' or something. It's a new discipline, so they didn't have it 50 years ago, and now we have it. Then we just add a new column to the statistics.

There have been plenty of different formats for Formula 1 qualifying in the past, but all of them revolved around some method of measuring the quickest single lap time the drivers could manage. The new rules will mean that this race will stick out in the record books, and potentially skew the statistics somewhat.

Former Mercedes driver Nico Rosberg chimed in with Vettel's comments after the press conference. Rosberg retired after winning the 2016 championship, and has since gone into punditry - and he went even further than Vettel on Twitter, by suggesting the new rules would "cannibalise" the F1 record books.

This is not the right decision. Pole 100% has to go to the fastest guy in qualifying. The sprint race winner should not be awarded pole position. That will totally canibalise the historic F1 statistics. https://t.co/RQ5Xqf9gTI

The British Grand Prix offers an opportunity for F1 to iron out the issues surrounding the sprint races before the format's next trial at September's Italian Grand Prix. 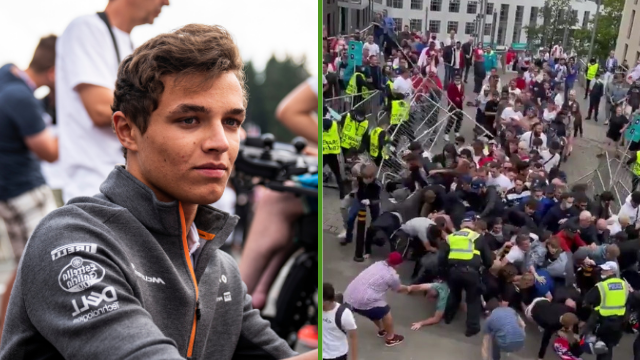