Michael O'Neill said ahead of his side's match against the Czech Republic on Monday night that his side doesn't get the credit they deserve, and he certainly had a point.

The fact that his side then went out and brushed the Czechs aside to secure second behind Germany - who have won 100% of their fixtures thus far - just hammered that point home.

It was not long ago that Northern Ireland were a side that anybody would be glad to pull in a qualification group draw, but under Michael O'Neill they have put together back-to-back campaigns that are the envy of the majority of European nations. Euro 2016 was their first ever European Championship, and now they have a chance to reach their first World Cup since 1986.

What is most remarkable is that the squad has largely remained the same. Tonight's match-winners Johnny Evans and Chris Brunt have been there through the lows and are now enjoying the highs as Michael O'Neill has made his side so difficult to break down.

The stats are telling, in 8 group games Northern Ireland have conceded just two goals. That is better than most of the elite countries in the qualification stage, and a rock solid base has been the foundation for their success. 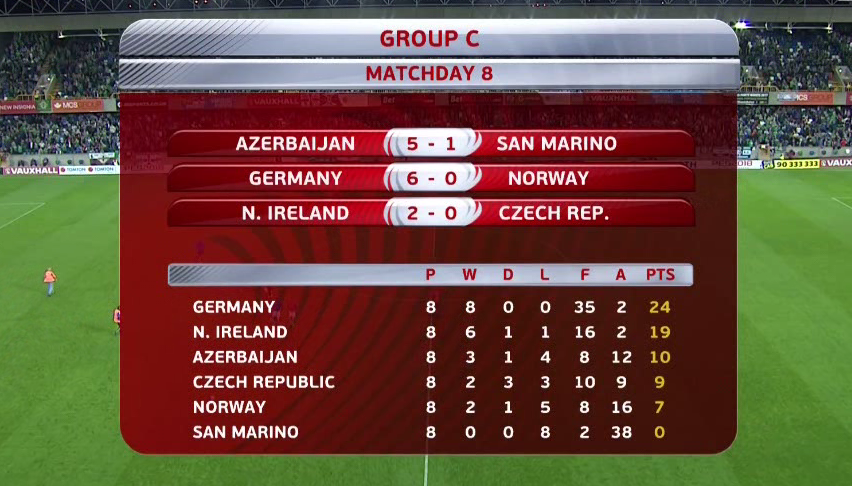 Their group has not been one you would call impossible, granted, but if you factor in Germany taking top spot before a ball was even kicked the manager in which they have managed to keep the Czech Republic and Norway at arms length is seriously impressive.

When you look at their squad, there are few stars that would strike fear into the heart of the opponent, but this Northern Ireland team are just that, a team. Better still, they are a team with a gameplan, and every player out there knows what their job is.

Looking up from a Republic of Ireland point of view, the comfort with which they have obtained their wins is something to be truly envious of, and while it must be said that Martin O'Neill has done a good job with us - regardless of the Georgia performance - Michael has really worked wonders at Windsor Park.

The green and white army can now enjoy their final two group fixtures in full-on party mode as they wait to find out who they will face in the playoffs, barring a very unfortunate turn of events that sees them as the lowest ranked 2nd place side, and the fact that they will fancy themselves against whoever is drawn is something that they would never have expected just a few years ago.