Aidan Walsh Is Just One Win Away From An Olympic Medal

Ireland’s Aidan Walsh opened his Olympic campaign with a terrific win over Albert Mengue of Cameroon in the last-16. The welterweight from Monkstown BC in Newtownabbey was in control throughout the fight and earned a unanimous decision.

He was ahead on four judge's cards after the opening round and stepped it up from there. His opponent was docked points in the second and third round with Walsh remaining out of trouble to go through with relative ease.

"It’s amazing to get the first one out of the way and focus on the next one," said Walsh.

"I just listened to the coaches’ advice and did what they were telling me. My strategy going into it was to keep it long, keep the basics and to do what the coaches said. They always have the best advice and you just have to put your trust in them and listen to the advice that’s given to you. But keep it simple, and what’s worked for me and got me here."

In the quarter-final he’ll face Mervan Clair of Mauritius. Clair had a scrappy, split decision win over the number four seed from Jordan, Zeyad Ishaish. The Mauritian won the first and third rounds in the eyes of three judges. The man from Jordan was given all three rounds by two judges and was awarded the second round by all five. However, Clair had done enough to win on a split decision.

This is Clair’s second Olympics. He was beaten in the first round in Rio in the middleweight class by an Egyptian fighter. So far in Tokyo he has earned two wins as he beat Wyatt Sandford of Canada 5-0 in the preliminary round. He qualified for this tournament as a result of being the top ranked non-qualified boxer from Africa. He was top seed for the African qualifier, but lost in the quarter-final. His career highlight is winning the 2019 African Games gold medal.

Aidan Walsh made it look easy against an awkward opponent to progress to the quarter-finals of the Olympics. #RTEsport pic.twitter.com/QT26b9oCCx

Walsh will be a slight favourite for the quarter-final clash and if he manages to get the win he’ll earn Ireland’s 17th Olympic medal winner in boxing.

The winner of this bout will meet the winner of Great Britain's Pat McCormack and Uzbekistan’s Bobo-Usman Baturov. McCormack will be very familiar to Walsh having beaten him in the finals of the European qualifier in June and the Commonwealth Games in 2018. They also met in the 2019 World Championships with McCormack winning a disputed split decision on his way to the final.

After three successive defeats following Kurt Walker’s opening win for Team Ireland, including one by Aidan’s sister Michaela, Walsh’s performance was just the tonic needed by Team Ireland. He’ll fight for a medal at 04:51 on Friday morning.

"The coaches will have a plan, so I'll just listen to them and go out and do it all again..." - Belfast boxer Aidan Walsh looks forward to his quarter-final at the Olympics following his facile victory. pic.twitter.com/AV4x17qDnf 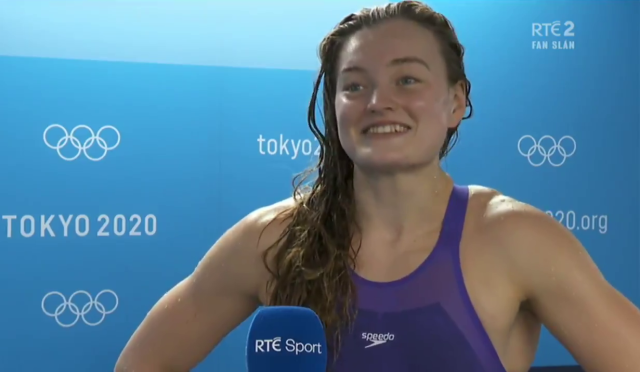