'I Used To Get Up At 4am, Get Two Hours Study Done Before I Went To The Pool'

"Ah stop, it’s all a bit of a whirlwind," says Carolyn Hayes.

"This time last year, if you’d told me I’d be here, I would have wanted to believe you but I wouldn’t have believed you."

Here, for the 31-year-old, is the verge of Olympic triathlon qualification.

On July 7th 2018, Hayes finished up as a junior doctor, travelled to Wicklow and entered in the Harbourman National Championships after a week of on-call work. She won the race.

She joined the HupHup training group run by Gavin Noble and Eanna McGrath, put her medical career on hold and committed full-time to the sport. She has swum, cycled and run beyond the horizon of her expectations.

After her initial plan to compete in the Ironman 70.3 in Dun Laoghaire last August was knocked off course by a spill from a bike which resulted in a concussion, a new road was needed.

Following advice from her coaches, Hayes entered an International Triathlon Union race. She travelled to Hong Kong with two others from her training group and then onto another race in Korea. Those were the seeds of Olympic qualification.

There followed a points blitz as she looked to rise in the world rankings from 438th into the top 140 where she would be eligible for a place at the Games. She raced in Morocco, Senegal, Zimbabwe, Cape Town and Tunisia, all that time gaining both experience and ranking points.

"I got selected for the Europeans that were on in June," tells Hayes.

"I had a breakthrough performance there and came sixth. Not only was it a great performance but it also meant that you would get carded by Sport Ireland. Suddenly, you’re eligible for funding, which is huge."

That extra funding will kick in next year. Sport Ireland and Triathlon Ireland have been supporting her for those international races.

Further success came at a World Cup event in Astana where she won silver.

Two things happened there: 1) I was like, ‘Wow, I can do this. I’m going to go to the Olympics’ 2) The Europeans were not a fluke, I’m good enough and I made the right call to park medicine and do this.

On August 15th, exactly a year out from the Olympic triathlon, she will take part in the Tokyo test event. It's another step up. There are also bonus points on offer if she does well.

Olympic qualification is a two-year process. Year one ran from May 2018 - May 2019. Year two is well underway. The points from her best six events last year have been totted up and kept. The same will be done for this year. 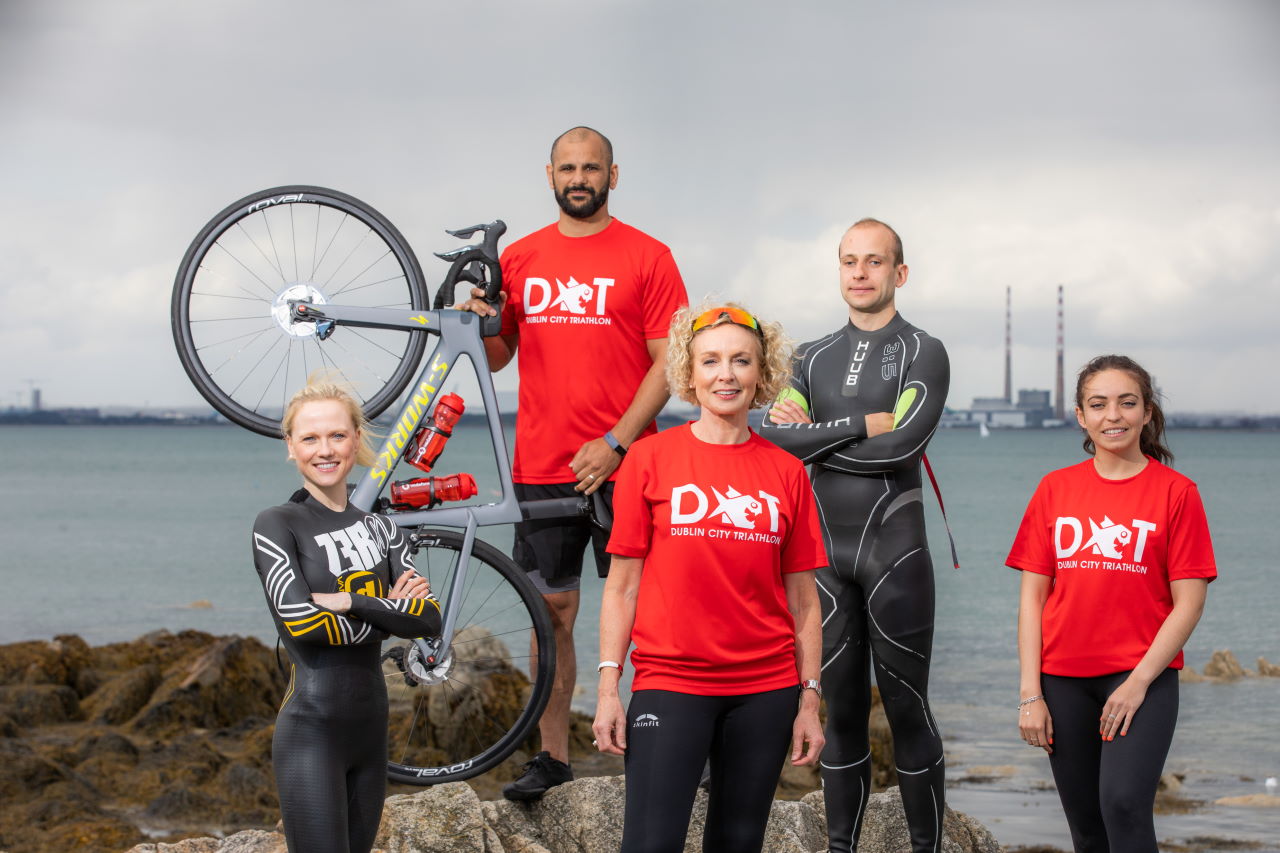 Anne O’Leary, CEO, Vodafone Ireland, Vodafone employees Donnacha McCarthy, Maya Uwakwe Kelly and Karim Kajani will take part in the 2019 Vodafone Dublin City Triathlon, taking place on August 17th in the heart of the capital along with another 150 Vodafone colleagues. Vodafone is helping their employees to prepare for race day through training and race day advice from international triathlete, Carolyn Hayes and a bespoke triathlon training programmes. For more information on the Vodafone Dublin City Triathlon visit dublincitytriathlon.com

Hayes is currently in the world's top 80. The starting point on that journey goes back to her late teens. After suffering a shoulder injury which meant she couldn't play hockey or swim, the then 17-year-old decided to enter the Dublin Marathon - she'd never done one before.

"I downloaded one of those training plans off the internet and did it," she recalls.

"I ended finishing the Dublin Marathon that year in 3:13. I went, ‘Wow, that’s OK’. I qualified for the New York Marathon. I said I’d go the following year."

20 minutes on the phone with Hayes makes you wonder what the hell you've been doing with all your time. While studying physiology at Trinity, she took up water polo, a sport she'd never played before. Eight weeks later, she was on the Irish team which took part at the Celtic Games.

When I was in the University of Limerick, studying graduate medicine, I was in the right place and was exposed to great facilities: the 50m pool, loads of running routes.

There was Limerick Triathlon Club and in second year I went for a swim with them. We got chatting and they said to come out on the bike. I didn’t own a bike, I had to get a bike.

The local club race that year was Hell Of The West. In 2014, it was the national Olympic distance championship. I signed up, loads of people were doing it for a bit of fun. I won it.

She won another two races that year and also the overall national series.

"It was huge and all this was done while balancing my medical studies.

"I used to get up at 4am, get two hours study done before I went to the pool. Morning is my time. I’d get up, get my study done, go to the pool, do a session with the club and then you’d arrive in for your nine o'clock lecture.

"Sport definitely helped with the studying. Time management is a huge thing. I probably missed out on a lot of nights out because I needed to go to the library to get something done.

Her triathlon career tripped along until the summer of 2017 when the insane hours worked by a junior doctor meant she could not keep up with the training. The odd jog or walk was all she could fit in. There was that year out but it didn't derail her.

"I’m not trying to keep a job as junior doctor going. I’m able to actually train. I never had a coach who sees you every single day and knows exactly what you need to improve on."

A year away from the Olympics, qualification on track and there's so much more to come from Carolyn Hayes.