As most of Ireland are suffering from heat stroke - organisers of the 2020 Tokyo Olympics are well aware of the ramifications of high temperatures.

As if the ongoing worldwide pandemic wasn't enough to worry about; Tokyo 2020 is set to be one of the hottest Olympics to date. Average daily temperatures will reach 30 degrees Celsius and 80 percent humidity.

The Japanese Winter gone by saw an electricity shortage nationwide, with people urged to ration their use of electricity to prevent a blackout in homes.

To prevent outages, Japan have rebooted some of their nuclear power plants in response to this year's Olympics, with demand set to be unprecedented in Tokyo.

According to Reuters, they've restarted five nuclear power plants since January. The industry has been rather dormant since the Fukushima nuclear disaster of 2011.

There have been several heat-stroke alerts issued by the Japanese government in the past few days. Tokyo clocked in at 34 degrees Celsius on Tuesday.

It's set to be an even trickier time for Olympians who will have little time to acclimatise to the hot conditions. Covid-19 restrictions have limited athletes time in the country before the competition.

What has also set athletes further back - is the fact that travel restrictions have limited athletes from travelling to warmer countries. It's routine for some to travel abroad to acclimatise beforehand.

In similar conditions to Tokyo's climate, the 2019 Race Walk Championships were held in Doha, Qatar. Canadian athlete Evan Dunfee gave an insight into what it was like racing in the heat.

"I think I poured over 100 litres of water over me," he said. "It was so obvious, the lack of preparation the other athletes did, even before the race, the lack of athletes doing pre-cooling."

Dunfee's team carried out extensive studies into his core body temperature, where they used computerized pills to find out when his body breaks down in the heat and what helps regulate his temperature.

Inside the media facility at the Kasai Canoe Slalom Centre. Heat breaks are a must covering outdoor events at #tokyo2020 This is my 4th water and 3rd mask. We’ve been here 3 hrs. pic.twitter.com/5CoSOECup1

No matter the technology, it's a key part of many countries sports science department in preparation for the Tokyo Olympics and beyond.

For some of the more long distance races in this year's competition, organisers have moved the likes of the marathon and race walk events to the northern city of Sapporo.

The old common trick of the ice bath will be no more this year. Teams usually bring their own, however it's not permitted this year due to Covid-19 regulations.

Back in 1964, Tokyo hosted the Olympics but it was held in October. This was an attempt to avoid the hotter summer months in the country.

In a recent article for the Irish Times, Sonia O'Sullivan spoke about the U.S. Olympic Trials, held in the sweltering heat of Eugene, Oregon.

"On Sunday it felt like walking into an oven," she said. "Everything was postponed for five hours until the sun went down and with it a drop in temperature."

"It’s a rare thing for athletes to have to deal with and would surely test the mental strength of athletes as they had to prepare for the most important race, one that would determine their Olympic fate," she said.

#Tokyo2020 Olympic Games Bid Committee: “With many days of mild and sunny weather, this period provides an ideal climate for athletes to perform at their best.”

"Really - you've just got to come out here as early as you can and acclimatise. You try not to use the air-con, and just get used to it when you can, but at the same time you want to recover during the night so it's kind of like finding the balance."

Team GB and many other countries have been using 'heat chambers' to mimic the conditions in this year's Olympics. Some athletes have described it feeling like a 'sauna', but can affect how your brain works as time goes on.

If Team Ireland have any tips or tricks to deal with the heat, I'm sure our fellow country people will be happy to take any advice dealing with our heatwave like conditions this week.

See Also: It Has Been Predicted That Ireland Will Win Six Medals At Tokyo Olympics 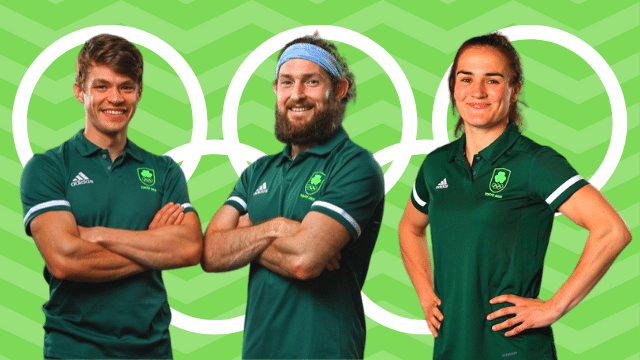