Dubliner Saskia Tidey missed out on a medal with her GB partner Charlotte Dobson after a 7th place in the medal race left the 49er FX duo in 6th place overall.

Tidey was sailing in her second Olympics having finishing 12th with Andrea Brewster while competing for her native Ireland at the 2016 Rio Games. After Brewster’s retirement, Tidey switched allegiance to the land of her father due to the lack of a suitable partner in Ireland.

The GB pair had been on course for a medal early on in the regatta, winning the opening two races. They were still leading the class after the 8th of 12 preliminary races but dropped down the rankings after a succession of poor results.

They went into Tuesday’s medal race knowing a win was needed to make the podium but could only finish 7th of the 10 remaining boats.

Reigning Olympic champions Martine Grael and Kahena Kunze of Brazil retained their title. Germany and Netherlands filled out the podium with Dobson and Tidey back in 6th but only 7 points off the bronze medal won by the Dutch pair. 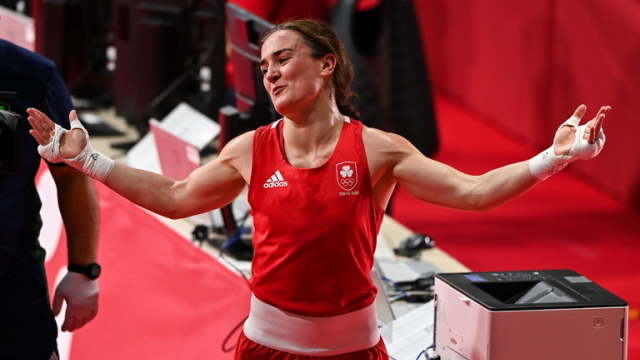 Olympics
4 weeks ago
By Michael McCarthy
After 11 Olympic Games, George Hamilton Finally Had His Irish Golden Moment
Boxing
4 months ago
By Andrew Dempsey
'Less Stress, More Success': Kellie Harrington On Staying Amateur
Boxing
5 months ago
By Eoin Harrington
Kellie Harrington: Fair City In Tokyo, Tourism In Portland Row, And Going Pro?
Popular on Balls
Football
2 days ago
By PJ Browne
Ireland's Lee O'Connor Says It Was An 'Easy Decision' To Leave Celtic
Football
1 day ago
By Eoin Harrington
Quiz: Name Every Player To Score In A Champions League Final
Rugby
1 day ago
By Colman Stanley
Roy Keane Made Quite An Impression On Eddie Jones And The England Rugby Team
52