Ireland have added to their medal tally at the Paralympic Games after Katie-George Dunlevy and pilot Eve McCrystal took a brilliant silver medal at the velodrome on Saturday morning.

The pair took second place in the 3000m individual pursuit in the early hours of Saturday morning Irish time.

Dunlevy and McCrystal took home two medals from the 2016 Paralympics in Rio, and went into these games with high hopes of adding more to their collection.

On Saturday morning, they sealed the deal by progressing to the gold medal final of the B 3000m individual pursuit, where they went up against the Team GB cyclist Lora Fachie and her pilot Corrine Hall.

39-year-old Dunlevy is a seasoned competitor, and for a brief moment at the conclusion of Saturday's final, it looked as though she and McCrystal would manage to usurp their British opponents and take gold but, ultimately, they came up just short.

It was nonetheless a brilliant run to the podium, and it was just what the pair deserved after a strong run in the 1000m time trial earlier in the week.

The games aren't over yet for Dunlevy and McCrystal, as they still have the road time trial and road race events to look forward to later in the week.

The brilliant silver medal for Katie-George Dunlevy and Eve McCrystal takes Ireland's medal tally at these games to two, after Ellen Keane's gold medal in the pool earlier this week.

There are plenty more opportunities for Irish athletes to medal at the Paralympics, and Katie-George Dunlevy and Eve McCrystal's silver medal on Saturday morning is a fantastic achievement befitting of their pedigree in para-cycling. 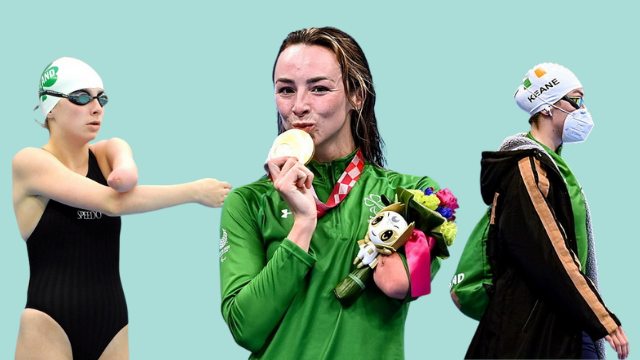