Ellen Keane won gold for Ireland in the SB8 100m breaststroke at the Paralympic Games on Thursday.

The 26-year-old touched the wall just ahead of New Zealand's Sophie Pascoe in second and Adelina Razetdinova of the Russian Paralympic Committee in third.

Keane made the turn just behind Pascoe but powered through the second half of the race to win in 1:19.93.

The time - 0.39 seconds ahead of Pascoe - is also a new personal best for Keane. She took 1.78 seconds off the time which she had set in the heat in the early hours of Thursday. 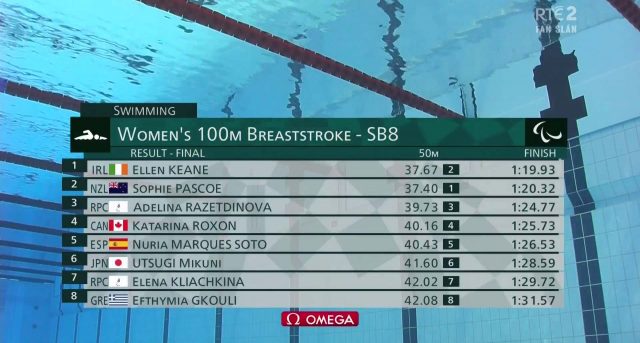 Five years ago in Rio, Keane won bronze in the event. She made her Paralympic debut at Beijing in 2008 as a 13-year-old. This is her fourth Paralympic Games.

Ibrahim Hamadtou: The Paralympian Who Plays Table Tennis With His Mouth 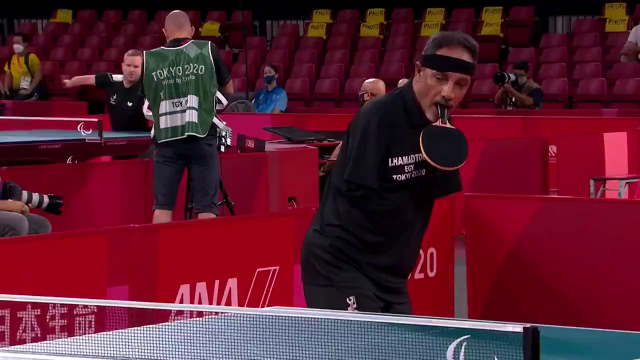 Olympics
9 months ago
By PJ Browne
Ellen Keane Bubbles With Joy After Winning Paralympic Gold
Olympics
1 year ago
By Eoin Harrington
"We Train Day In, Day Out, We Work Just As Hard"
Previous Next