You have to be an incredibly competitive person to make it to the peak of top class sport.

There are so many challenges along the way, it's just not possible to become one of the best in the world if you don't have incredible drive.

Athletes involved in the Olympics certainly fit that bill and there have been countless examples of that type of steely mentality in the games down through the years.

However, we saw something a lot rarer this afternoon.

Italy's Gianmarco Tamberi and Qatar's Mutaz Barshim both cleared a height of 2.37m in the final, with neither athlete managing to make the 2.39m jump.

It was then expected that both men would enter a jump-off, although Barshim asked if it would be possible to share the gold medal. When it was said that this could be done, both men broke off in celebration.

This was the moment the Italian and Qatari athletes decided to become joint gold medal winners in the men's high jump. Amazing 🙌pic.twitter.com/pABQpGUxCY

The fact that there will be two gold medal winners in the history books did not seem to take anything away from either man.

Tamberi was especially emotional, having missed out on the 2016 Olympics after breaking his leg a matter of weeks before the games. The Qatar native had previously won bronze and silver medals in 2012 and 2016 respectively.

The two men would give a joint interview after the event, with both seeming genuinely delighted that they shared the honour.

The most amazing story of the #Tokyo2020 Olympic Games?

Mutaz Essa Barshim and Gianmarco Tamberi made the decision to share gold in the high jump... and their interview with @GregJRutherford is truly beautiful ❤️ pic.twitter.com/1OOWV8m2Ux

I just feel relieved. To share it with this dude, I can't be more happy.

A remarkable moment. It is unlikely we will see anything like this in an Olympic final again for quite some time. 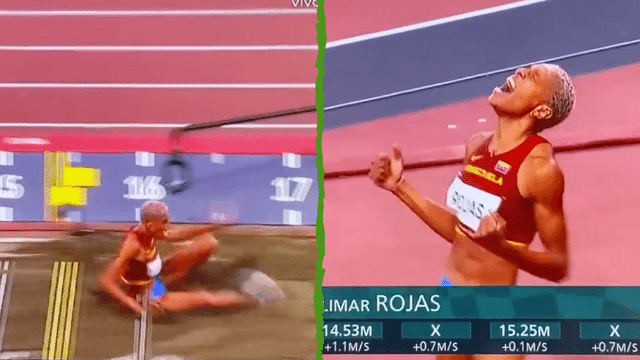