A Short History Of Ireland At The Winter Olympics

The Winter Olympics are here. You might say you won't get sucked in, or that curling is stupid, but in a week's time, you'll be an expert on everything ice and snow.

This year, Ireland are sending a team of six to what will be our 8th Olympics. It's not a history filled with medals or glory, but plenty of endeavour and interesting characters.

Balls' Olympic historian John Dodge has a look back over our history at the Winter Games.

Ireland's Winter Olympic debut dates back to the Albertville Games of 1992. It was the culmination of a project started by English born business man called Larry Tracey.  Tracey, with both parents from Ireland, had become obsessed with the sport after receiving the gift of lessons from his wife but found he couldn’t ride certain courses as he wasn’t an “international” slider. So he set about creating an Irish bobsleigh team to help him fulfil his own bobsleigh dreams.

Tracey was a former rower and contacted a number of Irish rowers in the summer of 1986. Among them was the Olympian Pat McDonagh and his Neptune rowing club team mate Gerry Macken. The Irish team immediately began racing on the international circuit and had done enough to qualify for the 1988 Olympics in Calgary. However 10 days before the games, the Olympic Council of Ireland withdrew the team’s entry. Tracey sought a high court injunction but the judge ruled in the OCI’s favour and the team didn’t travel.

Four years later the Irish team finally entered the Olympic stage with two 2-man bobs competing. McDonagh was joined by another summer Olympian with javelin throw Terry McHugh being the brake man to McDonagh’s driver. They were joined by a team of Macken and former athlete Malachy Sheridan.  Tracey was still bankrolling the team and he must have been a proud man as the Irish teams finished 32nd and 38th of the 46 crews on show.  Asked would Ireland ever have a competitive bobsleigh team, Macken replied, "it would be like getting a Swiss hurling team to take on Kilkenny, if you want to compare like with like.” 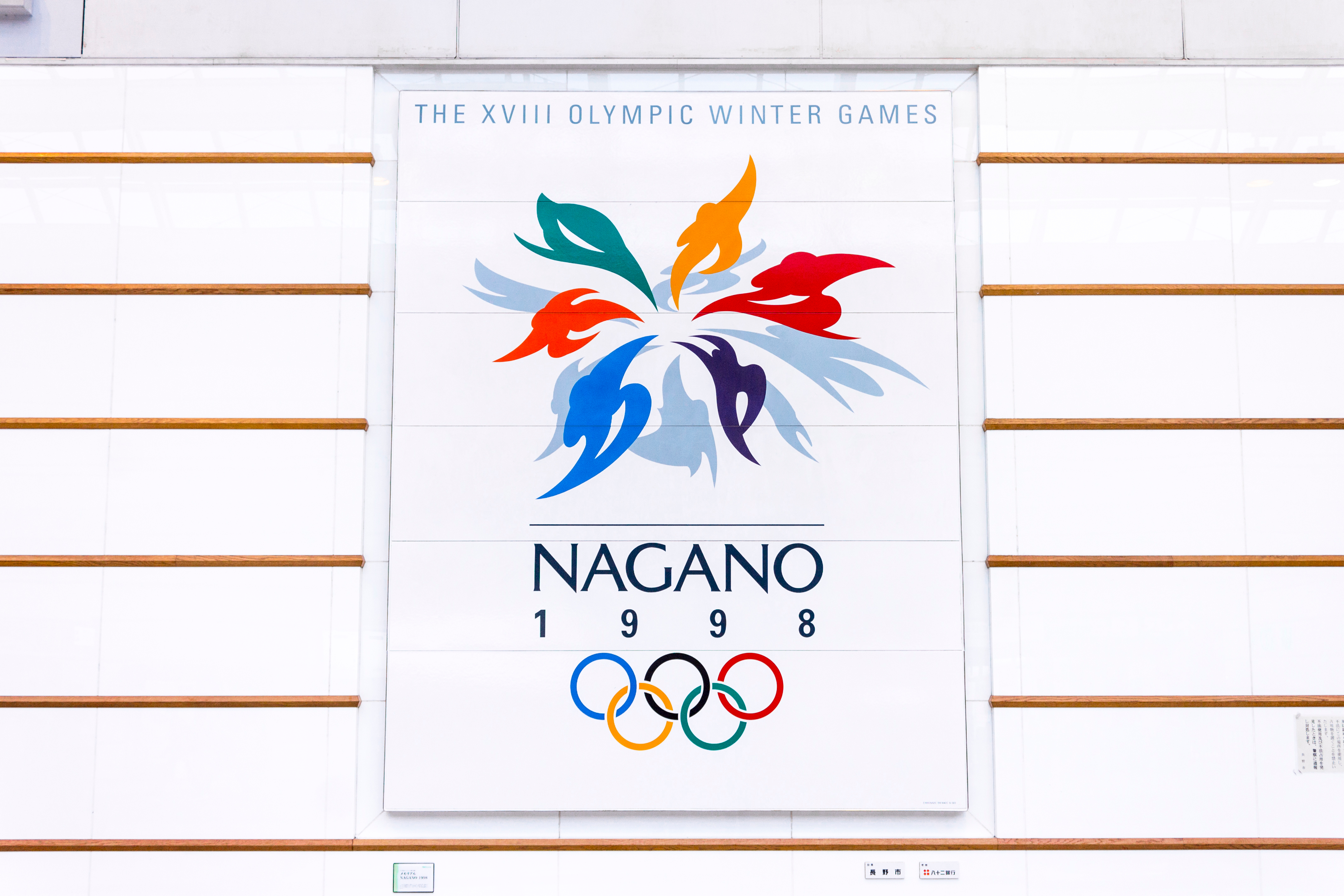 Tracey finally stopped funding the programme after Albertville and Ireland had no representatives at the 1994 games. In 1996, Terry McHugh start approaching athletes he knew to gage support for another run at the Nagano games. Their application for funding was denied by the Irish Sports Council but the Olympic Council backed them, and they travelled to America to compete in the qualifiers in sleighs rented from Prince Albert of Monaco. The squad did enough to qualify two 2-man bobs, and for the first time, a 4-man bob.  McHugh was joined by Jeff Pamplin and finished 27th. The team of Peter Donahoe and Simon Linscheid finished 35th. For the 4-man bob, Donahue was replaced by Gerry Power with the Irish lads finishing 30th

The Olympic Council also agreed to fund our first ever skiing competitor. Patrick-Paul Schwarzacher-Joyce (yes, that’s his real name) was born in London to an Irish mother and an Austrian father. He was raised in Austria but competed internationally for Ireland with his first major games being the 1997 World Championships. Schwarzacher-Joyce finished 27th in the downhill and an impressive looking 15th in the combined. He was helped by well over half the field failing to complete both downhill and slalom courses. 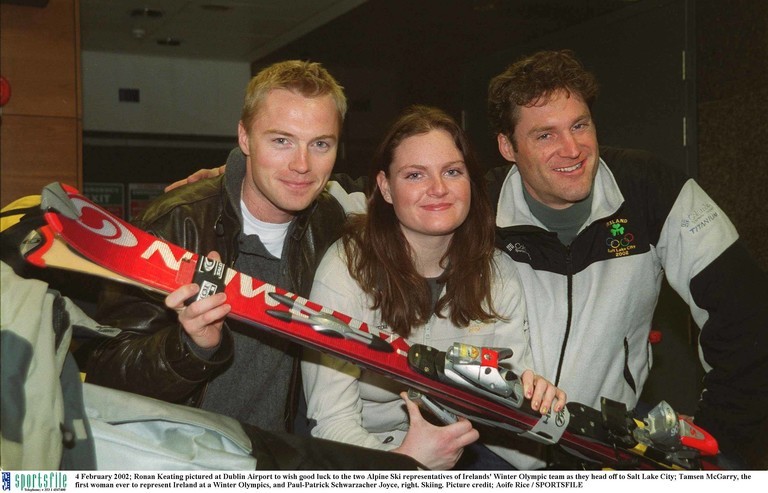 The Salt Lake City games of 2002 saw a number of firsts for Ireland. Schwarzacher-Joyce returned, but couldn’t match his 1998 performances. He was joined by our first ever woman competitor with Tamsen McGarry. The Dubliner completed both the Slalom and Giant Slalom, finishing 35th and 46th respectively.  In bobsleigh the 2-man team of Peter Donohue and Paul Kiernan finished 26th. They’re still the last men to compete in the bobsleigh for Ireland.

We had our first ever cross-country skier compete. Paul O’Connor was a 43 year old, Cork-born, Mormon living in Utah and he finished 69th, just ahead of Nepal’s first ever winter Olympian, in the Sprint qualification race. He remains the oldest competitor ever in that event.

However the biggest Irish story of 2002 was undoubtedly Clifton Hugh Lancelot de Verdon Wrottesley, 14th Baronet, 6th Baron Wrottesley. The Dublin-born son of British gentry only took up the sport 2 years previously when it was announced that Skeleton would be returning to the games.  His playboy lifestyle, not to mention the name, attracted quite a bit of attention but Clifton, as we’ll call him, was the real deal. Having competed fairly well on the international stage, Clifton was aiming for a top 10 finish in Utah. His first run was perfect. He earned a time of 51.07 which placed him in 3rd position, only 0.18 seconds off gold medal position.  As the Irish bandwagon kicked off, he entered the second run with a very slender cushion of 0.09s to the chasing pack. Clifton’s second run was the 9th fastest which saw him agonizingly drop to 4th place and miss out on a medal by 0.42s.

As you can imagine, he became quite the celebrity in Ireland with the obligatory appearance on the Late Late Show and the usual profiles in the weekend supplements. He stayed on with Irish skeletons for a number of years but he wouldn’t compete at another Olympics.

Flag-bearer Rory Morrish continued the recently established tradition of Cork-born cross country skiing and finished 87th of the 99 starters in the 15km classical event. Kirsten McGarry followed her sister Tamsen and competed in Alpine Skiing. Her best result was 32nd in the giant slalom. Thos Foley became the first Kerryman to compete at the games when he placed 31st in the giant slalom.  Clifton Wrottersley turned from competitor to coach and Ireland were again represented in the skeleton with David Connolly finishing in 20th place. 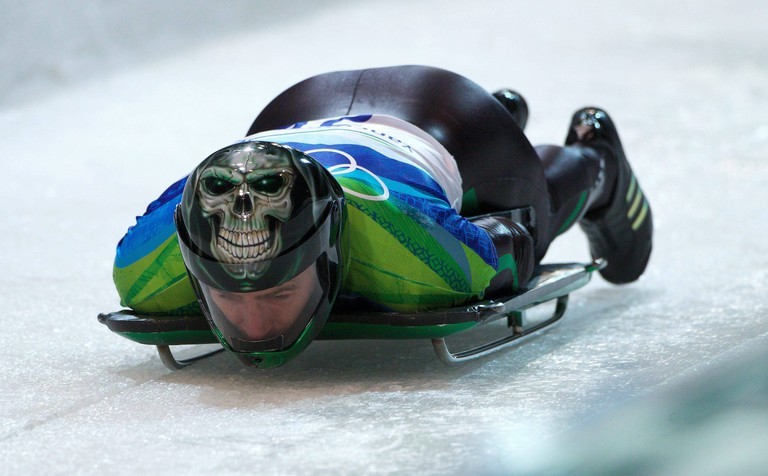 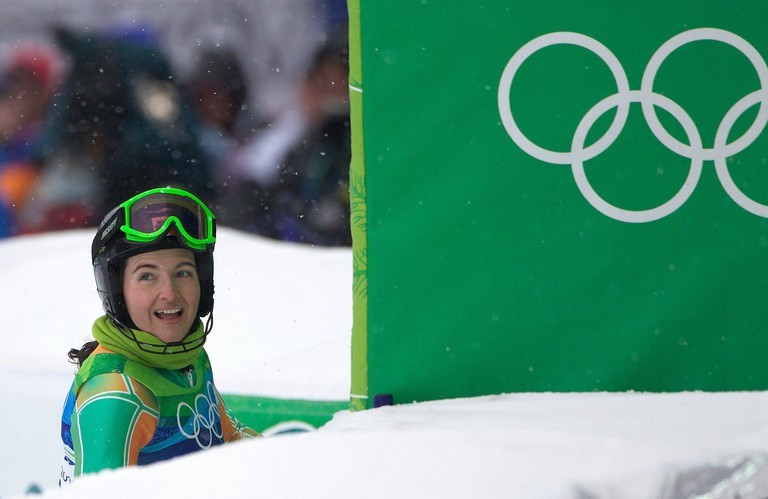 The Irish women’s team qualified for the bobsleigh event for the first time with Aoife Hoey and Claire Bergin making the transition from triple jumping and 400m running respectively. The team was the subject of a legal challenge from Australia with the Aussies arguing that Oceania should be represented in place of Ireland, the last qualified “world” team. A compromise was reached at the Court of Arbitration for Sport with both teams being allowed compete with Pat Hickey threatening a riot if the Irish team was excluded. The Irish women proved their worth, finishing in 17th place. Crucially we beat the Aussies by 2 places. 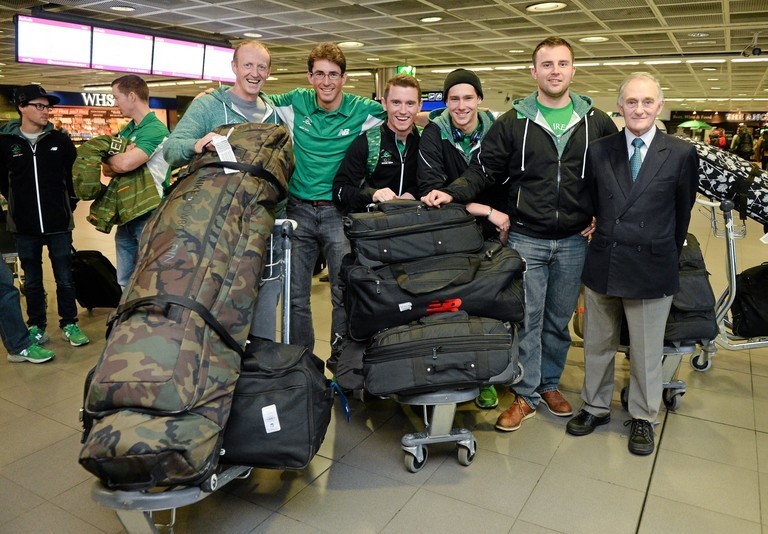 Sochi saw the debut of Ireland in the snowboarding events. 16 year old Utahn Seamus O’Connor competed for the country of his grandparents and qualified in both the halfpipe and the slopestyle events. O’Connor had a fine slopestyle finishing 9th in the semi-final (effectively ranked 17th overall).  He improved that position in the halfpipe, just missing out a spot in the final and ranking 15th overall. He’s qualified for this year’s games too. 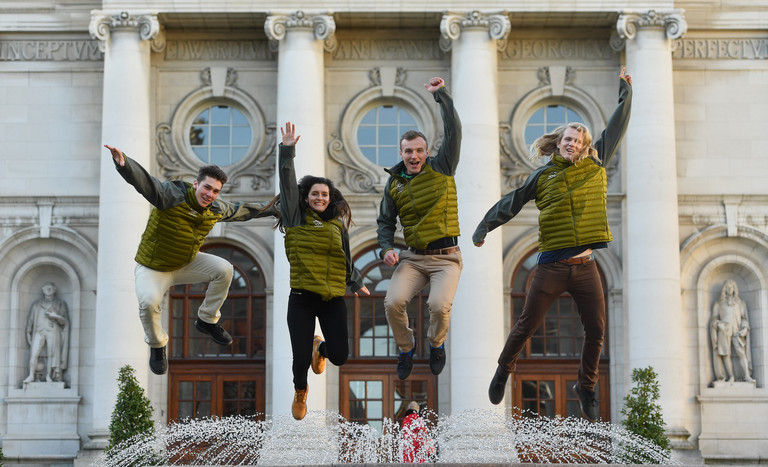 A team of five went to Pyeongchang in Korea.  Donegal born Patrick McMillan competed in the downhill, combined and Super G events in Alpine skiing with his best result being 48th in super G. French-born Tess Arbez entered in the slalom and giant slalom events with her 46th in slalom being the highlight. Norwegian born Thomas Westgård finished in the 60s in his two cross-country skiing events.

Seamus O'Connor was back for the snowboarding half pipe and he finished a very respectable 18th.  He was joined on the "extreme" side by Cork-born, Utah-raised halfpipe freestyle skier Brendan "Bubba" Newby. He finished 22nd overall.

A team of 6 has travelled to China. Snowboarder Seamus O'Connor makes history as the first 3-time Irish Winter Olympian. Tess Arbz, Thomas Westgård and Bubba Newby all return from 4 years ago too. English-born Jack Gower takes the Alpine spot this time round. He's previously competed for GB at international level (including winning a world junior title) but switched to Ireland last year. Elsa Desmond becomes Ireland's first ever Luge competitor this year. The English born doctor effectively set up the Irish Luge Federation as part of her quest to qualify for the Olympics and has been rewarded with a spot in one of the most thrilling events at the Games.

We wish them all well!