Irish-Born Athletes Competing For Other Nations At Tokyo 2020

There's no judgement in this article. Ireland will have competitors in Tokyo born in Britain, the US, Australia, Poland, Latvia and more.  Some will have moved for economic reasons, others may have moved for sporting reasons while yet more will be representing the land of their parents or grand parents. So it's only natural that some born in Ireland will represent other nations.

We'll be sidestepping the issue of those in Northern Ireland who choose to represent GB. We're looking at people born in the 26 counties who will be competing in the 2020 Summer Olympics for nations other than Ireland. With that long winded, but necessary, pre-amble out of the way, let's look at the athletes.

A pretty high-profile case, Diver only took up running when she left Ireland for Australia aged 25. She ran what she presumed was a qualifying time for the 2015 World Championships but Athletics Ireland had set a higher standard than World Athletics and wouldn't select her.  Upset by the decision, Diver turned to her adopted country and has raced for them ever since. She'll be 44 in Tokyo but a top 20 performance is still on the cards.

Several athletes have competed for GB and turned to Ireland for additional international opportunities but Tidey will become a rare example of the reverse. She competed for Ireland at the Rio Olympics, finishing 12th with Andrea Brewster. After the games, Brewster announced her retirement and Tidey was left without a partner. She qualified for GB through her father and made the decision to switch. She still lives in Dublin but this summer she'll represent Britain with her new partner Charlotte Dobson and they're definite medal contenders.

O'Brien was born in Clane but moved with her family to the US when she was quite young.  She has taken the traditional route to US rowing glory by excelling at collegiate level before moving into the international squad and finally into the vaunted women's eight - the gold standard of US rowing. She helped the USA win World Championship gold in 2018 and America will expect this crew to medal in Tokyo.

The Gadirova twins have burst onto the British gymnastics scene in recent times and both 16-year-olds have been selected ahead of multiple World and European medalists for Tokyo. Born in Dublin to Azerbajani parents in 2004 while their dad was working here, they moved to Britain shortly after their birth.  They join Alice Kinsella on the GB team.  While not born in Ireland, her dad is former Ireland international footballer Mark Kinsella, so we think you'll agree she merits a mention here.

Juul-Jenson's family moved to Ireland in the early 1980s and he lived the first 16 years of his life in Kilmacanogue. After spending his transition year at a Danish cycling school, his parents moved home and Juul-Jenson left Irish cycling. He had represented Ireland at the European Youth Olympics but once in Denmark, he rode for his ancestral homeland. He has gone on to forge a terrific career competing in multiple Grand Tours and represented Denmark at the Rio Olympics too. He still speaks with a slight Irish accent.

McFarland began playing rugby at Clongowes and represented Ireland up to under 20s level. He couldn't breakthrough with the Leinster academy side and moved to Scotland with Edinburgh in 2014. Qualifying for Scotland through his grandfather, he has been ever present in the Scottish 7s side since. This will be his first Olympics for GB. There is slight confusion about where he was born though as Scotland Rugby states he was born in Ireland with this Times article saying he was born in London. We've sought clarification, with none forthcoming.  He's in this list anyway.

Cyclist Josie Knight is in the GB squad and had previously represented Ireland. She's listed in some places as being born in Dingle, but she was born in Aylsebury and moved to Kerry as a kid so we're not going to count her.

The listed athletes will all be looking to become only the 3rd athlete to be born in post-independence Ireland and win a medal for another nation. Rower Chris Barton was born in 1927 and went on to win silver as  part of the GB Eights in 1948. Hockey player Fergus Kavanagh was born in Dublin in 1985 and won bronze with his adopted Australia in 2008 and 2012. He didn't make the 2020 squad.

SEE ALSO: Updated List Of Every Irish Sportsperson Who's Qualified For The Summer Olympics 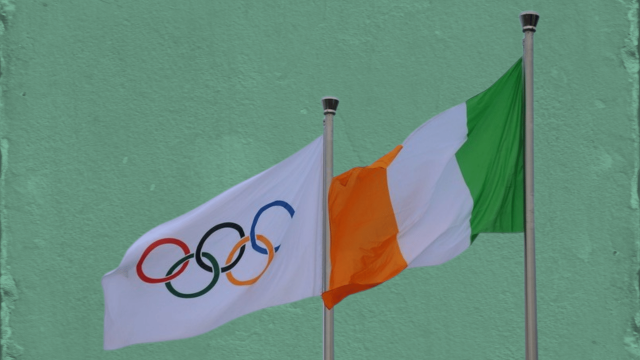 Other Sports
3 weeks ago
By Andrew Dempsey
The Ex-Garda Chasing A Winter Olympics Fairy Tale
Olympics
1 month ago
By Cliona Foley
'We Are Best Friends... It’ll Be Tough In A Way Not Having Him Here'
33

Olympics
1 month ago
By Cliona Foley
'It’s Just Sport. I Don’t Think It Should Be Put Up On Any Other Pedestal'
Previous Next

Other Sports
3 weeks ago
By Andrew Dempsey
The Ex-Garda Chasing A Winter Olympics Fairy Tale
Olympics
1 month ago
By Cliona Foley
'We Are Best Friends... It’ll Be Tough In A Way Not Having Him Here'
Olympics
1 month ago
By Cliona Foley
'It’s Just Sport. I Don’t Think It Should Be Put Up On Any Other Pedestal'
Popular on Balls
Football
23 hours ago
By Donny Mahoney
'The Shamrock Is A Brilliant Signifier' - How Ireland's Incredible Centenary Crest Was Made
Football
19 hours ago
By Gary Connaughton
Gary Neville & Paul Scholes Have Differing Views On Mo Salah's Liverpool Future
Football
20 hours ago
By Gary Connaughton
Quiz: Name Every Irish Player To Feature For Liverpool In The Premier League