Irish sailing duo Robert Dickson and Sean Waddilove have seen their Olympic medal hopes take a massive hit after they were disqualified from two races at the games due to the use of illegal equipment.

The pair had sat in seventh position in the 49er class after six races in the event, leaving them in with a shot at a medal with six more races still remaining on the schedule.

However, it would emerge that the trapeze harness worn by the crew in races five and six weighed more than the required 2kg, resulting in disqualification from both races. They have had their points wiped from those races as a result, moving down to 13th place in the overall standings.

Olympic sailing applies very strict weight limits on the equipment crews are permitted to use. The Irish pair's trapeze harness weighed in at 2.09kg, 90 grams over the limit.

The Brazilian pair in the event were also disqualified from the same races for a similar offence.

Speaking on RTÉ as news of the infringement broke, Maurice O'Connell explained exactly what had gone wrong for Waddilove and Dickson.

They had it weighed directly after sailing by the official measurers - they soak it in water, then lift it out of the water and wait one minute for the water to drain and then they measure it.

It was found to be 90g overweight.

This leaves the pair in a very difficult position ahead of the remaining races in this event having previously been in excellent shape for a medal push.

It may seem like a small infringement, but rules are rules. Unfortunately, Ireland have had to bare the brunt of them on this occasion.

This is a bit of bad news on what has otherwise be an exciting day for our athletes in Tokyo.

SEE ALSO: How Does Scoring Work In Sailing At The Olympics? 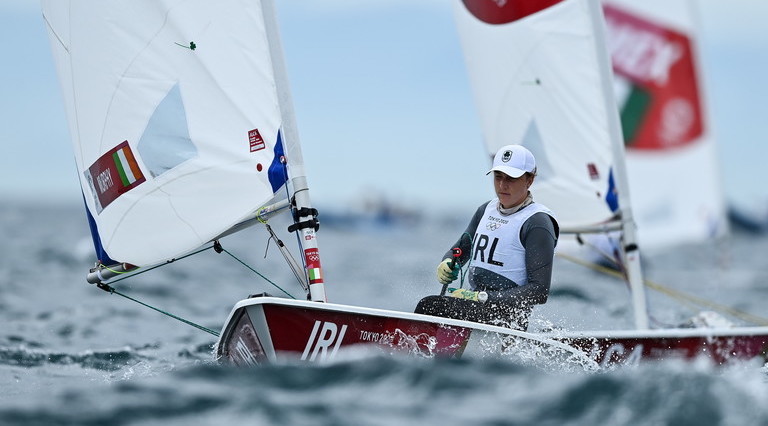 Olympics
3 weeks ago
By Michael McCarthy
After 11 Olympic Games, George Hamilton Finally Had His Irish Golden Moment
Boxing
4 months ago
By Andrew Dempsey
'Less Stress, More Success': Kellie Harrington On Staying Amateur
Boxing
5 months ago
By Eoin Harrington
Kellie Harrington: Fair City In Tokyo, Tourism In Portland Row, And Going Pro?
Popular on Balls
GAA
2 days ago
By PJ Browne
Insane Drama As Late TJ Reid Goal Sends Ballyhale Into All-Ireland Final
Rugby
1 day ago
By Colman Stanley
Yesterday Was Not The First Time Wayne Barnes Sent A Player Off For Getting Lippy
Rugby
22 hours ago
By Colman Stanley
Champions Cup Predictions And Permutations For The Irish Provinces
The Rewind
2 days ago
By Jonathan Byrne
The Definitive Ranking: Deli Items Ranked From Best To Worst