"We knew we had a good chance going into it, definitely," said Eimear Lambe after the Irish women's four crew made history at the Olympic Games on Wednesday.

The boat of Lambe, Aifric Keogh, Emily Hegarty, and Fiona Murtagh finished behind the Australian and Dutch crews to claim bronze and become the first ever Irish women to win an Olympic rowing medal.

"We had a bit of a rocky start, so we definitely didn't make it easy on ourselves," Lambe told RTÉ.

"We just didn't give up.

"I feel like everyone else's strategy was to put as much distance between them and us at the start as they could. We know we're an aerobic crew, the second K would usually be our strongest point. Even though we were down, we knew to back ourselves." 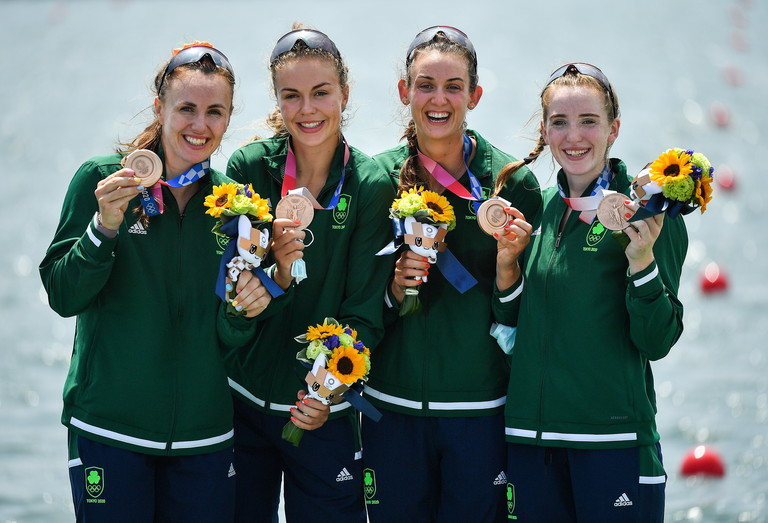 28 July 2021; Ireland rowers, from left, Aifric Keogh, Eimear Lambe, Fiona Murtagh and Emily Hegarty celebrate on the podium with their bronze medals after finishing 3rd place in the Women's Four rowing final at the Sea Forest Waterway during the 2020 Tokyo Olympic Games. Photo by Seb Daly/Sportsfile

Ireland found themselves behind early in the race. They were fourth after 500m and fifth after 1000m. Over the final kilometre, they passed the British crew to claim the bronze medal.

"It was touch and go, throughout the race I was going, 'We're coming fourth... fifth...' I was looking out, and I knew we were slipping back," said Aifric Keogh.

"We said to ourselves that if that happened, we'd just go early. In the last one kilometre, we backed ourselves. Everyone out there knows that in the last K, we start to go. We could hear left and right that they were like, 'Don't let them, don't let them'."

The crew only came together over the past 18 months. They won silver at the European Championships in Italy earlier this year, and then qualified the boat for Tokyo in May.

"It's something for the future, definitely. Hopefully, this will be the first of many, and hopefully it gives the young girls coming up real hope. It's completely possible, if we can do it, anyone can." 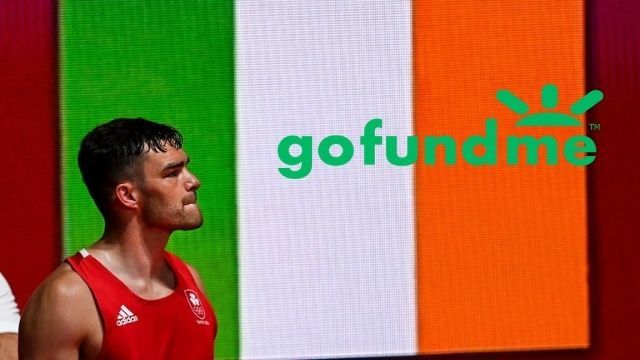 Olympics
3 days ago
By PJ Browne
Paul O'Donovan And Fintan McCarthy Make World Rowing's Top 10 List
Olympics
3 months ago
By PJ Browne
Even After Winning Olympic Gold, There Are Still Chores To Be Done
Olympics
3 months ago
By Michael McCarthy
After 11 Olympic Games, George Hamilton Finally Had His Irish Golden Moment
Popular on Balls
Football
1 day ago
By Gary Connaughton
Hargreaves Thinks United Are Overlooking The Obvious Candidate For Next Manager
Football
1 day ago
By Gary Connaughton
Roy Keane Once Tipped Off Ronan O'Gara About Oncoming All Blacks Onslaught
Football
11 hours ago
By Gary Connaughton
Frank Lampard Has Weighed In On That Old Gerrard & Scholes Debate
Football
13 hours ago
By Eoin Harrington
Just Who Is Ralf Rangnick And Why Did Manchester United Want Him?