Ireland won its first medal of the Olympic Games in Tokyo when the women's four claimed bronze in rowing on Wednesday.

The crew of Aifric Keogh, Eimear Lambe, Fiona Murtagh and Emily Hegarty finished strongly to claim what is Ireland's 33rd ever Olympic medal. They are also the first Irish women to win an Olympic rowing medal.

The four had a moderate start to the race, sitting in fourth after 500m and fifth after 1000m, at which point they were four seconds behind leaders Australia.

By 1500m, they have moved back up to fourth and were closing in on Great Britain in third. Over the final 500m, they overhauled the British crew.

Ireland finished the race in 6:20.46, just over five seconds behind Australia.

This crew won had previously won silver at the 2021 European Rowing Championships in Italy. They went on to qualify the boat for Tokyo at the final Olympic qualification regatta in May. 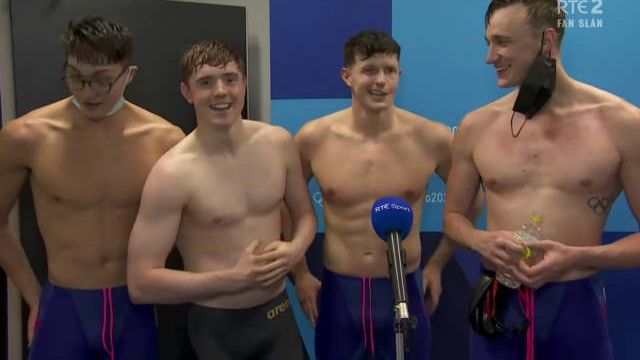 Olympics
3 days ago
By PJ Browne
Paul O'Donovan And Fintan McCarthy Make World Rowing's Top 10 List
Olympics
3 months ago
By PJ Browne
Even After Winning Olympic Gold, There Are Still Chores To Be Done
Olympics
3 months ago
By Michael McCarthy
After 11 Olympic Games, George Hamilton Finally Had His Irish Golden Moment
Popular on Balls
Football
1 day ago
By Gary Connaughton
Hargreaves Thinks United Are Overlooking The Obvious Candidate For Next Manager
Football
1 day ago
By Gary Connaughton
Roy Keane Once Tipped Off Ronan O'Gara About Oncoming All Blacks Onslaught
Football
12 hours ago
By Gary Connaughton
Frank Lampard Has Weighed In On That Old Gerrard & Scholes Debate
Football
14 hours ago
By Eoin Harrington
Just Who Is Ralf Rangnick And Why Did Manchester United Want Him?