Ireland Women's Hockey team overcame the challenge of South Africa in their Tokyo 2020 Olympics opener. South Africa, ranked #16 in the world, are one of six teams in Ireland's competitive Group A.

Nonetheless, getting comfortable in the Japanese temperatures and shaking the Olympic jitters was important for Sean Dancer's side, and they did so with flying colours.

The game started in Ireland's favour, as they dominated the possession early despite two Nicky Veto chances for the opposition - one nicely saved off the boot of Irish goalkeeper Ayeisha McFerran.

Sarah Torrans and Deirdre Duke were busy in attack early on for Ireland, with Duke forcing a penalty corner with just over 6 minutes left in the first quarter.

Ireland's corner was whipped into Duke, who stopped the ball nicely for Róisín Upton who low dragged the ball into the bottom corner of the South African goals. 1-0 Ireland.

The second quarter started nicely for Ireland - a penalty corner awarded after a South African referral challenge went against them. Chloe Watkins shot was eventually blocked by South Africa's defense.

Most of the quarter was dominated by attacking passes from Ireland, with South Africa happy to sit back and defend. Naomi Carroll was unlucky to hit the post after a ruckus in the South African penalty area.

Ireland were quick to push on for another goal as the second half started. Naomi Carroll busy again in the opposition penalty area, but couldn't control a high ball in front of the South African goalkeeper.

Sarah Torrans and Anna O'Flanagan both found themselves with chances as the third quarter progressed. Ireland couldn't convert from a number of corner attempts as the South Africans' defended well.

With just over two minutes to go in the third, there were some nerves for Ireland as they conceded their first penalty corner. South African Nicole Walraven couldn't get on the end of Lisa-Marie Deetlefs shot.

Finally, Ireland broke the deadlock once again. Hannah Matthews' deflected shot made its way to Sarah Torrens in the penalty area, who slotted a mid-air ball home. 2-0 Ireland.

Ireland had more chances going into the fourth quarter, as they looked to hold onto their two-goal lead. South Africa were down to ten players after receiving a yellow card just over three minutes left.

The confidence of the Irish team shone, as they held on to win 2-0. They now look to play a #1 ranked Netherlands team at 2am Irish time on Monday morning.

See Also: Rhys McClenaghan Was The Coolest Man In Tokyo After Wowing In Qualifying 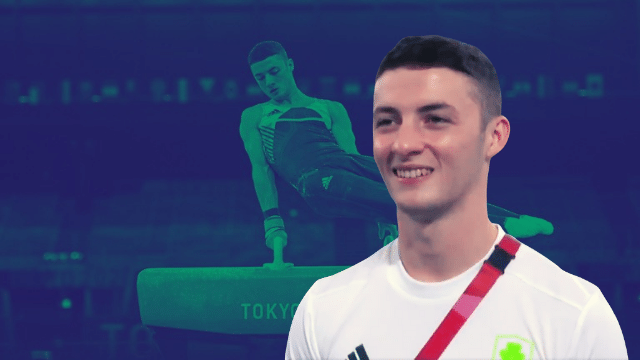