Irish para-cyclist Martin Gordon is feeling confident ahead of this weekend’s trials, which will decide his qualification fate for this summer’s Tokyo Paralympic Games.

Gordon, from Sligo, is a track cyclist who suffers from visual impairment resulting from a condition called glaucoma. He was speaking at a promotional event for Paralympic Ireland’s fundraising campaign The Next Level – which has already raised over €70,000 for para-sport in the country. On the fundraiser, Gordon said:

“We’ve had almost 2,000 individual donations and a huge amount of money raised. What those contributions mean is invaluable to not only these games, but to future games and the future development of para-sport.

There is a massive funding gap there, it needs to be filled, and people pledging their support – in any way they can – at Paralympics.ie, will make all the difference.” 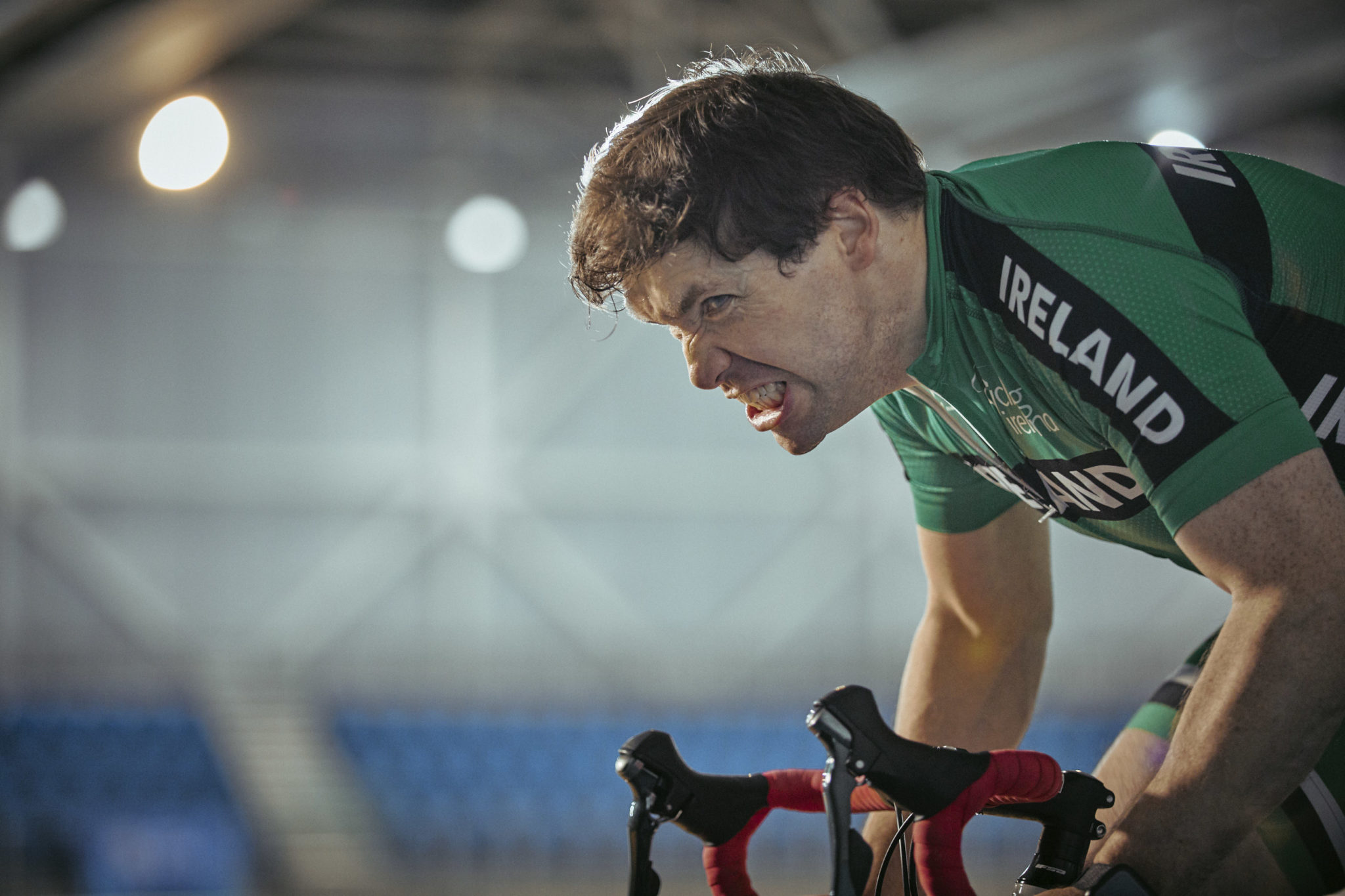 Gordon appeared on The Late Late Show late last month alongside fellow Paralympians Nicole Turner, Ellen Keane and Colin Judge, where he spoke of his struggles with training through lockdown, given there isn’t a velodrome in Ireland. Though there have been obvious challenges posed by this, he was in an upbeat mood and spoke of the positives elsewhere in his training regime.

“It's not without its difficulties but it's not without opportunities either. We've been able to control what we can control. All our gym work -- a huge part of what we do is done in the gym. All our lifting in the gym has gone way beyond anything we've done previously.

A huge element of the 1km time trial, which is our event in Tokyo, is being effective at that start gate. Everything falls from your start. We've been able to work on our starts right throughout the last year very well, very effectively, it has been able to give us far more control over what we're doing. We're seeing that being replicated now on the velodrome so we are definitely progressing in the right direction.”

All of the Irish contenders for qualification for both the Paralympics and Olympics are now at a special camp geared towards qualification – with Gordon’s crunch event coming up this Saturday. With the global situation and the lack of competition scheduled, Saturday’s time trials are Gordon’s clearest shot at qualification for Tokyo.

“Four days time we have a trial on the Velodrome and we will be doing that in as close to race conditions as possible, in lieu of competition, to give us the opportunity to fill that criteria. So, as track sprinters, that’s going to be it for us. We don’t envisage any other competitions happening within the qualification period.

Gordon’s induction to cycling came in 2007, when he embarked on a cycle from Mizen Head in Cork to Malin Head in Donegal. The event was in aid of Irish Guide Dogs and, with Gordon himself a guide dog owner, it was easy for him to be coaxed into participating. 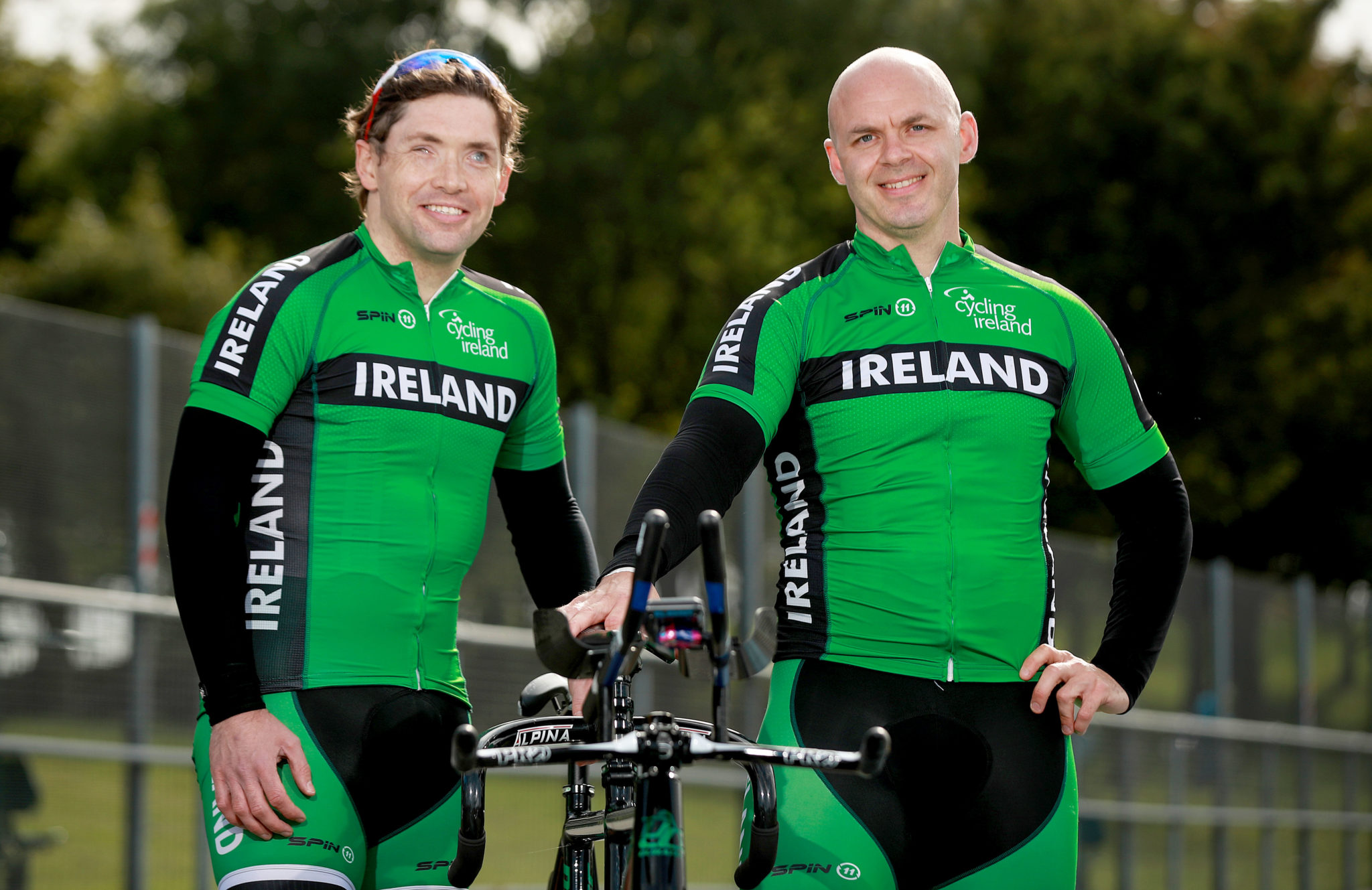 Gordon is obviously grateful that he made the decision to turn to cycling in the aftermath of that trek, but it wasn’t just a love for cycling that emerged from the event – it also led indirectly to his introduction to his guide, Eamonn Byrne.

“Everything goes back to that Mizen to Malin, because the first pilot I had on that, Sarah was her name. And her brother, Colin, was actually the chap who introduced myself and Eamonn years later. It was late 2016 and I was having lunch with my pal Conor Kennedy, who’s a strength and conditioning coach, and I’d just missed out on Rio and we were talking about my ambition – would I continue with cycling? And I thought I might go back rowing, and I said ‘but I do want to pursue sprinting’, which wasn’t on the cycling Ireland programme at the time.

Gordon and Byrne were silver medallists at the UCI Track World Cup event in London in 2018, in their discipline of 200m sprint. All going according to plan, they will be together in Tokyo again this summer and – even if there won’t be any fans there – Gordon is sure that the experience will be a special one.

“I think it’s safety first and I think we’re all agreeing that the fact these games are going ahead is the greatest bonus and the greatest achievement of sport this year, in decades, in a century of the Olympic and Paralympic movement. I have no doubt that my family will be making the very best of it in Sligo and in Dublin and in-laws in Castlebar and they’re going to make the very best of it. They’re going to have a great time. There’ll be a bit of a carnival atmosphere at home all the same.”

Martin Gordon is certainly excited about the prospects of his qualification for Tokyo – and he’ll know for sure this Saturday whether or not he will be on the plane to Japan in late August. 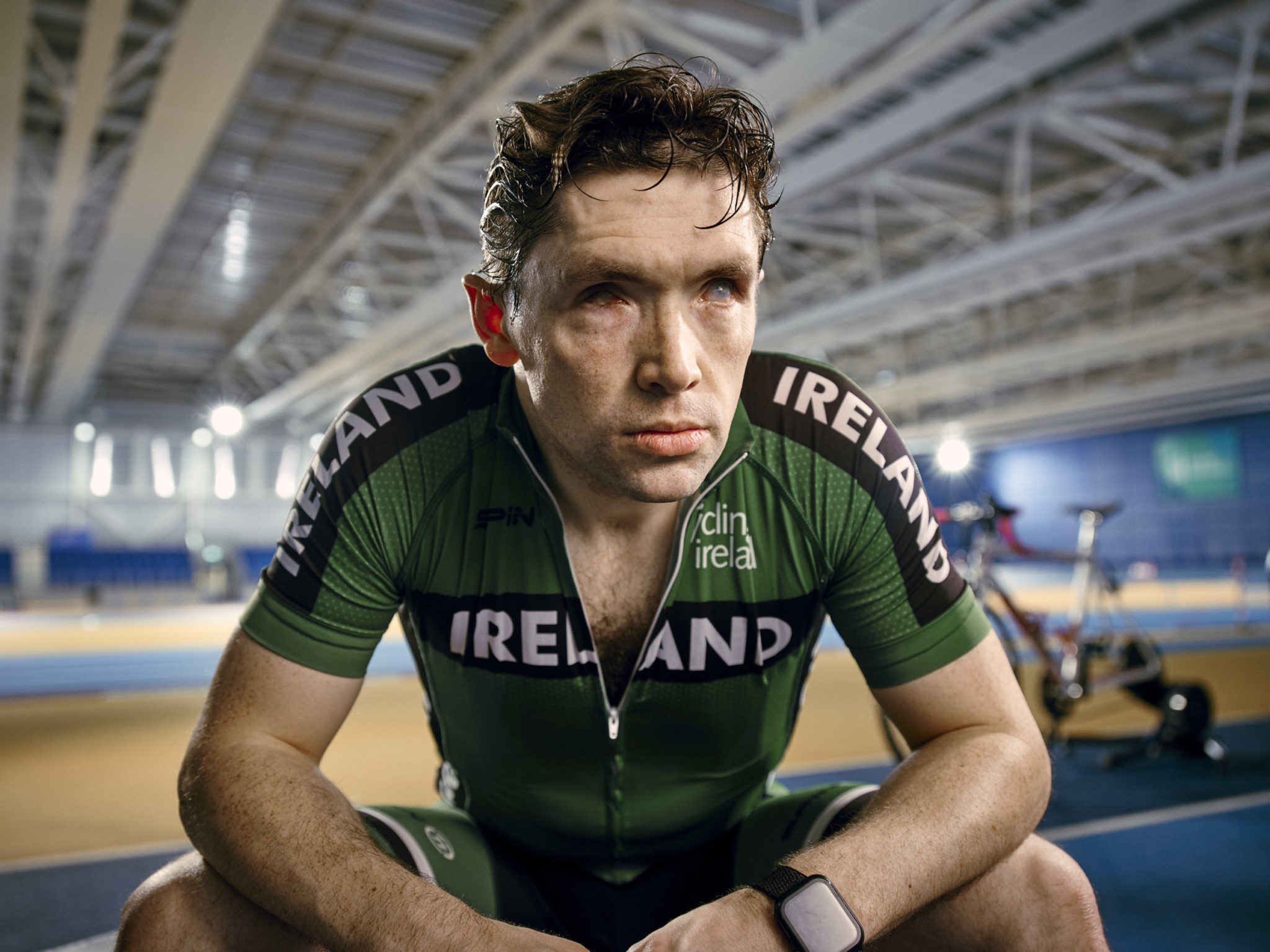 Irish para-cyclist, Martin Gordon, pictured in support of Paralympics Ireland’s new fundraising campaign ‘The Next Level’. The campaign aims to raise vital funds for para-athletes in Ireland and help to support Team Ireland’s journey to Tokyo 2021 and beyond. The campaign has raised over €70,000 to date. You can get behind the team now at: https://paralympics.ie 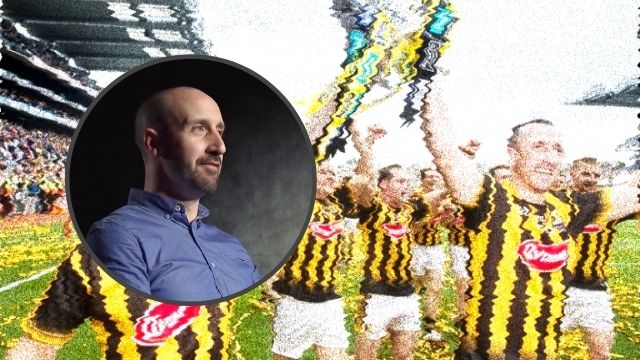 Martin Gordon Paralympics The Next Level