'You Have All That Planning In Terms Of Time, Training, Finance. That All Has To Change'

Jason Smyth believes the decision to postpone the Paralympics and Olympics until next year due to the Covid-19 pandemic was the right decision. That doesn't mean the five-time Paralympic gold medallist doesn't have mixed emotions about the situation.

Ultimately, for him and other athletes, it means major uncertainty about how they prepare with no definite date for the rescheduled Games circled in the calendar.

"For me, preparations started almost straight after Rio," the 32-year-old said.

"2017 was about setting the foundations and then working towards getting to the highest standard, it’s a four-year cycle and I am right where I wanted to be. The whole thing has to change now.

"You have all that planning in terms of time, training, finance, and that all has to change just when all of that should be coming towards a single point. That’s now not happening, and that’s a challenge.

"The Sport Institute [of Northern Ireland] is closed because people are working from home and I need people-to-people contact. Look at physios - what can they do? If I don’t get access to treatment, the longer it goes on, it increases the risk that I’ll get injured.

"There’s funding - will this have an impact on next year? There are huge questions and unknowns. Answers will come as time goes on and it’s all out of our control."

Smyth competes in the T13 para classification. That is for those with between five and ten per cent vision. He can see colours but no detail. Centrally, he is blind but he can see peripherally.

The sprinter - the second fastest Irishman ever over 100m - will continue to train. Athletics Northern Ireland have provided him with gym equipment to use at home. He had none previously as he used the SINI facilities. 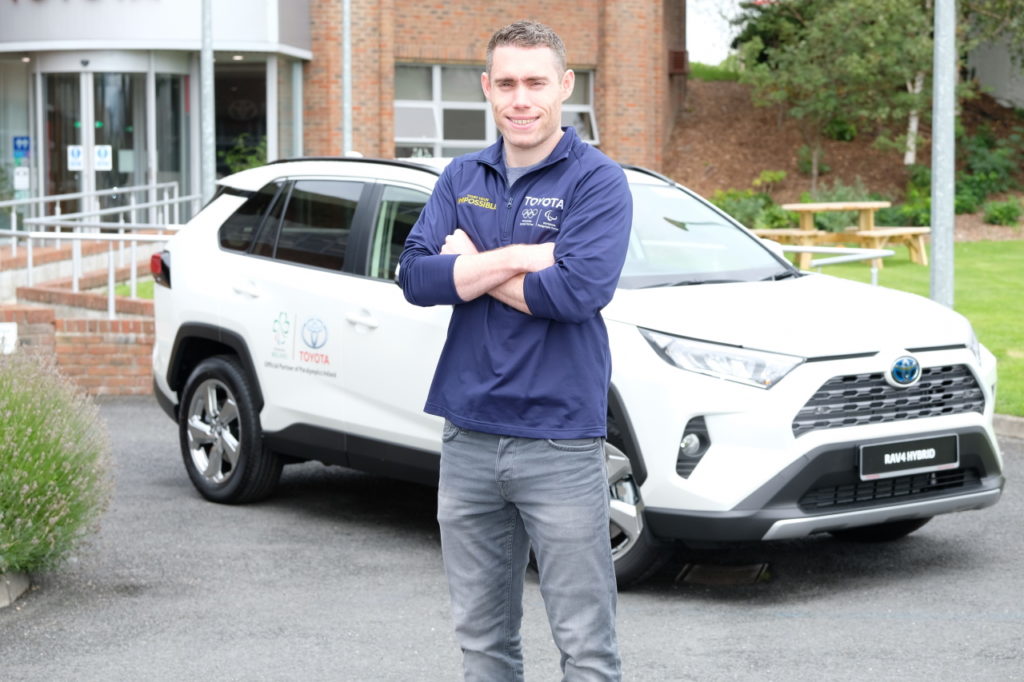 Jason Smyth is a Toyota ambassador and the world’s fastest Paralympian.

"Training-wise, I plan to still be able to run fast this summer even though there are no guarantees that there’ll be races," said Smyth.

I need to be in that shape and then later in the year look to build through winter training just like a normal season.

I’m lucky that in my situation, it’s probably as good as I could get and that reduces the chances of dropping off. Thinking of others – how long can they do without [facilities and structured training] without a drop-off? If you see no light at the end of the tunnel, that’s where the challenge is.

The impacts are different. Take middle distance runners, for example, they need less gym work and they can run more on the road or grass.

In technical events, like the jumps, they rely on equipment, swimmers need a pool. There’s only so long you can go on – you can adapt for a month, but if it goes on longer it gets harder and harder.

For Smyth, one of the frustrating aspects of the postponement must be that he was in his best shape of the last six or seven years.

"My plan was all about Tokyo and then reassessing after. It’s a four-year cycle and as you get older and closer to the end of your career it’s harder to plan four years ahead, but Paris 2024 is only three years on from Tokyo now.

"Being in a good place increases my longevity so the delay doesn’t change anything for me going into next year.

Toyota is an official partner to Paralympics Ireland and worldwide mobility partner to the Olympic and Paralympic Games. Toyota's team of five Irish athletes; Jason Smyth, Ellen Keane, Nicole Turner, Noelle Lenihan and Patrick Monahan will all feature in their "Start Your Impossible" campaign as they prepare for the Tokyo Games in 2021. Visit www.Toyota.ie for more information on Start your Impossible.