On This Day 2019: Ireland Qualify For Olympics In The Most Dramatic Fashion

While 3 November may be just a boring Tuesday in Irish sport, 3 November 2019 was anything but. In a mad day of sport, the Irish women's hockey team saved the best drama until last.

It has been a day of penalty shoot-outs across Irish sport. We had Derrygonnelly beating Trillick in the Ulster club championship, we had Shamrock Rovers ending their FAI Cup famine but nothing could come close to the drama served up in Donnybrook tonight. The Ireland women's hockey team are going to the Olympics!!

After a second 0-0 draw with Canada in their two legged qualifier, the sides' fate would be decided by five penalty shuttles each. Unlike a normal penalty stroke, with shuttles the attacker dribbles towards goal and has eight seconds to score.

With the shooting order reversed in sudden death, Roisin Upton stepped up first and buried her shot from near the end line, just in the nick of time. Canada's Amanda Woodcroft needed to score to keep their hopes alive but McFerran would not be beaten. With a nation watching on, she stood tall as the clock ran out and Ireland booked their place in the Olympics.

What a shootout! Here's the moment @IreWomenHockey qualified for @Tokyo2020 👏👏👏

A record of 6,317 in Donnybrook watched on as the team made it one hell of a weekend for Irish sportswomen. Next stop, Tokyo.

See Also: 7 Of The Wettest Days In The History of Irish Sport 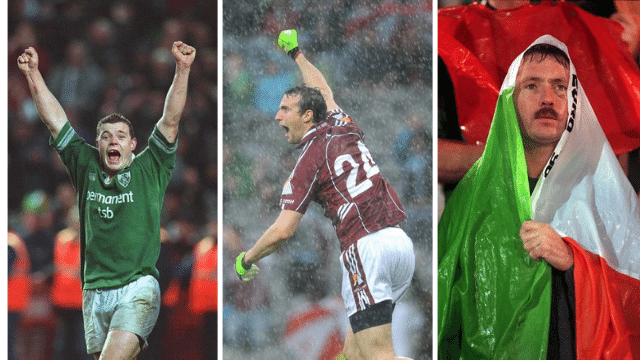