Olympic 100m champion Lamont Marcell Jacobs has admitted that the doping suspension handed to a CJ Ujah competitor 'made him smile', after the Italian's unlikely rise to gold had previously been questioned by some in the British media.

Ujah, who was part of Team GB men's 4x100m relay team at the games, has tested positive for two banned substances. He has been handed a doping suspension as a result.

The silver medal won by him and his teammates in Tokyo has now also come under threat, with the prize likely to be rescinded if he convicted of doping. Ujah would also face into a ban of up to four years.

CJ Ujah has been suspended from competition after testing positive for a banned substance.

This couldn't help but draw a smile from Jacobs, who had received some questionable treatment from the British press after his victory in the 100m final.

Some pointed out his links to Italian nutritionist Giacomo Spazzini, who is under investigation for allegedly illegally distributing anabolic steroids.  However, there has been no insinuation that Jacobs is guilty of any wrongdoing.

Doping? The situation has not touched me so much, I know the sacrifices and the blows I went through to get here and instead I want to enjoy it 100 per cent.

After seeing the Ujah investigation I would say that perhaps it is better to look into your own (British) house first and then attack others. It makes me smile.

To compound matters for the British, it was the Italian team that pipped them to the gold in that 4x100m relay final.

They may now not even get silver to fall back on.

SEE ALSO: The Kellie Harrington Story Is About More Than The Olympic Gold Medal 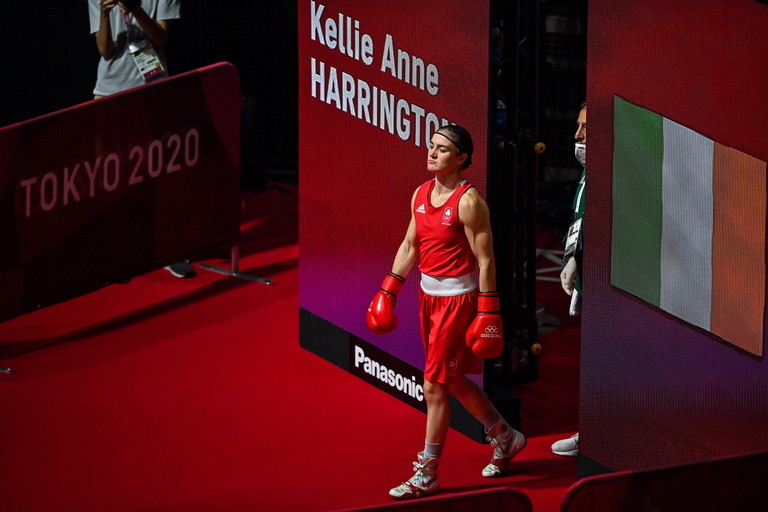