'I Got Through The Leaving Cert, Then I Was Able To Focus On The Olympics'

Meg Ryan made her Olympic debut overnight, competing in the all-around gymnastics qualification. The 19-year-old from Cork posted her highest apparatus score of 13.300 on the vault, scored 10.466 on the balance beam, 12.000 on the floor and 11.533 on the uneven bars.

She finished 25th in her subdivison with an overall score of 47.199. With further subdivisons still to compete, and the top 24 progressing to the final, her Olympics is over.

Still, the Douglas gymnast - who only finished her Leaving Cert last month - enjoyed the experience.

"To officially be an Olympian is just amazing, it’s surreal. It’s been an amazing experience overall, just looking around and taking it all in. I knew that no matter what happens, I was just going to try and enjoy it and be happy with the fact that this is the Olympics and I am an Olympian.

"Definitely a bit of nerves for me at the start, I think beam is always a shaky one to start on anyway. I got into it though, and after that I tried to put it behind me and focus on the rest and I think I did a good job with that and I was happy with the rest of the performance.

"I was also happy with my vault as that is something that I didn’t get to compete at Europeans. This is my first time competing in a long time so I’m happy with that and bars as well! These are some of the best gymnasts in the world so it’s amazing to be able to compete against them."

Despite a shaky start on the beam, Meg Ryan was delighted with her Olympic experience in the all around gymnastics#olympics #tokyo2020 #rtesport
? Watch live - https://t.co/YnjU8JEg9Q…
? Report - https://t.co/95se2FL2bj pic.twitter.com/Pt3BG58s3K

"That was a difficult year," she told RTÉ.

"The Olympics were delayed, so I knew I'd be doing my Leaving Cert as well.

"I had to mentally prepare myself early on. It definitely wasn't easy. There was a lot of work gone into it. I got through the Leaving Cert, and then I was able to focus on my training, and the Olympic Games."

Watch: Paul O'Donovan And His Olympic Interviews Have Made Their Glorious Return 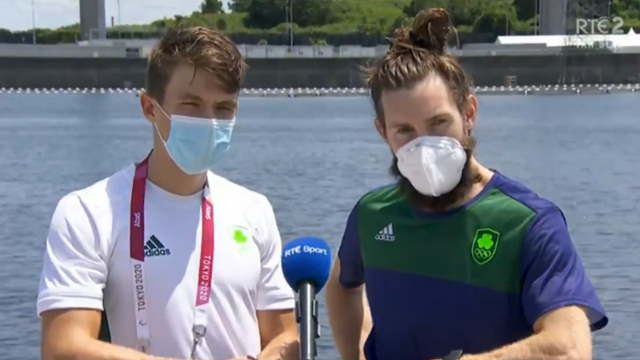