'We Are Best Friends... It’ll Be Tough In A Way Not Having Him Here'

On the track he’s all business but, by his own admission, Michael McKillop is still a big kid. He might be 31 now but he’s still lolloping around like a big playful puppy, insisting, with a grin, that “I have zero talent except running, that’s the genuine truth. Absolutely nothing!

“My wife’ll tell you. I’m not funny, I can’t sing, I can’t dance. I can’t even do a flatpack. I’ve only recently learned how to use an electric drill.”

The goofer role is one he plays well and he’ll underline it by rocking out to the Paralympic T38 1500m final on Saturday in a pair of signature silly socks.

But this is serious stuff and not just because he has a score to settle since failing to medal at the 2019 World Championships, his first time to miss a podium in 16 years.

But the game has moved on and he’s also hit more than one speed bump recently.

Victory in Rio came despite suffering from depression at the time, something he has since put behind him. 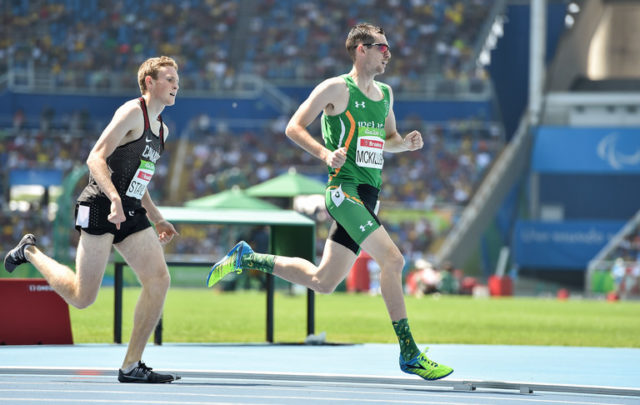 11 September 2016; Michael McKillop of Ireland in action during the Men's 1500m T37 Final at the Olympic Stadium during the Rio 2016 Paralympic Games in Rio de Janeiro, Brazil. Photo by Paul Mohan/Sportsfile

Marrying Nicole in late 2018 was one of the things that helped restore his equilibrium but there is also now the pressure of providing for more than himself and proving that the mental and physical issues he had after Rio - he lost a full year’s training to groin surgery in 2018 - are behind him.

“I’m in a very different place now. Since Rio I’ve got married, got two dogs (rescue cockapoos named Edgar and Nala after Disney characters) and a new home. I’m a lot happier.

“But there’s added pressure to perform because it’s a livelihood. If you don’t perform you don’t get paid,” he says candidly.

Like many athletes McKillop survives thanks to government grant aid and sponsorship and he is a brand ambassador for Allianz and FloGas.

He’s also been affected recently by the vagaries of para-sport’s classification system.

He’s included now with T38 athletes, who technically have a lower level of physical impairment and it also includes some runners who qualify through an acquired brain injury.

He could blame that for failing to make the world podium in 2019 but holds his own hand up.

I got it wrong. I missed the move at the very start and missed a medal by four tenths of a second because I had been injured for so long.

My previous big race was in the 2017 World Championships so I just wasn’t race smart and settled in a pack I should never have settled in.

One other key difference in Tokyo is that he is very much alone.

He is coached by his school teacher father Paddy and shares a unique history and dry wit with fellow Ulsterman Jason Smyth.

The pair have grown from boys to men on the tartan oval. Smyth always races earlier in the Paralympics schedule and then keeps McKillop calm and motivated in his build-up.

But, due to Covid regulations, the 100m superstar went home mid-week, leaving his running bro’ without his usual security blanket.

The Derry sprinter is a wise counsel whom McKillop deeply cherishes.

“Honestly nothing has changed in 16 years. Well maybe our conversations are more intellectual nowadays but we are best friends.

“We were found on the same day in Dublin at the age of 15 and 17. We’ve been to every single championship together, roomed together and won medals together. When we were younger we were in cloud cuckoo-land, getting away from family and having fun. Now we have families back home and have to provide for them.

“Jason always comes to the track before I compete. I’m quite an anxious person so it’ll be tough in a way not having him here.

“At the Worlds in 2019 it was tough. Jason felt he had to be more sensitive because he medalled and I didn’t, but I just told him to wise up. That’s how sport goes.

“But I stood and watched that medal ceremony. I wanted to take it in and park it and use it. The one thing I have left to prove to myself is that I can be back on that podium again.” 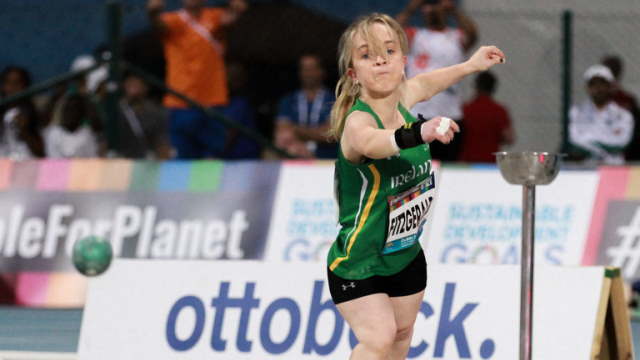 Olympics
8 months ago
By Cliona Foley
'It’s Just Sport. I Don’t Think It Should Be Put Up On Any Other Pedestal'
Previous Next