This week in Tokyo saw Mijain Lopez of Cuba win his fourth consecutive gold medal. It’s an incredible achievement. Though, every other athlete who wins four gold medals becomes the talk of every sports fan, even if just for the Olympics.

But we’re guessing you haven’t heard of Mijain Lopez and his incredible feats. That’s because Lopez competes in super heavyweight Greco-Roman wrestling - the ancient sport enjoyed by millions around the globe but may be the least reported sport in these parts.

Lopez first entered the Olympics in 2004 as a 21-year-old, winning his opening two bouts before losing to eventual gold medallist Khasan Baroev of Russia. 17 years on, he hasn’t lost an Olympic bout.

Entering the 2008 games as world champion, Lopez gained his revenge on Baroev, beating him in the final to earn his first gold medal.

2012 saw four more victories and another gold medal winning performance. This time he beat Estonian Heiki Nabi in the final.

Doubts were raised about Lopez ahead of the 2016 Olympics when he lost the 2015 world championship final to Riza Kayaalp of Turkey. He responded by not losing a single point in the tournament and beat Kayaalp in the final for gold number three.

Ahead of 2020, Lopez hadn’t been on the international scene. His teammate Oscar Pino earned Cuba a quota by winning silver at the 2019 World Championships (an event Lopez had not competed in since 2015). However, once the great man put himself forward for selection, there was only one man going to Tokyo.

He breezed through the opening three bouts on Sunday, including a semi-final whitewash of long time rival Kayaalp. In Monday’s final, the 38-year-old beat Iakob Kajala of Georgia to write himself into Olympic immortality.

He is, without question, one of the all-time greatest Olympians. You don’t need to know much about the sport of Greco-Roman wrestling to recognise his incredible achievements. 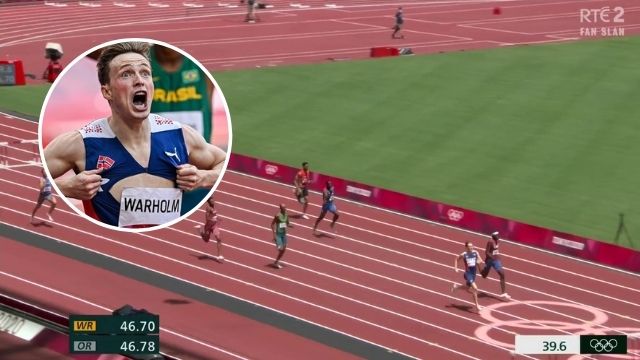 Olympics
2 weeks ago
By Balls Team
The Top 20 Irish Sporting Moments Of 2021
Olympics
2 weeks ago
By Michael McCarthy
After 11 Olympic Games, George Hamilton Finally Had His Irish Golden Moment
Olympics
3 weeks ago
By Jonathan Byrne
Ireland's First Olympic Flag Bearer: The Limerick Weight Thrower
Popular on Balls
Hurling
1 week ago
By Balls Team
A Tribute To GAA Players Who Looked Significantly Older Than Their Age
Rugby
2 days ago
By Colman Stanley
The Fascinating Journeys Of The 2012 Ireland's U20 Rugby Team
Football
1 day ago
By Gary Connaughton
Some Pundits Are Revelling In Rafael Benitez's Everton Sacking
32