What The 2024 Olympics Events Announcement Means For Ireland

Breakdancing being introduced into the Olympic programme for 2024 may be the most eye catching news as the International Olympic Committee confirmed the sport and events at which medals will be won in Paris.  It first appeared on the international games scene at the 2018 Youth Olympics and will make its debut at the big dance in 2024.

Of course some of that movement has been because of introduction of women's boxing. In 2012 and 2016 there were only 3 weights. For Tokyo that increased to five and for Paris it will again increase to 6.  It will mean there will be a total of 13 different boxing events in Paris with 7 for men and 6 for women.

In rowing, there was a move to eliminate the lightweight events. As Ireland has seen the vast majority of international success, including our only Olympics medal in rowing, in the lightweight events, the confirmation of lightweight double sculls for men and women in Paris is great news. Paul O'Donovan has won a world title (at either single or double) at the past 4 World Championships.

In athletics, the news for Irish athletes isn't so good with the 50km walk being removed from the schedule.  Donegal's Brendan Boyce finished 6th at the last world championship and we have a great history at the event with World Champion and Olympic medalist Rob Heffernan being the standout performer.  There may be a mixed race walk event but we'll see how that pans out.

Boyce took to Twitter soon after the announcement was made and certainly wasn't pleased with the decision.

Yes, no gender equality in 50k so it's booted and they will add a mixed gender event instead whatever that means. The rest of my thoughts on the matter aren't for public display but good to have my retirement organised by Thomas Bach.

The sport to see the biggest changes to its programme is weightlifting. After several games dogged by doping, its appearance at the 2024 Games is hanging by a thread. Only 120 quota places have been assigned to weightlifting for 2024.  As recently as Rio 2016, there were 260 quota places for weightlifting.

The announcement today should see a reaction soon from the individual sporting federations.

SEE ALSO: The Irish Footballers Who Played In The FA Youth Cup Final In The Past 25 Years 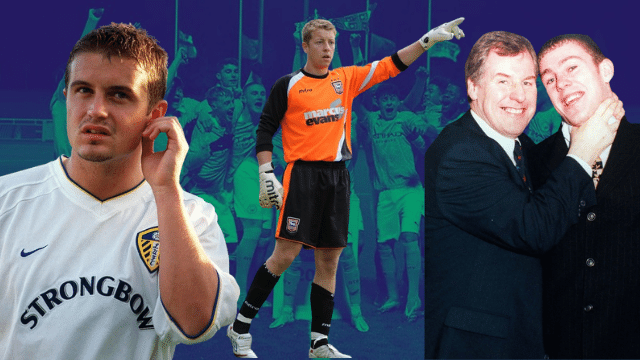 Olympics
2 months ago
By Mark Farrelly
On This Day 2019: Ireland Qualify For Olympics In The Most Dramatic Fashion
1

Boxing
4 months ago
By PJ Browne
'It's A Business. It'll Have To Be Worth The Money For Me To Turn Over'
Previous Next

Athletics
2 weeks ago
By Donny Mahoney
From High School American Football Star To Competing For Ireland
Olympics
2 months ago
By Mark Farrelly
On This Day 2019: Ireland Qualify For Olympics In The Most Dramatic Fashion
Boxing
4 months ago
By PJ Browne
'It's A Business. It'll Have To Be Worth The Money For Me To Turn Over'
Popular on Balls
Football
18 hours ago
By Emmet Bradshaw
Spanish Media Sharpening Their Knives For Struggling Eden Hazard
2