Mona McSharry is already thinking about setting new targets for the 2024 Olympics in Paris.

The 20-year-old from Sligo, who is competing in her first Olympic Games, placed eighth in the 100m breaststroke final in Tokyo on Tuesday. Reaching an Olympic final by 2024 had previously been her goal.

The race was won by the USA's Lydia Jacoby, with South Africa's Tatjana Schoenmaker picking up silver, and American Lilly King the bronze.

McSharry is the second Irish swimmer ever to compete in an Olympic swimming final, and the first in 25 years.


"It's mixed emotions," she told RTÉ.

"It was an amazing race. I wish I could have brought a bit more, that was my slowest time this year. At the end of the day, it's all about competing, and the times don't really matter.

"I put in a good fight, and I'm happy to come away from my first ever Olympics with an eighth place. It's really not that bad, I'll take it.

"I'm happy with how I did. It's three swims under 1:07, which is still really good. If you'd told me I was going to swim one, 1:06, I would have been happy with that. To do three, it shows I'm consistent and that the training is working. We'll take it.

"I'm really excited by the fact that it is only three years [to the next Olympics]. Making a final was my target for 2024. I guess we're going to have to sit down and make some new targets." 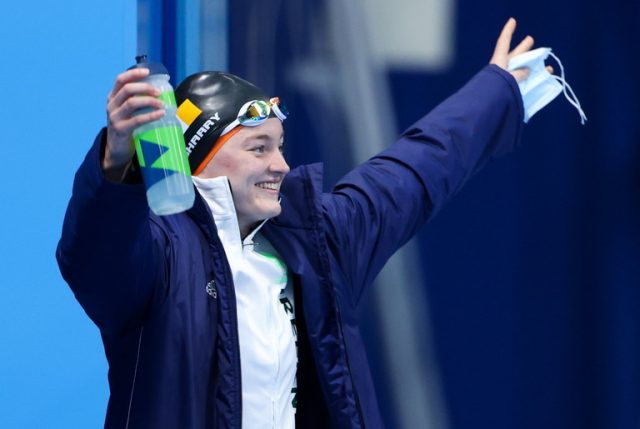 27 July 2021; Mona McSharry of Ireland before the women's 100 metre breaststroke final at the Tokyo Aquatics Centre during the 2020 Tokyo Summer Olympic Games. Photo by Ian MacNicol/Sportsfile

McSharry continued: "It's amazing, getting, I want to say, millions of messages from home.

"I love every single one of them, and I cherish them so much. To hear that people are willing to get up at three o'clock in the morning to watch me race, makes my heart feel warm. It's a really nice feeling. I love that the whole nation is behind me. I hope they're all proud of how I performed.

"Everyone knows who's on the real close-knit support team. I just want to say thank you to all of you. I wouldn't be here without you. The countless hours that you put in to support me, and understand that sometimes I can't go places, or drive me places. It's just amazing, and just shows how much support is behind the athlete. It's not just the athlete by themselves.

"It still feels weird when you have little kids come up, because I still feel quite young myself. It's such an honour to be able to inspire them, and show them that yes there will be hard times, but you've got to push through them, and this is what's on the other side."

McSharry will be back in the pool on Wednesday for the 200m breaststroke heats.

"I think I put in a good fight. I'm happy to come away from my first ever Olympics with an eighth place. It's really not that bad..." - Mona McSharry reflects on her first Olympic final pic.twitter.com/PVAzc8kTqr

See Also: 13 Years After Olympic Controversy, Egan Has Learnt From The Hits 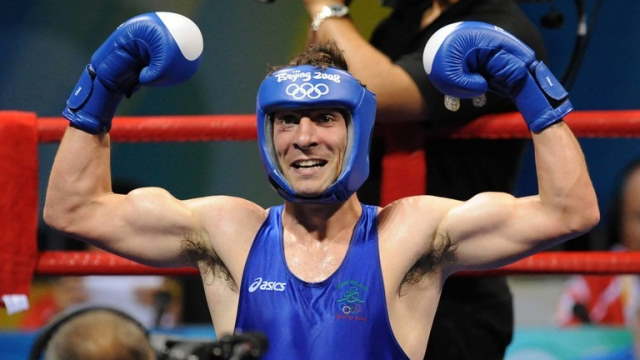 Olympics
3 months ago
By PJ Browne
Mona McSharry Makes History By Qualifying For Olympic Swimming Final
Popular on Balls
Football
10 hours ago
By Eoin Harrington
John O'Shea Explains How He Ended Up In Goal For Manchester United In 2007
GAA
17 hours ago
By PJ Browne
Three Live Club Football And Hurling Games On TV This Weekend
GAA
12 hours ago
By PJ Browne
Incredible Penalty Halts Premature Celebrations In Galway
GAA
13 hours ago
By Maurice Brosnan
'Bad Coaching. I Think That Is A Big Problem In The GAA'