After weeks of speculation, and after initial denials, modern pentathlon's governing body (UIPM) confirmed yesterday that the horse riding element of the sport will be removed following the 2024 Olympics in Paris.

The high profile problems with horses at the Tokyo Olympics prompted a review and at a committee meeting on October 31st, the decision was made to remove horse riding and replace it with another sport that follows "the Coubertin narrative of the most complete athlete." Cycling has been rumoured but the UIPM have launched a consultation on what should replace horse riding.

Ireland's Natalya Coyle was one of those most affected by the problem horses in Tokyo and she posted her thoughts on social media last night.

My thoughts on the recent updates modern pentathlon.

She expressed her displeasure with the decision saying:

"I am deeply saddened for the athletes who have invested so much in this great sport and are now faced with having to incorporate a completely new yet unknown element into their preparation for the Olympic Games in 2028."

The most striking part is confirmation that the decision was made without consulting athletes. Coyle is a member of the UIPM Athletes Commission who it appears weren't notified of the meeting that decided to remove horse riding.

"Post-Tokyo a working group was set up in recognition that the horse riding event needed to improve but in the quality of the riders of and the safety and welfare of the horses.

"I believe time should be afforded to the sport to implement these changes needed."

Modern Pentathlon is the sport that perhaps most needs Olympic inclusion and relies heavily on it's heritage.  It's fair to assume the UIPM was under pressure to keep the IOC and animal welfare lobbyists happy after the Tokyo issues, but making a decision without the consultation of those who participate seems hasty, at best.

The future of the sport is very much in the air now though and it's traditional place in the Olympics must be hanging by a thread.

SEE ALSO: 'When You're Really Close And It's Snatched Away From You': Natalya Coyle Reacts To Olympics Heartbreak 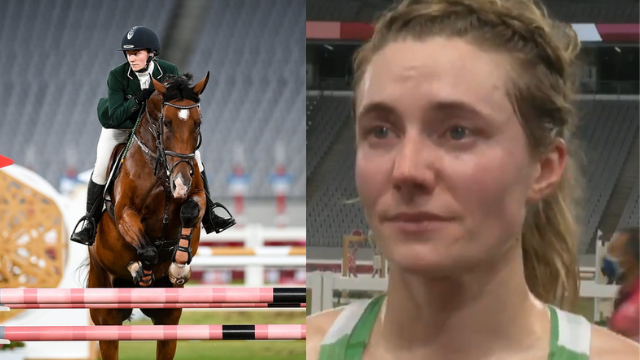