Irish Olympic gold medallists Paul O'Donovan and Fintan McCarthy have both been included in World Rowing's top 10 list of the best rowers for 2021.

The pair won gold for Ireland in the men's lightweight double sculls at the Tokyo Olympics in July. They also set a new world best time in their Olympic semi-final.

O'Donovan makes the list at number five and his fellow Corkman McCarthy is at number six.

Ahead of the Irish duo on the list are the four Dutchmen who won gold in the quadruple sculls in Tokyo. 31-year-old Dirk Uittenbogaard is at number one. 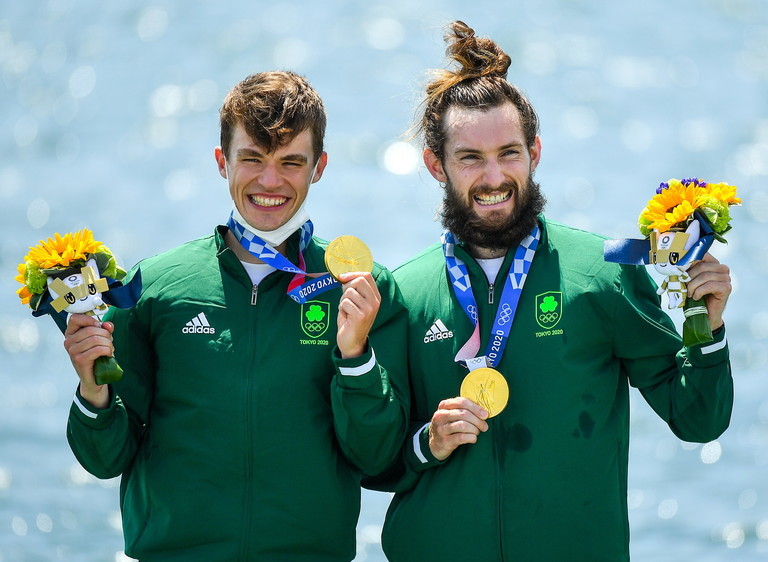 29 July 2021; Fintan McCarthy, left, and Paul O'Donovan of Ireland celebrate with their gold medals after winning the Men's Lightweight Double Sculls final at the Sea Forest Waterway during the 2020 Tokyo Summer Olympic Games in Tokyo, Japan. Photo by Seb Daly/Sportsfile

"Leading the bunch, and helped by his longevity in the sport, was Dirk Uittenbogaard," say World Rowing.

"Filling the bow seat in his country’s quad, Uittenbogaard started rowing internationally 14 years ago with the 2007 World Rowing Junior Championships. He medalled at the 2016 Olympic Games in the eight but 2021 truly was Uittenbogaard’s year, capped by Olympic gold." 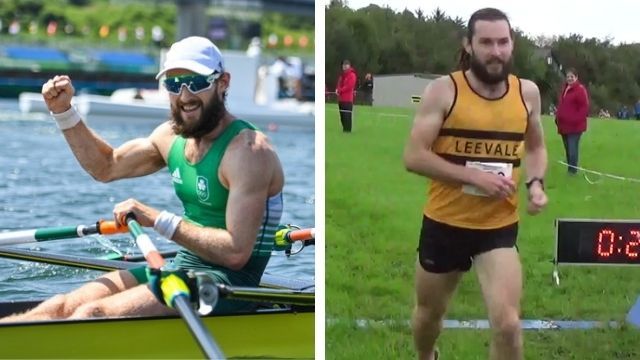 Olympics
4 months ago
By Michael McCarthy
After 11 Olympic Games, George Hamilton Finally Had His Irish Golden Moment
Olympics
9 months ago
By PJ Browne
Even After Winning Olympic Gold, There Are Still Chores To Be Done
Olympics
9 months ago
By Gary Connaughton
Paul O'Donovan Explains How Breaking Up Two Family Pairings Helped Ireland To Olympic Gold
Popular on Balls
Football
1 day ago
By Eoin Harrington
'Ronaldo Is A Cod' - Remembering Eamon Dunphy's Infamous 2008 Rant
GAA
16 hours ago
By PJ Browne
The Draw Has Been Made For Tailteann Cup Opening Rounds
GAA
1 day ago
By PJ Browne
Donal Óg Cusack Defends Dublin Hurlers After John Mullane Criticism
The Rewind
2 days ago
By Eoin Harrington
Watch: Brilliant Dermot Morgan Dublin Segment From 'The Travel Show' Resurfaces