Watch: Paul O'Donovan And His Olympic Interviews Have Made Their Glorious Return

We've been made to wait a year longer than expected but the Tokyo Olympics are finally underway and with that comes a true highlight of any Olympic summer - Paul O'Donovan's post-race interview.

The silver-medallist from Rio is back once again for the rowing at the year-delayed Tokyo games, and he and partner and fellow Skibereen man Fintan McCarthy enter the lightweight double sculls as strong favourites to take a gold medal.

The two cruised to victory in their opening race in the early hours of Saturday morning Irish time, and O'Donovan was in fine form once again after the race.

It was actually O'Donovan's partner Fintan McCarthy who kicked off the jokes in the post-race interview, as he revealed the pair's unique appraoch for preparing for the intense Japanese summer heat.

Yeah, it's quite warm. I suppose, you know, we've done a lot of prep, we did some cycling in our bathroom in Italy and we were on a camp in Banyoles in Spain before where it was quite warm. I think we're well prepared.

O'Donovan then chimed in to clarify that they had done all they could to make the Italian bathroom as hot as they could to maximise the effect of their climate training.

Ah yeah, sure we had the heater and the shower turned on.

It's certainly one of the more unusual training methods we've heard of, but clearly it's working. The two justified their favourites tag with a dominant win in the heats on Saturday, and now have a semi-final to look forward to later in the week.

O'Donovan played down expectations in the post-race interview, though, saying that himself and McCarthy were just racing for themselves.

Ah, I don't know is it all? Sure, we're only out there doing the rowing, we're not doing it for other people to have a thought about us, we're here for ourselves really. If people want to think we're favourites or whatever then they can do that and we don't care about that.

We knew that the Skibbereen man wouldn't be able to let the interview pass without at least one joke, and we weren't disappointed. When asked by Jacqui Hurley what message he would have for any Irish viewers who had braved the 3am start time to watch his race, O'Donovan replied:

Oh, I'd say go to bed, to be honest. Don't mind watching us fools here - there'll be repeats on in the morning I'm sure.

Paul O'Donovan and his brother Gary became sensations in 2016 with their interview answers at the Rio Olympics, and we can only hope that day one in Tokyo is just a flavour of similar things to come.

SEE ALSO: Overnight Recap Of Day One Of The Olympics For Ireland 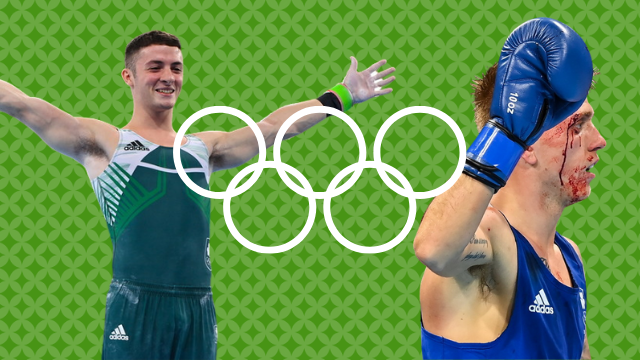