Emotion Spills Over For History-Making Phil Healy In Tokyo

36 hours after being part of the Irish 4x400m mixed relay team which ran in the Olympic final, Phil Healy's individual campaign in Tokyo got underway on Monday.

The Cork woman finished fifth in her heat of the 200m. It was not good enough for a place in the semi-finals. Though, her time of 23.21 was a season's best, and just 0.05 off taking one of the non-automatic qualifying spots in the next round.

While speaking to RTÉ's David Gillick following the race, Healy's emotions spilled over and tears hit her.

"I think it's because of the highs of the whole thing," she said.

"We didn't expect to be in an Olympic final. I'm going to be walking away from these championships as an Olympic finalist - it's a credit to all of the team that delivered."

Phil Healy bows out of the 200m after a fifth-place finish in her heat with a season’s best of 23.21 #tokyo2020 #RTESport #athletics

Healy's run on Monday was 0.22 off her personal best.

"I'm disappointed that it isn't quicker," she said.

"I gave it my all. I came out twice already for the 4x4 [relay]. I obviously had to sacrifice my individual event a little bit for that, but we came away with [an appearance] in an Olympic final.

The 26-year-old's Olympics is not over yet. She will make history on Tuesday when she becomes the first Irish woman to compete in three events at the Games.

"It's less than 24 hours when I'll be back out on this track again tomorrow," she said.

"It is hectic, and I obviously want to come here and do myself justice."

‘I feel I was below par today, but I have another opportunity' - History-making @philhealy2 says she is hoping to get over her 200m disappointment in tomorrow’s 400m #tokyo2020 #RTESport #athletics 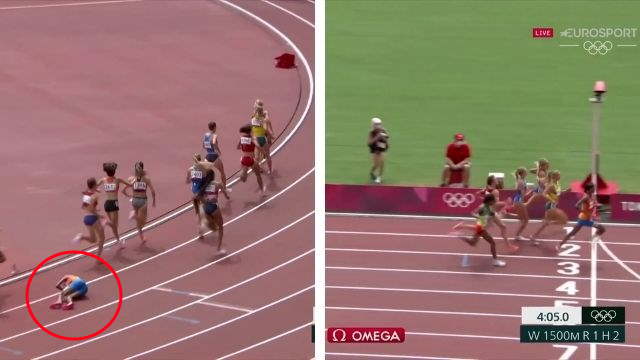