Rhys McClenaghan is a sponge for knowledge.

He rattles off the explanation of the shoulder injury which derailed his performance at last year's World Gymnastics Championships without missing a beat.

"I tore the labrum and because the labrum was torn, it was leaking fluid from the joint which then created a cyst which was putting pressure on the nerves," says McClenaghan, speaking at the announcement of global job site Indeed as official partner to the Irish Olympic team.

"When those nerves were pressurised, it was stopping some muscles from working in my shoulder and I couldn’t lift my arm vertically."

When you're trying to hold it all together in a pommel horse routine, like the 19-year-old was in late October, you need every one of those muscles working correctly. On that day, his lack of full fitness showed as he fell twice and failed to reach the final.

Just competing had been a shot to nothing for the Newtownards teenager. He had injured his shoulder three weeks earlier. On the advice of doctors and physios, he competed anyway, knowing the injury could not get any worse.

By the end of the following month, he'd undergone surgery at the Santry Sports Clinic and a long rehabilitation process began.

It was just two weeks before the European Championships in April that he got the go-ahead from the surgeon to begin full training once again. The fortnight's notice wasn't enough time to prepare for the competition - he would not have the chance to defend the pommel horse gold he had won eight months earlier in Glasgow. McClenaghan watched on TV as Great Britain's Max Whitlock took the title.

That Glasgow gold was won amid a turbulent period in his gymnastics career. Six weeks prior to the competition, McClenaghan was forced to leave his training base at the Rathgael Gym in Bangor after his coach Luke Carson was made redundant. The two had been based there since 2014.

Sport Ireland and Gymnastics Ireland subsequently stepped in and McClenaghan and his coach upped sticks and moved to the National Sports Campus in Dublin. 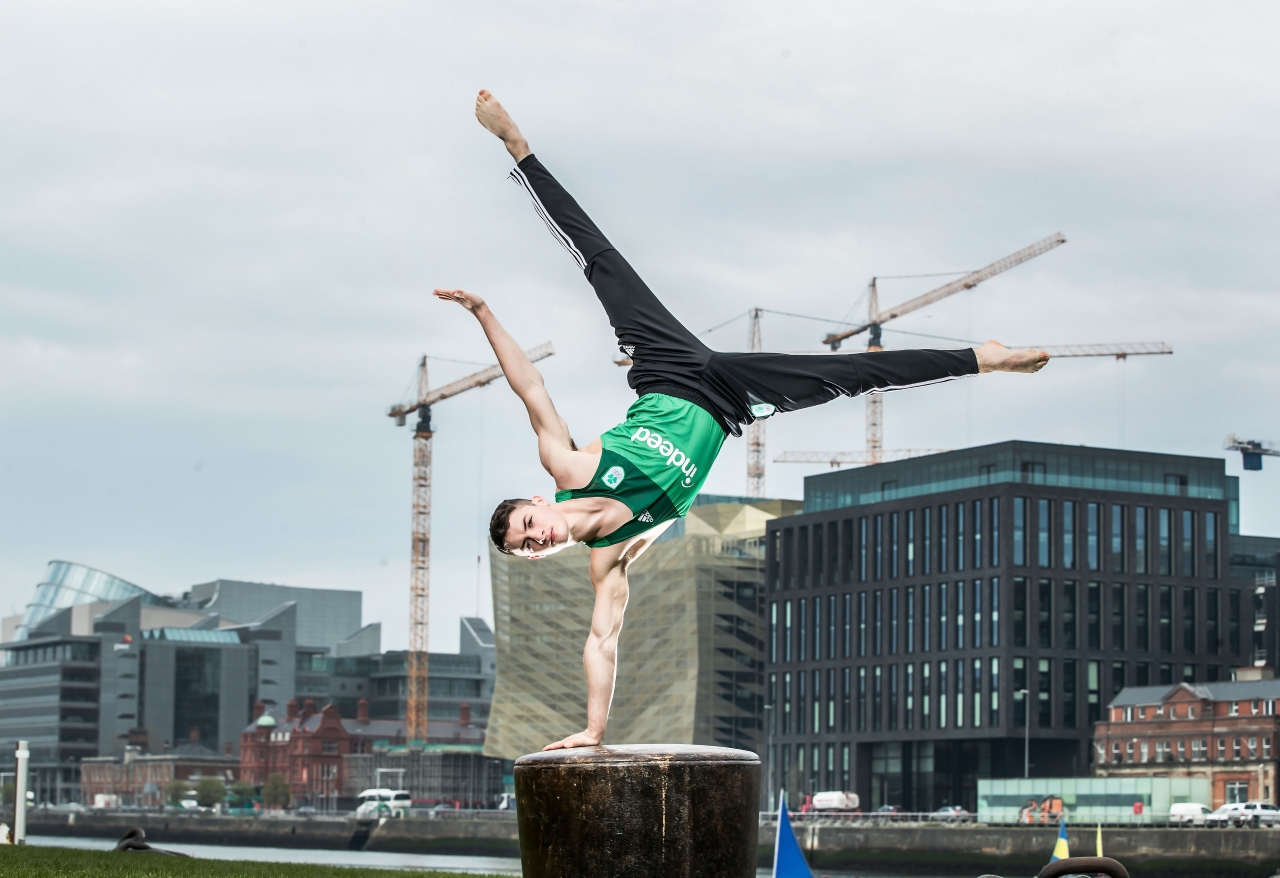 Being away from home for the first time was initially tough but the superb facilities helped him settle in. McClenaghan is pumping every last drop from the wells of support available to him.

"When I was at school, I thought about becoming a full-time gymnast," he says.

This has literally exceeded my expectations. It’s such a perfect scenario.

I’m using the nutritionists, psychologists; the doctors and physios have helped me rehab my shoulder.

Every little one per cent is helping me. If my foot is sore one day, I can just go to the Institute and sort it out.

Seeing a psychologist [Ella McCabe] regularly does help me mentally and puts me in a good place for the coming training weeks.

I can come to her and speak with honesty and truthfulness. We’ll just sit and talk about how things might change, how I can use little tactics to help motivate me.

Sometimes, as I’m sure happens with many sports people, it gets stressful. You can get worried at stages where you don’t want to be worried.

McClenaghan trains five days a week in Dublin, heading up home to Newtownards on Friday evening. Saturday is a recovery day and Sunday what he calls an "active day off" where he works on his core strength and flexibility.

Every day is a learning day.

"I like to talk with a lot of athletes - I’m very friendly with the boxers. They come down for squad training. I like to learn a lot from them.

"Going to the Olympics is a dream for most athletes - it’s huge. It’s the highlight of most athletes’ careers, even boxers who go on to do even bigger things in the pros, a lot of them will still say that.

"Even though they are making millions outside of amateur sports, they still look back and see that Olympic medal they won as the most special moment of their career, never mind the money. That just shows how powerful an event this is.

"Even talking to John Conlan [boxing coach and father of Michael and Jamie Conlan], I learn a lot from him. His two sons have had incredible success, especially Michael. I like talking to him because he sees the success from an outsider’s perspective as well while still being close to the successful person. I could talk to him forever."

October's World Championships in Stuttgart and their offer of Olympic qualification is the main focus of the year. McClenaghan can qualify through the pommel horse and also the individual all-around competition. If he is on that plane to Tokyo, McClenaghan will not be overawed by the greats populating the Olympic village.

"I was never really one to fan over many people," he says.

"I would much rather see somebody I respect and have a conversation with them, rather than get a photo and leave.

"I love picking people’s brains, I love learning from people who have been through it all.

"I wouldn’t be all jittery and fanboying all over them."

Football
7 hours ago
By Michael McCarthy
Quiz: Name The 9 Players Who Have Won The Premier League With More Than One Club
9