The general public don't tend to know a whole lot about what life inside an Olympic village is like, but if there is one thing that we do hear about, it's that there tends to be quite a lot of sex.

We have all heard the tales about the amount of 'relations' that takes place between athletes during the games, with organisers handing out a huge amount of condoms every four years.

Of course, things are a little bit different in Tokyo this time around.

Covid regulations means that such activities are discouraged on this occasion, with athletes meant to stay within their own bubbles to ensure as little disruption as possible to the schedule.

They even took the extraordinary measure of putting 'sex proof' beds into the village. The cardboard beds are meant to only support the weight of one person and thus prevent two athletes from hopping in between the sheets.

However, one Irish olympian has showed that the beds may not be quite as flimsy as advertised.

Rhys McClenaghan, who is one of the favourites for a medal in the men's pommel horse, has uploaded a video to his Twitter account to show that the beds are strong enough to take a bit of punishment.

“Anti-sex” beds at the Olympics pic.twitter.com/2jnFm6mKcB

Of course there is still only one person on that bed, but you would have thought that hopping up and down on it like that would have been out of the question if it was as weak as had been suggested.

This will be McClenaghan's first Olympics, having perviously won a bronze medal in the world championships. The 21-year old also has European and Commonwealth gold to his name.

He is definitely a name to keep an eye on in the coming weeks, although hopefully his bed still allows for a sound night of sleep after the abuse it has just taken.

SEE ALSO: 'Ireland Really Is Producing Some Superstars In The Past Few Years' 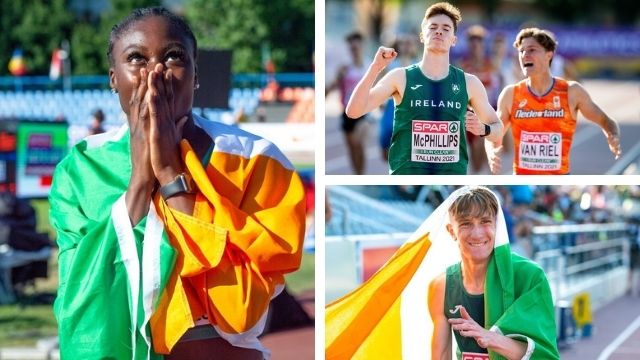